Benkos Biohó was the son of an African king born in the late fifteenth century in the region of Bioho in Guinea-Bissau.

At a young age, he was kidnapped by the Portuguese Pedro Gomez Reynel and sold to slave merchants.

In 1596, he was sold once again as a slave to the Spanish Alonso del Campo in Cartagena de Indias.

The maltreatment of slaves forced Bioho to rebel and flee his master, taking with him his wife, three other men and three other women, according to the historian Fray Pedro Simón, who wrote Bioho’s story in his epic work.

Biohó urged an extra 22 slaves, owned by Juan de Palacios, to rebel and flee with them. 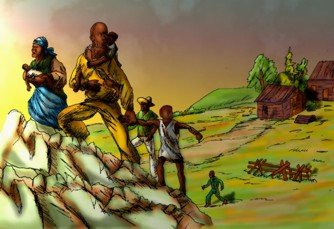 An illustration of their escape — Desde mi negritud

The group escaped into the swamps and camped near the village of Tolú, some fifty miles away.

This was where they organized themselves into a guerrilla type movement, led by Bioho, and for about five years they launched attacks on the Spanish.

After several attempts by the Governor of Cartagena to stop the activities of the group failed, he signed a peace treaty with the group in 1605 and gave them a small section of the territory of what is currently known as San Basilio de Palenque.

From that territory, Biohó and his group established themselves as free people, otherwise known as the Cimarrones.

Biohó also made the Governor sign agreements that allowed his people to be able to carry arms and freely go wherever they wanted.

He also demanded that they are treated with respect by all Spanish authorities.

Things, however, changed when a new governor arrived in 1621. This Governor wrote to Spain that Bioho had established a walled city, also known as a Palenque, where the Spanish were not allowed to go.

The city, he said, was well fortified and protected by Bioho’s army. 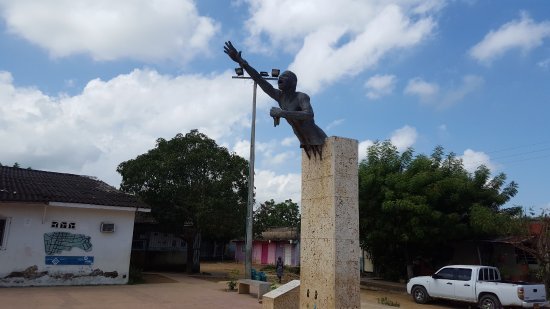 The governor, nevertheless, sent troops to the area but Biohó’s people disarmed them and warned them never to come back.

The Governor sent more armed troops and Biohó was captured and hanged on March 6, 1621.

This led to an insurgency that lasted until 1691 when Domingo Criollo, a Palenquero, asked the King of Spain to step in.

The King consequently gave all Palenqueros born in the Palenque their freedom and the right to live in freedom on the lands where the Palenques (communities of runaway slaves) were located.

Till date, the Afro-Colombian inhabitants of San Basilio de Palenque, a village about an hour from Cartagena, have preserved many of the customs of their African ancestors.