A self-proclaimed Kenyan Jewish leader Yehudah Kimani has been denied entry into Israel and deported to Ethiopia.

According to The Times of Israel, Kimani arrived in Israel on Monday night at the invitation of the Conservative Yeshiva, a co-educational institute for study of traditional Jewish texts that is based in Jerusalem, for a three-week study program.

But upon arrival at the Ben Gurion Airport in Israel, the young Kenyan was immediately detained in the holding area and later deported to Ethiopia.

In a statement sent to newsrooms on Tuesday, Israel’s Ministry of Interior confirmed the incident, claiming that Mr. Kimani was denied entry because he failed to disclose why his earlier visa request had been denied.

But local activists have dismissed the ministry’s explanation, saying Kimani’s rejection was part of the ongoing discrimination by Israel against non-orthodox Jews and black Jews.

“They just told me to go back. I feel like I’m not even a human,” Kimani said, adding that there was no section on the visa application form requesting him to disclose details of his previous applications. 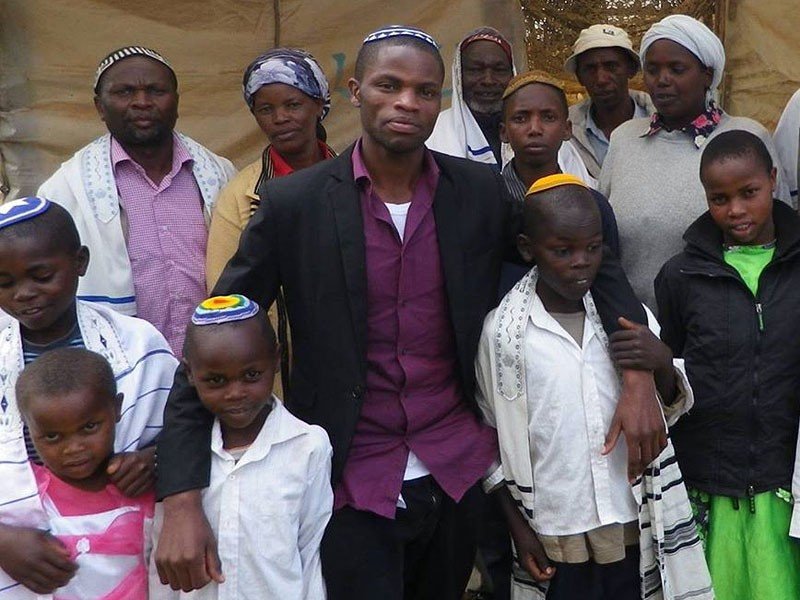 Mr. Kimani, who has been using Facebook to network with other Jews from across the world, had been invited to Israel by Justin Philips, a retired judge sitting on the board of the Conservative Yeshiva, to participate in a short training program as a guest trainee.

But even after enduring the prolonged hassle of obtaining a visa from the Israeli Embassy in Kenya, Kimani was shocked to hear that his visa was not valid. Officials at Ben Gurion Airport in Israel immediately confiscated his visa and placed him in the holding area awaiting his deportation on the next flight to Ethiopia.

“This is naked racism. They [Israelis] don’t like non-orthodox Jews and they don’t like black Jews. We have a lot of problems to get visas for Conservative Jews,” Philips told The Times of Israel.

Kimani, who is still searching for his missing suitcase, is confident that he will return to Israel someday to meet fellow Jews, majority of whom he has connected with through the internet. In the meantime, he is focused on finishing the construction of a local library in Kenya as part of his charity work.