Described as the strongest hurricane to hit the United States since Hurricane Charley in 2004, Hurricane Harvey has wreaked havoc in Texas, U.S., leaving at least eight people dead and thousands stranded.

But in the midst of all the chaos, the United States government in conjunction with well-wishers is working round the clock to ensure no more lives are lost. Reports indicate that the Houston police have rescued more than 1,000 people since last week Monday morning.

This brings the total number of people rescued since the rainstorm started last week Saturday to over 3,000, according to Houston City Mayor Sylvester Turner. Given the enormous magnitude of Hurricane Harvey, it’s quite commendable how the American government has handled the situation.

Although eight people have regrettably lost their lives in the storm, perhaps there are a few positive lessons that other countries, especially African nations, should learn from the whole debacle. 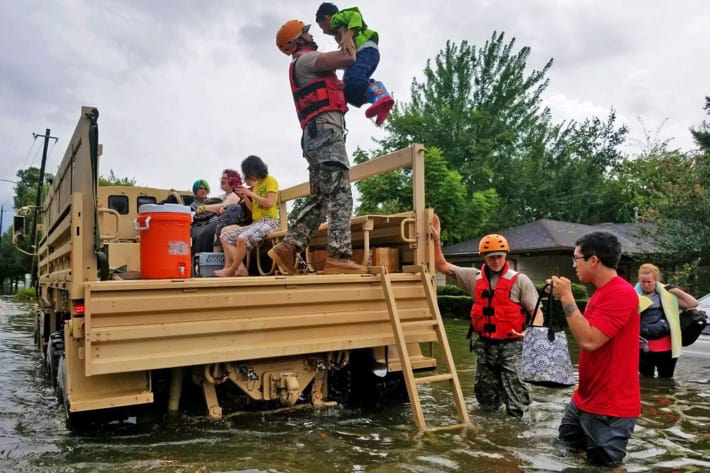 A rescue operation in Texas during the Hurricane Harvey. Photo credit: The Cut

Given that similar tragedies of smaller magnitudes end up causing total devastation and massive deaths in Africa, maybe the first lesson that African leaders should draw from their American counterparts is how to mitigate the effects.

As late as last week, the world witnessed one of the deadliest natural tragedies in modern history when a mudslide buried hundreds of homes in the capital city of Sierra Leone, Freetown, leaving more than 1,000 people dead.

According to local reports, late response and lack of proper rescue machinery contributed immensely to the huge death toll. One can’t help to imagine how another country like the U.S. could have handled the situation. 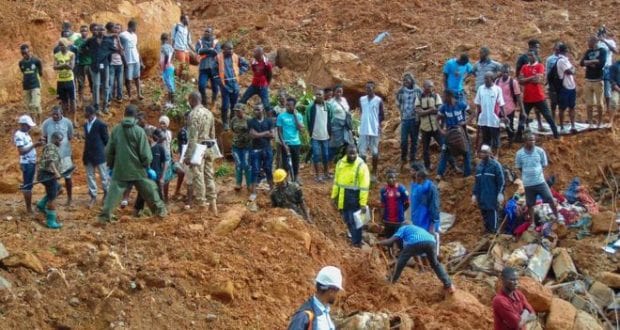 Then there is the question of general disaster preparedness. Comparing the way the two disasters in Sierra Leone and the U.S. were handled, the difference in level of preparedness is like day and night. African governments always seem to be caught flatfooted.

On Friday night, as the hurricane was touching down in Corpus Christi, Texas, the President of United States Donald Trump was signing a federal disaster declaration to support the local response team in Texas, which he said in a Tweet “unleashes the full force of government help”.

The Federal Emergency Management Agency, on the other hand, quickly mobilized its machinery and placed its teams in different parts of the affected region to assist in response.

“I think post-Katrina, from a preparation standpoint, one of the lessons was prepare, prepare, prepare – and when you are done preparing, prepare a little more,” Paul M. Rosen, former chief of staff at the Department of Homeland Security under President Barack Obama, told the Washington Post.

His comments sound like a perfect piece of advice for African leaders, who more often than not seem to be caught off-guard by simple natural calamities like floods and landslides.

The other most important lesson that Africans in general must learn is the importance of ensuring that resources are used for what they’ve been allocated for. In Africa, many are the times when resources set aside for emergency response end up in the pockets of a few greedy individuals.

This can easily be dealt with by putting in place mechanisms that will ensure every coin set aside for disaster management is fully accounted for and making corruption a costly crime.

By adopting these simple tactics, the continent will have made a major step towards winning the war on deadly calamities.