Her full name is Efunporoye Osuntinubu Olumosa, but she is popularly known as Madam Efunroye Tinubu. She lived between 1810 and 1887. Today, a massive statue of her stands proudly in Lagos State, and the life of this powerful Yoruba slave trader and political activist is both shamed and celebrated.

Madam Efunroye rose from an average family to a status of wealth. She was born in present-day Ogun state to trading parents and picked up the skill from the women in her family.

As a trader, Efunroye had great skill in traditional herbs and was widely known for selling local medicine that could cure many diseases. This was another skill she picked up from her grandmother who was a notable traditional herbalist at the time. 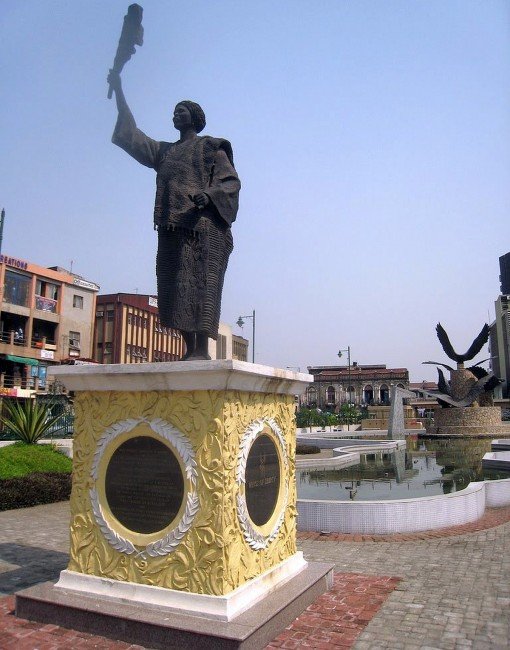 Statue of Madam Tinubu in Lagos

Efunroye had several marriages and many children, and a few of her husbands are known to have mysteriously died. According to traditional stories, Madam Efunroye used her charms to seduce men of power to climb up the social ladder because she was not physically attractive. After her first husband died, Madam Efunroye used her supposed charms on the then exiled Oba Adele Ajosun in 1833.

The Oba married her and moved with her to Badagry, the home of exiled monarchs and one of the first slave ports in West Africa. In 1835, the Oba returned to his throne, but Madam Efunronye stayed in Badagry. It is in Badagry that Madam Efuroye reached the peak of her success using her husband’s influence to gain strong grounds in the trading business.

Born into a tradition where postcolonial slavery was prevalent, Madam Efunroye continued in local slave trading and extended her prowess into tobacco and salt. Her husband died a few years later, and she was very much involved with her his son, Oluwale becoming the new Oba.

Shortly after, she married the military advisor of the Oba, Yesefu Bada. Madam Efunroye continued to extend her trade and ventured into the palm wine business. Through her marriage to the military advisor, she established contact and trading partnership with the Brazilian, Portuguese and other European traders who transacted trade through the military for protection.

It didn’t take long for Madam Efunroye to partner with the British to trade African slaves. In an interview with historian Dr John Henrik Clarke suggests that Madam Efunroye did not know about the differences between local and colonial slave trade. She became more powerful after helping her brother-in-law, Akintoye become the new Oba after the sudden death of Oba Oluwale.

Oba Akintoye rewarded her with several valuable stores in Lagos and built a massive house for her to match her status. She became a close advisor of the Oba and was very influential in his decision making. Madam Tinubu later became an advocate for the abolition of the colonial slave trade after realising the torture and sufferings that slaves went through. 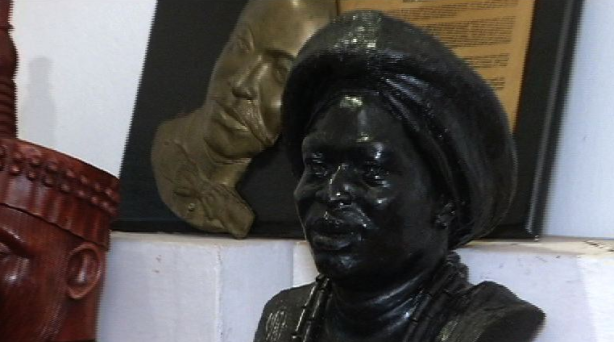 She became a staunch advocate against British rule and was exiled. Her exile was because she had secretly organised a plot to remove British Consul Benjamin Campell in 1856 but was confronted and escorted out of Lagos at gunpoint.

She moved to Abeokuta where she traded in firearms and gunpowder being a major supplier during the war against Dahomey. Through her political influence and power, Madam Efunroye was able to get many traditional rulers including Oba Akintoye to sign documents that ended Africans selling other Africans to the Europeans.

She focused on crop trading and started a business in Coconut oil and cotton in replacement of colonial slave trading. Until her death in 1887, Madam Efonroye Tinubu was successful in the fight against the slave trade and also became an essential figure in Nigeria.

In 1864, after successfully expelling British and local invaders, she was given the title of ‘Lady Iyadole’ which translates to the ‘First Lady’ and was known as Chief Tinubu. Her last marriage was to the Arabic Scholar Momor Bukar whose children took her name after his death.

She was buried in Abeokuta and the Independence Square in Lagos was later renamed the Tinubu Square. A few scholars such as Oladipo Yemitan argue that she secretly continued in colonial slave trade until she died.