A former slave from Ethiopia, Malik Ambar’s life tells the story of slaves who were brought to India only to later take up the reins of power.

Malik, born under the name Chapu, in 1548 A.D., was among thousands of men and women who were captured in Africa and sold into slavery in the Middle East and India over centuries.

Despite being permanently taken from his home and family to be sold several times, Malik beat the odds to become Prime Minister of India’s Ahmadnagar Sultanate, an empire that spanned much of modern-day Maharashtra and Madhya Pradesh.

Being a king-maker in southern India’s interior region known as Deccan, Malik was also the leader of the area’s most powerful army against Mughal rule. 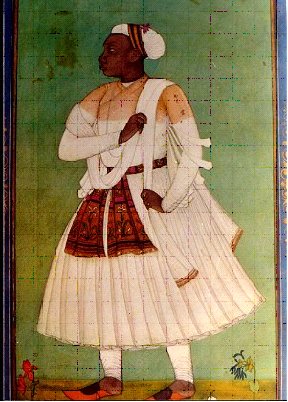 Malik, in his young days, first found himself in Baghdad, where he converted to Islam and met the merchant, Kazi Hussein, who later gave him the surname Ambar.

Malik received education under this merchant but was resold and sent to India after the merchant’s death.

In India, Malik served under Chengiz Khan, the Regent Minister of the Sultan of Nizam Shahi in Ahmadnagar.

Khan was an Ethiopian, and for twenty years, Malik served him loyally. During this period, Malik learned diplomacy and military strategy, critical traits that he would later carry into his life.

When Khan died, Malik, according to practice in the Deccan court, gained his freedom and subsequently became a renowned mercenary, with the size of his army growing in numbers as he gained recognition.

By 1600, Malik, who was now a full-fledged mercenary general, became the leading figure in the resistance movement against the spread of the Mughal Empire into the Deccan. 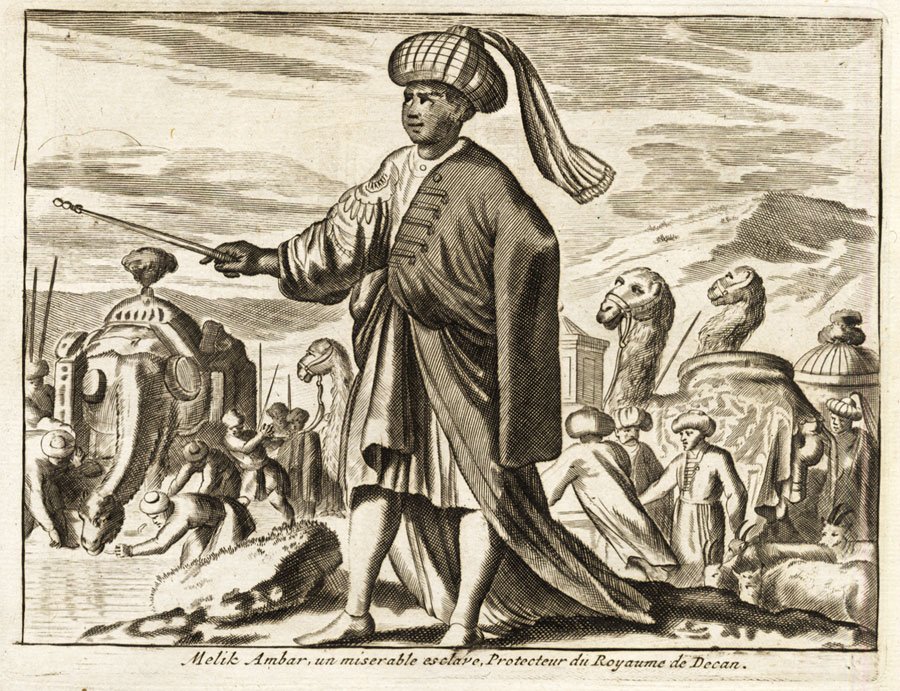 After defeating the armies of two Mughal emperors, Akbar and Jahangir, in battle, Malik’s armies, numbering about 1500 and containing ethnicities such as Africans, Arabs and the Deccani, were for a quarter of a century hired by local kings who were also resisting invasion by the Mughals.

By defeating Akbar’s forces in 1601, historians say Malik kept the Sultanate intact for the succession of its new ruler, who was a young boy he had married his daughter with.

Making the boy the king at the age of five, Malik became the de facto ruler.

Malik, during his reign, changed capitals and founded a new city, Khadki (the future site of Aurangabad), where he launched a sophisticated irrigation system, built several palaces, and even married his children into the families of Indian nobility with the aim of integrating Africans into elite South Asian society. 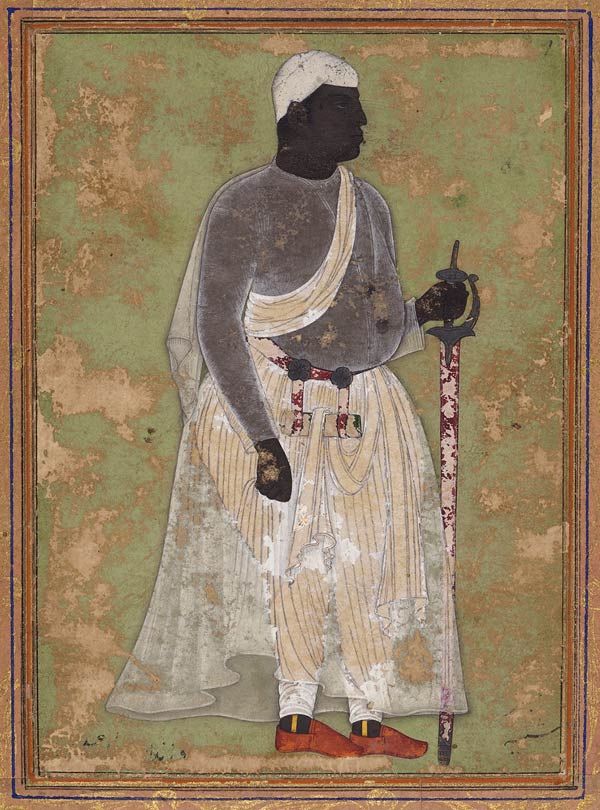 He continued to fight against invasion of the Mughals and formed many alliances using artillery obtained from the British, Portuguese and the Dutch.

His reign was not as smooth as expected due to his constant battle with opponents. He passed away in 1626, aged 86, and was succeeded by his son, Fatteh Khan, who only reigned for a short while as he was imprisoned in 1629.

Till date, Malik is observed by many as one of the greatest leaders of the Deccan region.