Modibo Keita made history on July 20, 1960, when he became the first president of Mali. A man of radical ideas, he adhered to the ideals of African socialism and was vocal about his dislike of colonialism.  He sought to solidify the economic state of Mali.

He created partnerships with additional African countries in hopes of forming a conglomerate of African nations working for the greater good of the continent as one entity. Let’s take a look at the rich history of Modibo Keita. 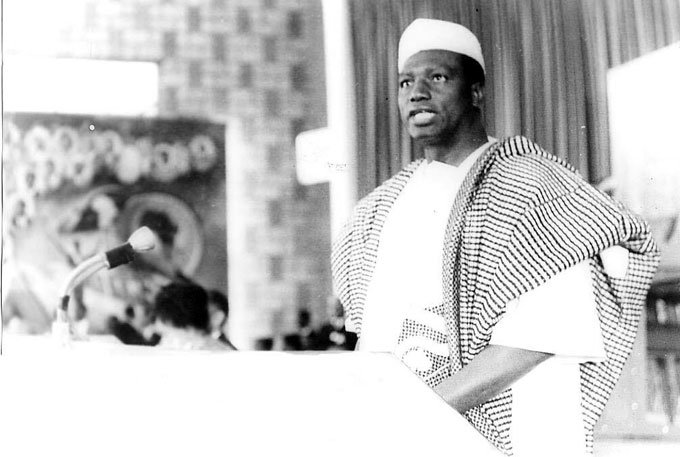 Born on June 4, 1915, in Bamako-Coura, Upper Senegal and Niger (current day Mali), Keita’s ancestry stems from the forefathers of the Mali Empire.  He received his education in Bamako. He attended the école normale William-Ponty in Dakar, where he proved to be an exceptional student by ranking top in his class.

Keita, along with Ouezzin Coulibaly, formed the Union of French West African Teachers. He was the manager of an art and theatre group as well as playing an active role in several organizations. 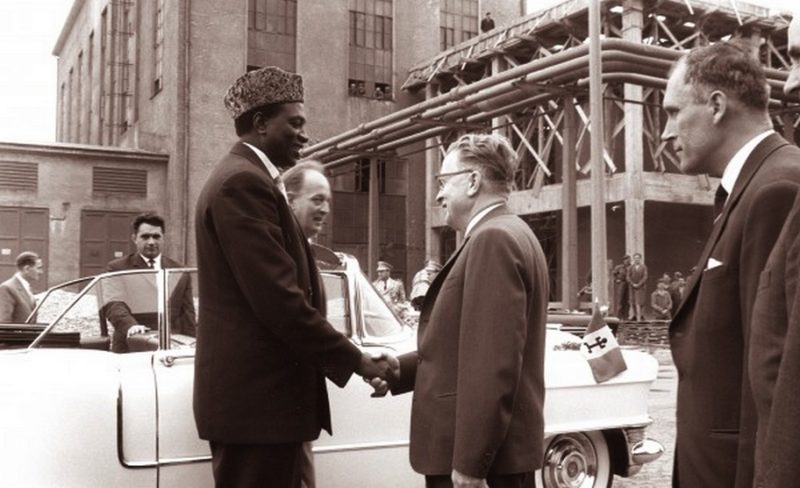 Modibo Keita on the left…Révolution-Afrique

Keita joined the Communist Study Group. In 1943 he formulated the L’oeil de Kénédougou, a magazine that criticized colonialism. Subsequently, he was jailed in 1946 for three weeks at the Prison de la Santé in Paris.

In 1945, Keita alongside Mamadou Konaté instituted the Bloc soudanais; it later developed into the Sudanese Union. 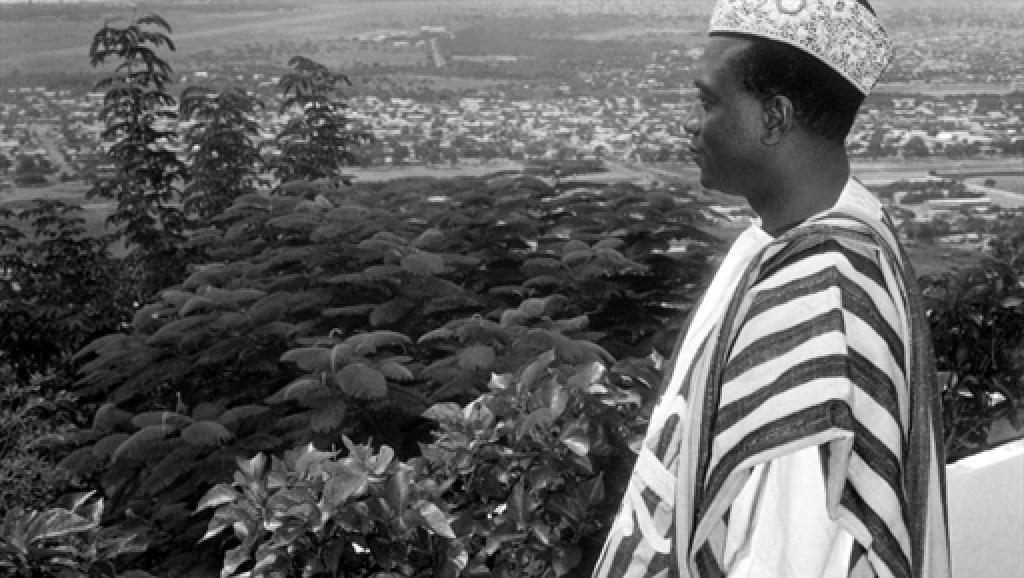 After the forming of the African Democratic Rally (RDA) in October 1946, Keita became the RDA secretary general.  He later held the posts of head of the Sudanese affiliate, general councillor of French Sudan, mayor of Bamako, secretary of state during the regimes of Félix Gaillard and Maurice Bourgès-Maunoury, as well as assembly president of the Mali Federation; it consisted of Senegal and French Sudan.  Senegal later left the federation.

Keita was also a member of the National Assembly of France.

With the downfall of the RDA, Keita secured his political power by becoming the president of Mali.

He immediately attempted to stabilize the Malian economy by developing the SOMIEX (Malian Import and Export Company) in October 1960.  The creation of the Malian Franc in 1962 introduced inflation and dissatisfaction among businessmen and agricultural workers.

1964 ushered in the reelection of Keita. He stuck by his socialist ideals while attempting to forge alliances with the western world as evidenced by his trip to the White House during President Kennedy’s presidency.

As a Pan-Africanist, he developed the Union of the States of Western Africa with former Ghanaian president Kwame Nkrumah and Sèkou Tourè, the former president of Guinea.  He was also an instrumental figure in forming the Organization of African Unity.

He played a part in ending the Sand War of 1963. He negotiated the Bamako Accords which included Ethiopia and ended the conflict. From 1963 to 1966, Keita realigned relations with Cote d’Ivoire, Upper Volta and Senegal.

On November 19, 1968, General Moussa Traorè overthrew Keita in a coup d’état. Keita was sent to prison in Kidal, Mali. Keita remained imprisoned until his death on May 16, 1977.

In 1992, Traorè was ousted out of power by Alpha Oumar Konarè.

During his lifetime, Keita was honored as an honorary Knight Grand Cross of the Order of Saint Michael and Saint George by Queen Elizabeth II. On June 6, 1999, a monument in honor of Keita was dedicated in Bamako.

Keita was survived by one of five wives, Mariam Travèlè. She died on April 14, 2014.