Over the weekend, while you were probably having a bite of your favourite cupcake or making plans to get yourself a cake treat because the sweet life is the best life, 6 cake experts including a 10-year-old cancer survivor Khyla Korbwere  together with grandson of Nelson Mandela , Ndaba Mandela unveiled the largest Nelson Mandela cake after 5 days of hard work. 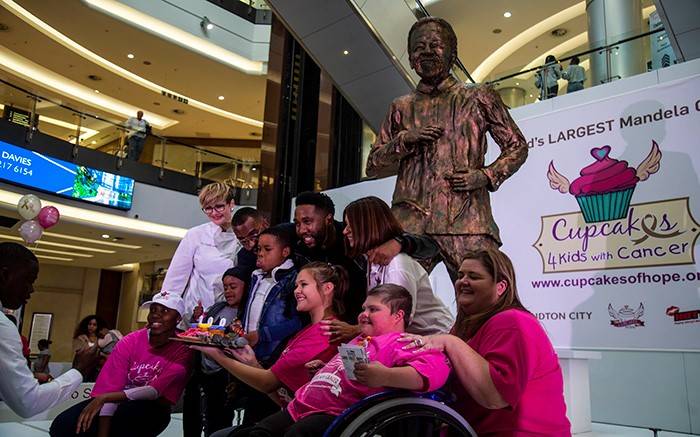 Led by cake artist Dorothy Clerk, the cake is set to make it into the Guinness Book of Records as the world’s largest Mandela cake. With ingredients such as 1,200 eggs, 175 kilograms of flour, 100 kilograms of buttercream, 290 kilograms of chocolate and 60 kilograms of fondant, it took 5 days to complete the  vanilla‚ chocolate and red velvet cake. The cake is an image of a standing Nelson Mandela which is 3 metres tall weighing 750kg.

The cake was a collaboration between  Sandton City’s Centre Court and cupcakes of Hope, a non -profit organization whose main focus is to draw attention and awareness to childhood cancer. Aside from raising awareness, the organization also raised funds for children with cancer by baking and selling cupcakes. The idea of the cake was a part of the Nelson Mandela centenary celebrations.

Cakes can be fun to make and are usually for celebratory reasons, however, in an interview, Dorothy states that “The biggest challenge was the time restraint‚ and having to work away from my studio. But I enjoyed being part of such an immense project‚ knowing that the awareness and funds raised will assist children battling with cancer.” 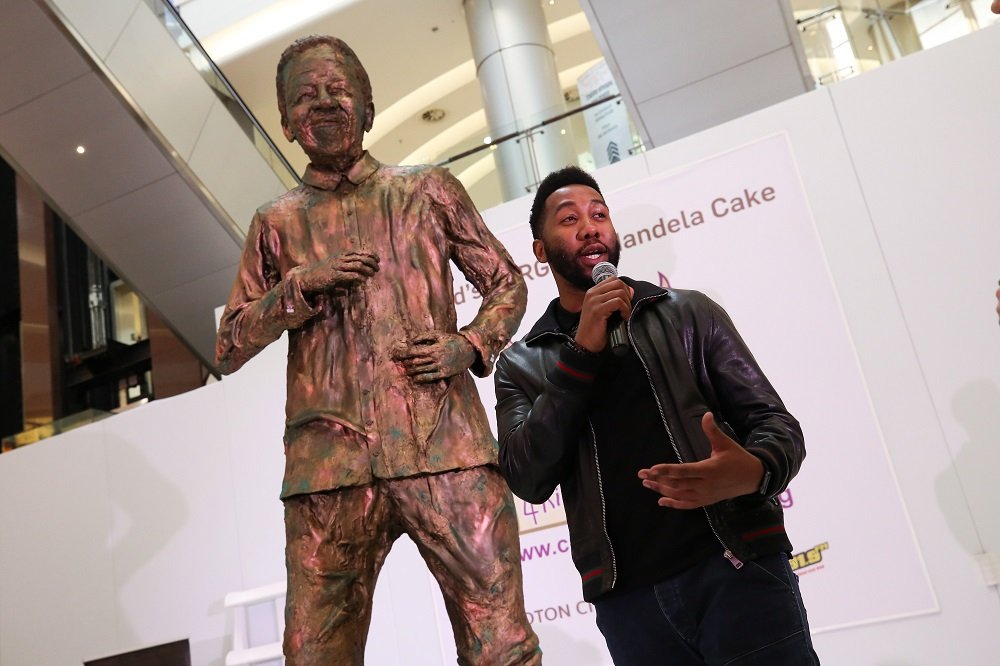 The cake was unveiled by Nelson Mandela’s grandchildren‚ Ndaba and Andile Mandela‚ on Saturday, July 28 at the City’s Centre Court. Television and radio personality and cancer survivor Mark Pilgrim hosted an outdoor Broadcast live from the centre court in Sandton City, from 9 am till 12 pm.

Proceedings from the cake will go in support of medication and treatment for children living with cancer from the foundation.