It is an undoubted fact that height ran in Manute Bol’s family. His father and sister were 6ft 8in, his mother 6ft 10in, and his great-grandfather Nyuol Bol, a Dinka tribal leader, was reportedly 7ft 10in.

Bol was a Sudanese-born American basketball player and political activist. At 7ft 7in, he was the tallest player in the history of the National Basketball Association, along with Romanian player, Gheorghe Mureșan.

He was born to Madute and Okwok Bol of the Dinka ethnic group, in Turalei, Sudan. His name, pronounced Ma-noot, means “special blessing”.

The Dinka are believed to be among the tallest people in the world. His hometown, Turalei, is the origin of other super-tall individuals, including 7ft 4in basketball player Ring Ayuel. 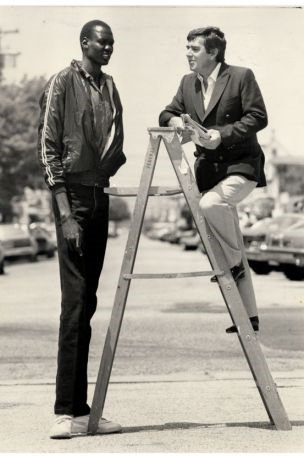 Manute grew up largely uneducated tending his old man’s cattle, the most valued possession of the Dinka people. For the Dinka, cows are treated as currency: dowry is paid in cows and the number depends on factors such as the height of the bride.

Like many rural Africans, Bol did not know his date of birth. Kevin Mackey, a former head coach for Cleveland State revealed in 2017 that Oct. 16, 1962, Bol’s supposed birthday, wasn’t actually Bol’s birthday at all. Mackey admitted to making up the date because Bol had no idea of his age

Bol played soccer in 1972 but had to quit the game as his height was a stumbling block. He then moved on to basketball, playing for several years with teams based in Khartoum and Wau.

Bol was spotted playing small-time basketball in Khartoum by an American coach from Fairleigh Dickinson University who convinced him to go to the United States.

San Diego Clippers drafted him in the fifth round of the 1983 NBA draft (97th overall), but the league ruled that Bol had not been eligible for the draft and declared the pick invalid. 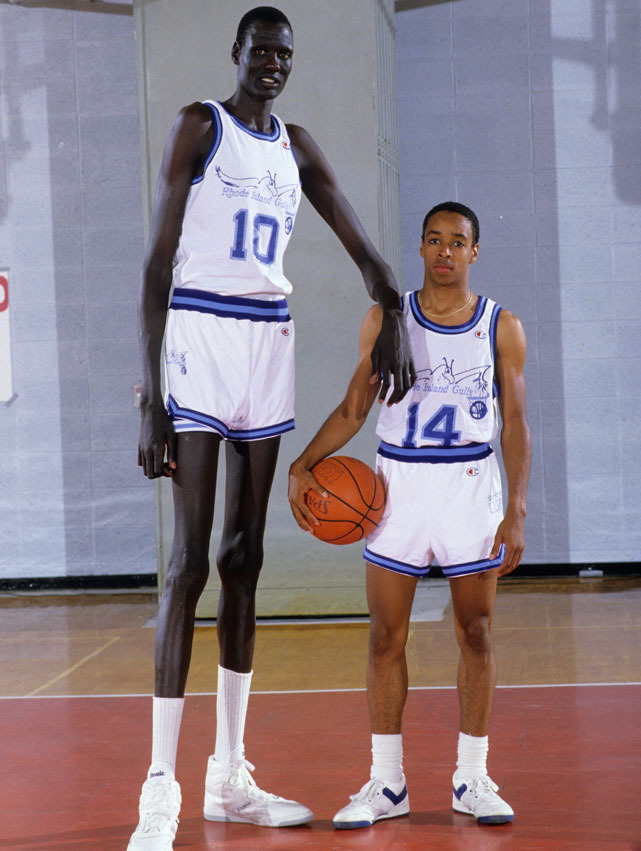 Later on, Cleveland State University head coach, Kevin Mackey, invited him to Cleveland, but Bol could neither speak nor write English very well at the time. He improved his English skills after months of classes but not enough to qualify for enrolment at Cleveland State.

Bol later joined the University of Bridgeport, a Division II basketball school, and played college basketball for the Purple Knights in the 1984–1985 season. He averaged 22.5 points, 13.5 rebounds, and 7.1 blocks per game.

The team which previously drew 500-600 spectators routinely sold out their 1,800 seat gym when Bol was on the court.

Going into the 1985 NBA draft, scouts felt that Bol needed another year or two of college, but Bol opted for the draft because he felt that it was the only way to earn enough money to get his sister out of Sudan, which was in a state of political unrest at the time.

He was drafted in the second round and 31st overall by the Washington Bullets (present-day Washington Wizards) in 1985 and went on to play for four different NBA teams.

Bol, dubbed the Dinka Dunker, was not a scorer although he could reach over the basket with his feet flat on the ground. He was known for his remarkable shot-blocking prowess. His extraordinary height and very long limbs made him block shots at an unprecedented rate.

He played in the NBA for ten seasons, from 1985 to 1995, spending parts of four seasons with the Bullets, parts of three with the Golden State Warriors, parts of four with the Philadelphia 76ers, and part of one season with the Miami Heat.

Bol’s activities after his NBA career were his consistent efforts to improve conditions for those in his war-ravaged homeland of Sudan. His ability to block shots earned him millions, but he spent nearly his entire fortune, and went bankrupt, donating money to organisations that were working in Darfur. 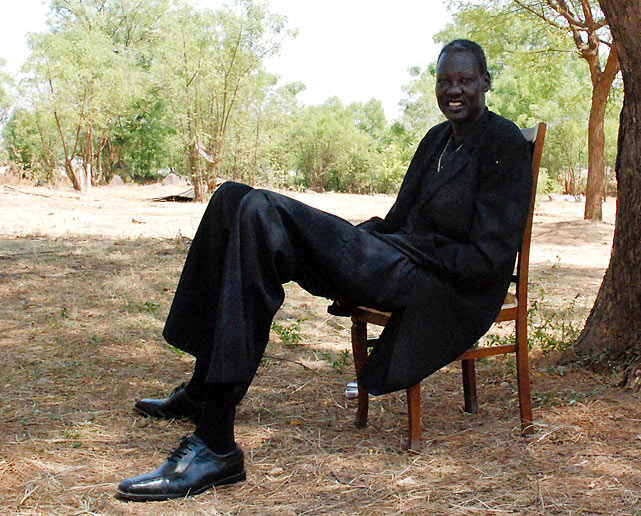 As a philanthropist, he supported educational projects for children of all tribes and religions, as well as helping his native people out of poverty and civil war.

Bol succumbed to death on On June 19, 2010, from acute kidney failure and complications from Stevens-Johnson syndrome at the University of Virginia Medical Center in Charlottesville, Virginia, and was buried in his family’s hometown in South Sudan.