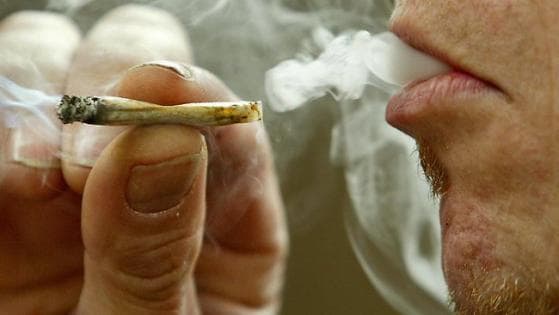 According to Victoria Cortessis, assistant professor at the University of Southern California’s Keck School of Medicine, testicular cancer is on the rise, especially in young men.

In order to identify the cause of the uptick in testicular cancer, Cortessis along with her colleagues developed a study to determine what it was that young men were doing to increase their risk of developing cancer.

The study, published in the journal, Cancer, included 455 men in California. Researchers found that those men who smoked marijuana were twice as likely to have been diagnosed with testicular germ cell tumors. Germ cell tumors are the most common form of testicular cancer in men below the age of 35.

The study also found that those men diagnosed with testicular cancer who smoked marijuana had more aggressive, harder to treat tumors.

This is one of three studies that have identified a link between marijuana use and testicular cancer risk. No other studies have been able to disprove the findings.

Researchers believe that the marijuana smoke and the tetrahydrocannabinol, a chemical in the cannabis, may decrease levels of circulating testosterone. Testosterone is a hormone that is very important in male development, including the development and regulation of the testes.

Cortessis believes that marijuana use may disrupt this regulation, making the testes more susceptible to cancer.

She also believes that boys who experiment with marijuana are more vulnerable. The study found that men who smoked less than once a week and for less than 10 years had a higher risk of developing testicular cancer. Smoking marijuana may disrupt the maturation of the testes during puberty.

This study and others like it have shed light on the negative affects marijuana use can have on the human body. However, more work must be done to identify the exact mechanism by which marijuana causes harm. Other studies must also rule out confounders, including other social habits like drinking, smoking tobacco and the use of other illicit drugs.

Today, testicular cancer is a very treatable disease. In fact, most men who develop the cancer will survive it. However, the treatments for testicular cancer can be extremely invasive and cause unwanted side effects like infertility.

It is important that people are well-informed and educated about the harmful affects of this drug, especially men. While there are few studies citing these harmful affects, Cortessis believes that, “the results are so consistent that it’s very unlikely this is due to chance.”