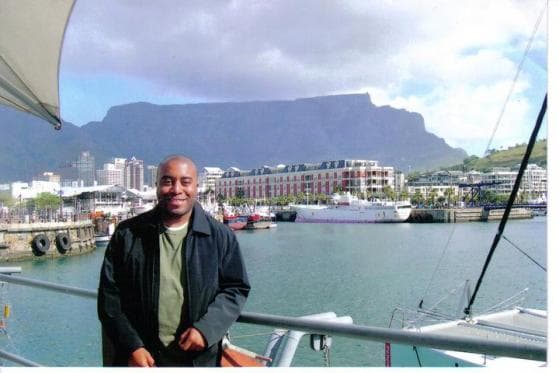 The baggage created by the reality of race and class in the U.S. can push an African-American to extremes upon arrival in Africa.  One might be left with the unfortunate choice of viewing the continent through the anti-Africa lens of journalist Keith Richburg or at the opposite end, the character Shaza Zulu played by Gary Dourdan on the television program "A Different World"— enamored of an Africa that never truly existed. That is a tragi-comic pair of options from which no one should be forced to choose. The pressure to be either fervently Afro-pessimistic or to have the best “I am home” speech memorized is an unenviable position.

Recent events such as the murder of the U.S. Ambassador to Libya, J. Christopher Stevens, can prompt worried calls from home without regard to geography, politics, or common sense. For many Americans, Africa is never thought of as a continent. It is a country with two official languages—violence and misery.  Folks from home are never certain how far you have progressed in the required coursework necessary to navigate those deadly foreign tongues. They assume that you are behind in your studies, and only a day or two away from being held hostage somewhere on the Dark Continent.

Having recently accepted a transfer from South Africa to Nigeria, fear management became a necessary ingredient in my transition process. A review of the U.S. State Department’s Nigeria travel and emergency warnings was like reading choice bits from the Children of Men screenplay. Dystopian would be putting it mildly. Could a country be so dangerous that U.S. citizens were discouraged from attending church or mosque, going to movies, shopping, and being near or in crowds? That surely wasn’t a place anyone should want to be.

I had worked on various projects in Nigeria over the better part of a decade and had done all of the things I was being warned against. CNN and YouTube made the place seem like the ninth circle of hell. Maybe I was incorrect in how I viewed the country. Maybe I wasn’t scared enough.

Just when my anxiety threatened to overtake me, I remembered the American media’s portrayal of all of the major cities back home that I had lived and worked in over the years. Hadn’t New Orleans, Baltimore, and Washington, DC been entered in a race to see which one would be crowned the murder capital? I was told that HIV/AIDS was worse in some of those cities than in some places in Africa.  This clearly illustrated how hard times were if conditions were worse than Africa!  The streets of each of the above were portrayed as swarming with unemployed angry mobs that could transform Juneteenth festivities or a family reunion into a violent uprising at any given moment.

Although international assignments exposed me to the official U.S. government travel warnings, I had been reading and viewing the unofficial reports about American locales my entire life. That I still saw those places as complex, sometimes difficult, yet incredibly vibrant spaces helped me to see the continent as being no different.

I didn’t know Ambassador Stevens but from most reports he appeared to be a person willing to travel away from the embassy gates to connect with the real people living outside that protected space. He was most likely a man who understood that life everywhere was unpredictable and every situation multilayered.

A good friend of mine mentioned the ambassador’s murder and wondered if his own decision to pursue employment in Africa was a wise one. I told him that what happened in Benghazi could happen anywhere, maybe not in the exact way but the result could very well be the same. The reality is that no one can predict where the day will take you and that the world is more similar than different.

I am by no means claiming that all is well in Africa. Be it South Africa, Nigeria, Libya or any of the many nations that make up this continent. I can hope however that there will come a day when a camera crew can show a community celebration as well as a riot.

Christopher Keith Johnson is the Country Program Director for the Solidarity Center, American Federation of Labor-Congress of Industrial Organizations (AFL-CIO) West Africa office in Abuja, Nigeria. In this role, he directs programming with the AFL-CIO’s counterparts in West Africa. Before his recent transfer, he spent 5 years as the Solidarity Center’s Country Program Director for Southern Africa based in Johannesburg, South Africa. There he worked closely with the three South Africa national labor centers and union partners in Swaziland, Namibia, Mozambique, and Lesotho.