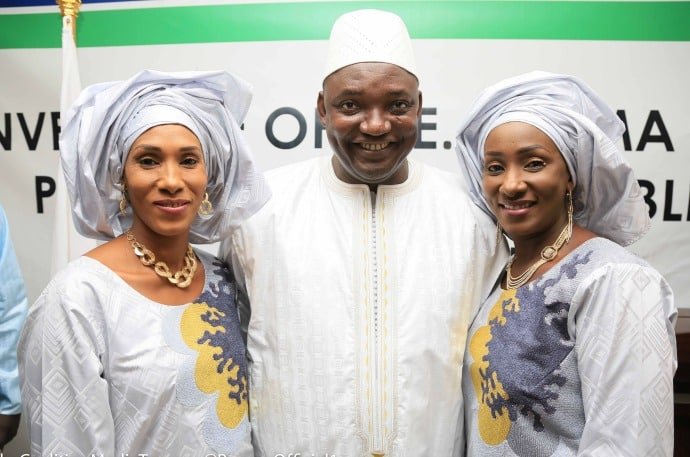 Adama Barrow and his wives during his inauguration as president

Gambia’s third and current president, Adama Barrow, who was historically elected into office in 2017 is a polygamist.

The 53-year-old Muslim has two wives: Fatou Bah, Sarjo Mballow. His marital status was of interest during his election in 2017 when it was unclear as to which of his wives would be the First Lady.

He clarified the matter after the election by saying the first wife, Fatou Bah, will be the First Lady. Barrow normally attends formal events with one wife interchangeably.