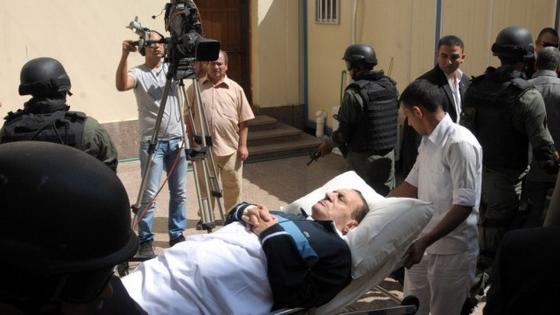 The office of Egypt’s public prosecutor, Maguid Mahmoud, has released an order that demanded Hosni Mubarak be transferred to Tora prison hospital from the Maadi Armed Forces Hospital as soon as his health improves.Hosni Mubarak allegedly had a series of strokes and needed to be on life support. As a result, he was transfered from prison to a hospital.

The 84-year-old ex-president of Egypt was incarcerated in June of this year for his role in the mass killing of protestors during what is now called the ‘Arab Spring.’ Adel al-Saeed, Mahmoud’s deputy, has reported that doctors have confirmed the stability of Mubarak’s health.

It is not known when Mubarak will be transferred back to prison. Skeptics believe that the health claims were a ploy to move Mubarak from prison or to help him receive clemency.

It looks like these worries were in vain, as Mahmoud has already anticipated any ulterior motive. This official order will hopefully remind Mubarak supporters that clemency, if it is their goal, will not be easy to obtain.