Four months after being forced to leave the political scene, former Zimbabwean president Robert Mugabe has broken his silence in his first TV interview, describing his departure from office in November as a coup d’etat.

“I say it was a coup d’etat — some people have refused to call it a coup d’etat,” he said on Thursday in an interview with foreign media from an office in Harare.

“We must undo this disgrace which we have imposed on ourselves, we don’t deserve it… Zimbabwe doesn’t deserve it,” he added.

Four months after his resignation on November 21, 2017, the former president has described Mnangagwa’s presidency as “illegal” and “unconstitutional”. “People must be chosen in government in a proper way. I’m willing to discuss, willing to assist in that process – but I must be invited,” he said.

“I never thought… he [Mnangagwa] would be the man who turned against me,” he added.

Emmerson Mnangagwa replied to Mugabe’s comments on Friday saying the former president is entitled to express himself freely as is the case for every citizen, but the country has moved on.

“Our focus at this time shall remain on preparing for free, fair and credible elections in 2018. This is a key step in the immense task at hand, which is to lift our people from the effects of years of severe economic regression and international isolation,” the statement added.

Our nation has moved on. It’s time to build a new Zimbabwe, together pic.twitter.com/HkC3G8jgTk

After ruling the Southern African country for 37 years, 94-year-old Mugabe finally resigned on November 21, 2017. The Zimbabwe National Army instigated an overthrow of Mugabe’s regime by placing him under house arrest for the crimes committed by individuals in his circle.

He was given the ultimatum to either resign by November 20, 2017, or face impeachment. He subsequently chose the former. His retirement sparked nationwide jubilations as Zimbabweans celebrated the dawn of a new era. Mugabe’s vice president Emmerson Mnangagwa, who he fired on November 6, was sworn in as the new president. 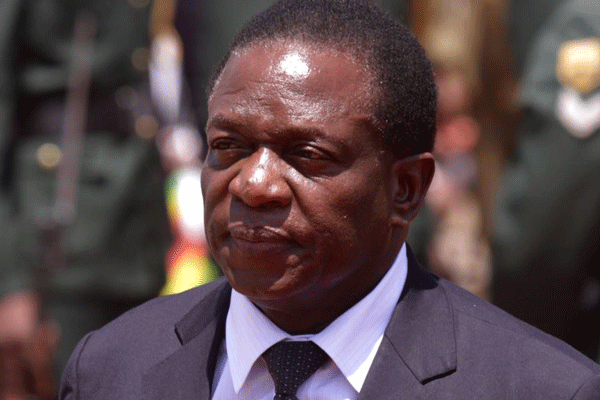