Michael Titus Igweh, a Nigerian businessman, has been on death row since 2003 in an Indonesian prison, and Fairfax Media is reporting that he may be executed within the next couple of days. Igweh was sentenced to death by an Indonesian court for drug related offences in 2003 for possessing 5.8 kilograms of heroin.

Before his imprisonment, Igweh imported clothes from Indonesia to sell in Nigeria. But right now he is one of eight Nigerians currently facing imminent execution in Indonesian prisons. Michael Igweh has, however, revealed that his trial and consequent sentencing was unjust and violated his basic right to fair hearing. Igweh, who is seeking a retrial, has told an Indonesian court that the police repeatedly applied electric shocks to his genital region during his interrogation.

“I was constantly beaten, and my genitals electrocuted until I was helpless,” a tearful Igweh told the Tangerang District Court adding that “In fact, I was threatened to be shot.” Igweh maintains that confessions were forcefully extracted from him using torture and a threat to his life.

Activists and human rights groups in Indonesia have called on the Indonesian authorities to urgently review Michael Igweh’s case to avoid a miscarriage of justice and the wrongful execution of an innocent man. His lawyer Sitor Situmorang said Igweh’s sentencing was flawed because his conviction was based on the testimonies of two alleged accomplices both of whom died in police custody and could not witness in court. 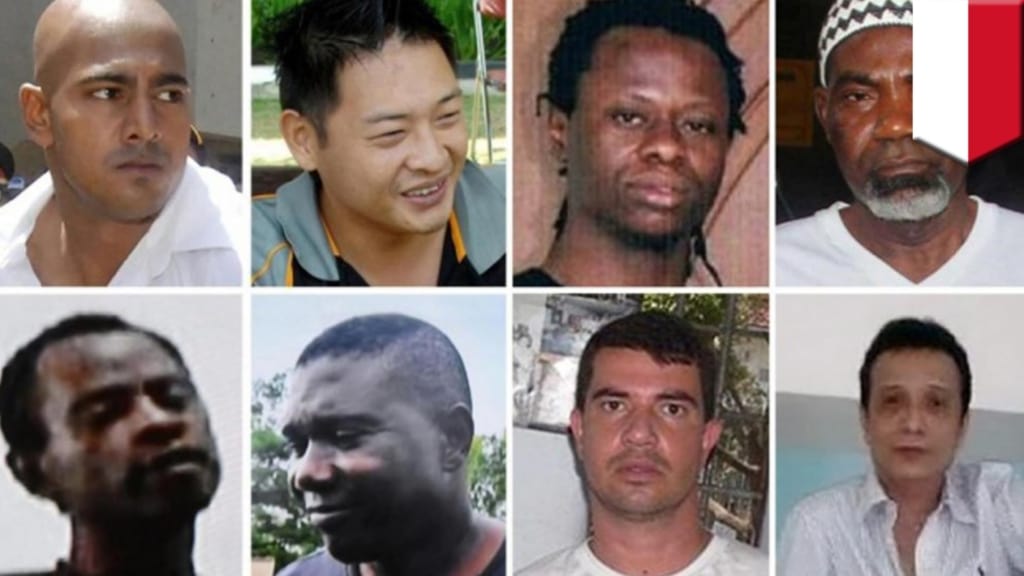 “We believe Marlena and Okoloaja gave Michael’s name just so the police would stop torturing them,” he said. “They were healthy when they were arrested, they had no history of illness, they all just suddenly died while in police custody. We all know what that means.” Situmorang added that “We accepted Michael’s case because we saw it had merit. Out of the many requests from prisoners on Nusakambangan, we only took this.”

Situmorang also criticized the Indonesian Supreme Court for rejecting an earlier application to review Igweh’s case bemoaning what he considered a tendency for judges to seek to achieve popularity from appearing inflexible rather than adhering strictly to standard judicial procedure.

In 2015, the Indonesian authorities executed 8 foreign nationals for drug trafficking related offences. The eight men who were executed by a firing squad included four Nigerians, two Australians, one Brazilian and a French national.

The executions of the 8 men went ahead despite international appeal for clemency and restraint especially from the governments of Australia and Brazil. The move by the Indonesian authorities provoked international outrage and condemnation from rights groups and resulted in a diplomatic spat between Indonesia and Brazil.

Indonesia infamously executes its drug offenders on the remote island of Nusakambangan where the prisoners are tied to wooden posts and shot in an open field. Indonesia’s Attorney-General Muhammad Prasetyo said on Friday, 22 July that the forthcoming executions would be soon and may possibly include a female convict.