“My maternal grandmother told me…that way back in time, we had family members who went to the stream to fetch water and never returned. This stuck in my psyche for all those years.” – Ade

As a young boy of 6 or 7, Ade and his older brother normally visited with their grandmother Alice after school until their parents returned from work. On one particular day, they decided to play instead of going straight to their grandmother’s home. Their grandmother searched their community in Ijeshaland, Nigeria, but could not find them.

When Ade and his brother finally ended their play and went to their grandmother’s home, she “sternly scolded” them, Ade said. His grandmother firmly warned them about their missing ancestors.

“I am 54 years old now, but I remember it like yesterday. I remember wondering that okay, if they did not return, where are they,” said Ade.

Ade later realized that this is the story of his ancestors who were captured in the Transatlantic Slave Trade. He wondered where their descendants might be. They were family, after all.

After some time, he was reminded of the missing stories in his family history when he began to ponder on why family members on his mother’s side had foreign surnames such as Da Rocha, Haastrup, and Doherty.

“I remember asking my mother why they had such names. Much later, though, I found out that Ilesha [the capital city of my home region in Nigeria] was significantly impacted by the slave trade especially in the late 1700s and early 1800s. I remember her saying that they were Saro and that we had Saro families. I didn’t know much about what that meant until much later. Saro is Yoruba for Sierra Leone. They must have been returning family members who were captives released by the British via Sierra Leone,” said Ade.

When a friend in Madrid, Spain told him about the direct-to-consumer DNA testing company 23andMe a few years ago, he decided to test.

“I became really conscious about the diaspora around 1977. There was an African festival for peoples of African origin called FESTAC. It was held in Lagos Nigeria. I had always had my grandmother’s story in my psyche, but I didn’t make a conscious connection that the relatives might have been taken to the Americas. But I have the expression on her face etched in my brain. I only thought it might be true that the stories could be linked to the diaspora, and that was really the reason for testing.” – Ade

“I tested [with 23andMe] mainly because I wanted to confirm the story that my maternal grandmother told me when I was little kid…So I have been on a mission really, for my grandmother Alice. She passed away in 1983, but she sowed the seed for me to search” – Ade

Ade has since tested with 23andMe and AncestryDNA. Through the website features that allowed members to send messages to DNA matched relatives, Ade has made contact with several African American and Caribbean distant cousins. Finding these relatives has been a source of great relief for Ade. “It was a huge relief!!!,” said Ade, “and I cried and wished that Grandma Alice was still alive!”

As Ade reconnects with family members, he gives them a warm welcome and introduction on Facebook. Facebook has been a helpful tool in keeping him connected to reunited family members.

This post was accompanied by a link to article “CNN’s Don Lemon Discovers His Roots in Emotional Journey with His Mother.” http://www.mediaite.com/tv/cnns-don-lemon-discovers-his-roots-in-emotional-journey-with-his-mother/

Several distant cousins discovered through AncestryDNA responded to his post.

An African American cousin, Jennifer Chambers Purefoy, responded, “Hello my new found cousin and family! I was so happy to hear from you and hope I can learn more about my family overseas. I am still trying to find out which side we are related. My mother or father’s side. I look forward to meeting you all either in person or on Facebook.” 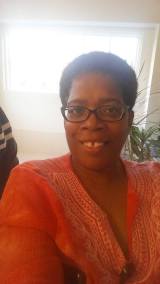 A Caribbean cousin, José Muñoz, also responded, “Thanks cousin Ade for the post. You were the first to contact me after finding out we were cousins through DNA. It felt good to connect to a part of my African roots. I could only trace my family back to Trinidad and Puerto Rico, but through DNA I now know I have ancestors from six regions in Africa.”

Jennifer only recently engaged in her family’s African American genealogy search before being contacted by Ade saying that they were related. “Needless to say, I was very excited,” said Jennifer.

After some search, she discovered that she was related to Ade through her maternal great great grandmother, Lydia Doyd Asberry. Ade and Jennifer maintain communication through phone and Facebook.

“Finding one’s roots is great but also knowing where you come from is exciting. I can now tell my friends that I come from Africa where [the specific country] I am from, and they can tell me what their country is like.” – Jennifer 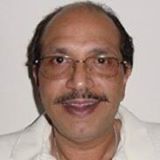 Ade’s cousin, José, grew up with a black family in a predominately black neighborhood in New York City. Although José knew about his Trinidadian and Puerto Rican ancestry, he did not consider how the Transatlantic Slave Trade influenced his family’s historical experiences. He used AncestryDNA to go beyond his Caribbean ancestry and discovered that approximately half of his ancestry was from Africa. “I never realized how much slavery and colonization impacted my ancestry,” said José.

Shortly after receiving his results, he received an email from Ade. “I received a message from Ade welcoming his cousin and sharing that we have an African King and Prince in our bloodline,” said José.

“Ade said that even though we may never trace our common ancestors, we will always be cousins. Ade welcomed me to his family.” – José

When I asked Ade how has this experience changed him, Ade responded, “My life before and after are not even close! I have a huge sense of relief and almost completeness. I am a big fan of DNA testing! If you notice, most of my cousins are people who are not looking for much really but the sense of belonging and completeness. To be a part of this is priceless really and the sense of family that I have with my cousins is as strong as I have for my brother.”

I asked, “You’re saying that this has given you a sense of completeness, too?”

Ade replied, “Yes indeed! I always wondered why did they not return.”

“This has been a fulfilling, soul-refreshing and rewarding experience for me. For Africans, I will encourage them to get tested. If you have a family member, and they want something that you can give and share at almost no cost, the authentic African spirit says that one should give it.” – Ade

Submitted By: LaKisha David from The African Kinship Reunion