It’s been nine years since the Rwandan army began community outreach programmes in providing infrastructure development, free healthcare, a shelter for the needy and educational interventions.

These outreach programmes often take a week but have now been expanded to last for over a month due to more partners coming on board. 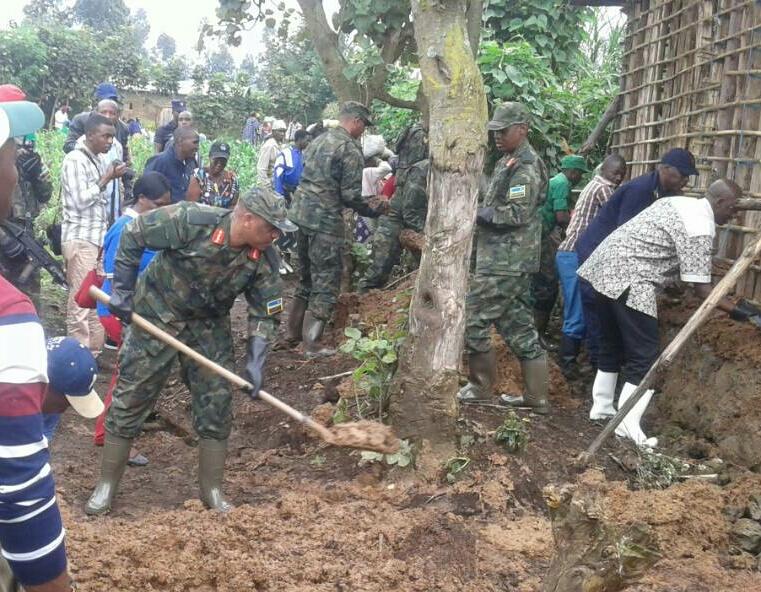 Several houses are already being constructed in Musanze district

Thus, the programme which was previously known as ‘Army week’ has been rebranded into ‘RDF citizen outreach programme’ (RDF-COP), Lt Col. Innocent Munyengango, the Defense and Military Spokesperson said on Thursday.

This year, the programme will begin on April 20 through to July 3 and will be supported by other security organs and forces. 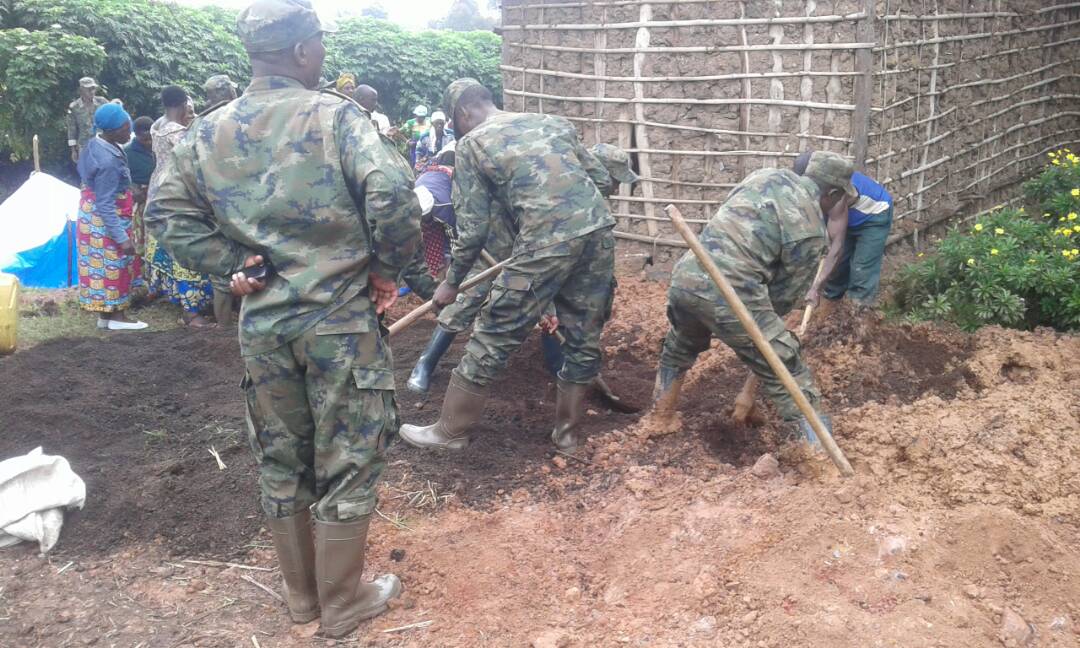 The Army has begun constructing houses in Musanze district

People will be given the necessary support to achieve national programs in collaboration with ministries of Local government, Agriculture, Health, Gender and family promotion. 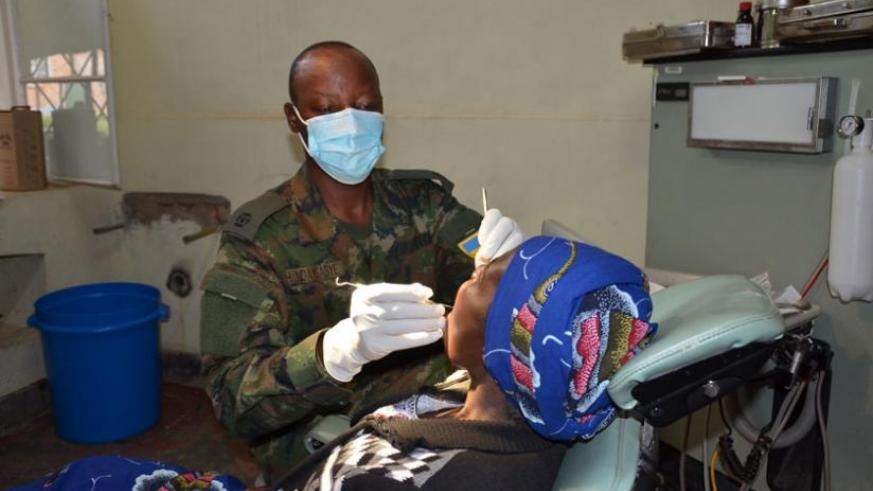 Over 100,000 patients will be treated in gynaecology, Ear Nose and Throat (ENT), orthopaedics, dental, and ophthalmology — The New Times

The army will further construct classrooms and houses in areas that will be selected by the local government. 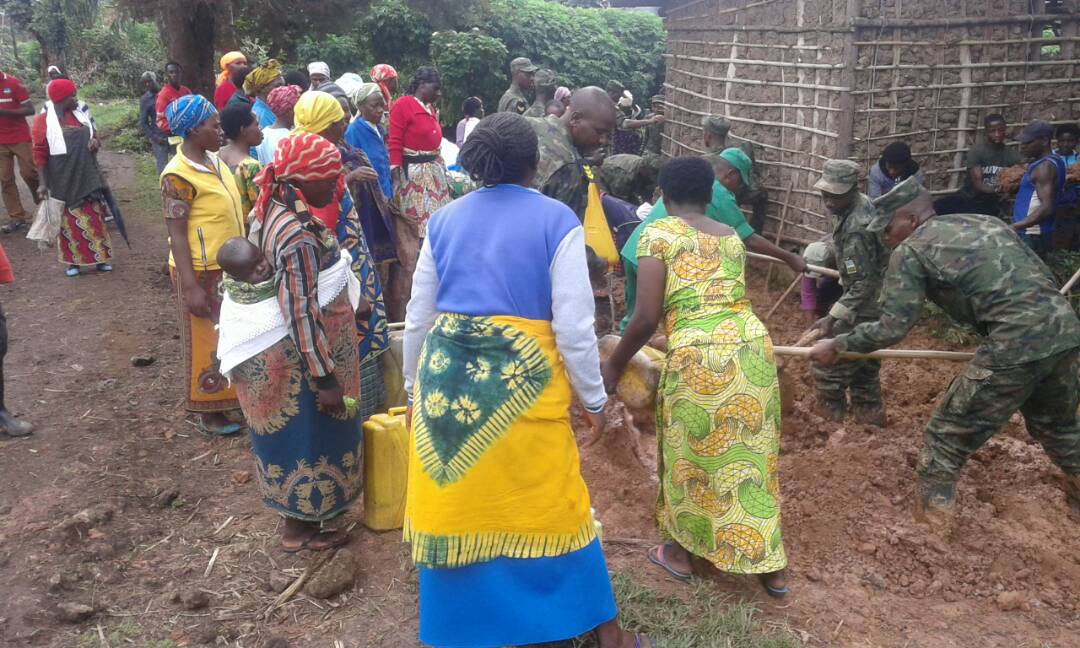 Residents looking on as the soldiers get to work

In total, 1,961 houses, 121 classrooms and 108 school pit latrines are expected to be built under the programme.

The forces will also engage in growing vegetables on 76 hectares and would be expected to engage in other agricultural activities.