The debate about who is the greatest female tennis player in history has gone on for some time. Indeed, there is an abundance of female tennis legends to choose from: Martina Navratilova, Margaret Court, Helen Wills Moody, Chris Evert, and Steffi Graf.

Each one of those greats had their own unique style of play and defining qualities. It also doesn’t help that many of them played in different eras, making the business of comparing their individual careers a lot trickier.

However, Serena, 35, settled once and for all the question of who is the greatest female tennis player of all time on Saturday, January 28th, when she defeated her big sister Venus in straight sets at the final of the 2017 Australia Open.

That win was Serena’s 7th at the Aussie finals, and with it, she set a record of 23 Grand Slam titles, putting her ahead of Graf (22) on the all-time list of Grand Slam wins in the Open era, the period after 1968 when only professionals played at the tennis majors.

Only Court (24) has more Grand Slam wins than Serena as it stands today. Court’s career, however, spanned both the amateur and Open eras. With her current form and fitness, Serena, who has regained her No. 1 ranking, appears poised to smash Court’s record with three more Grand Slams still to play in 2017 alone. 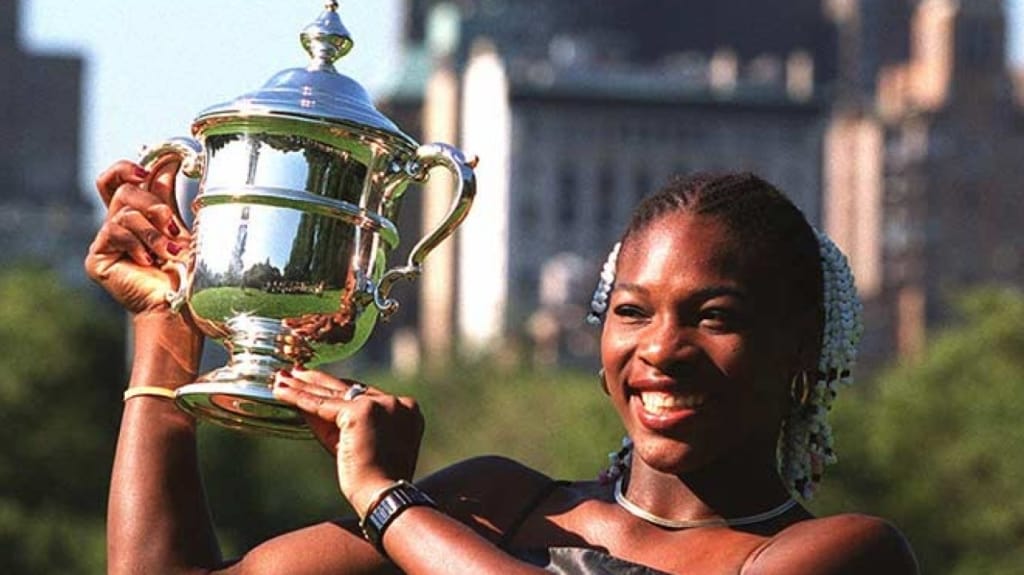 Seventeen-year-old Serena beat Martina Hingis to win her first grand slam at the US Open in 1999.
Photo credit: Newsday

Sports commentators say perhaps the most amazing thing about Serena is her longevity. She has spent an amazing 18-year period at the very top of the tennis game, with her first Grand Slam win occurring way back in 1999, when she was just 17.

Serena and Venus are credited for revolutionizing the modern game of tennis with their style of play, fashion, and business savvy. In 2016, Serena was the highest paid female athlete, earning a total of $28.9 million in prize money and endorsements.

Born in Saginaw, Michigan, to Richard Williams and Oracene Price, Serena is the youngest of her mother’s five daughters.

When Serena was 3, the family moved to Compton, California, where her father introduced her and her sister Venus to tennis. Richard decided to home school his daughters while also serving as their official coach and mentor. 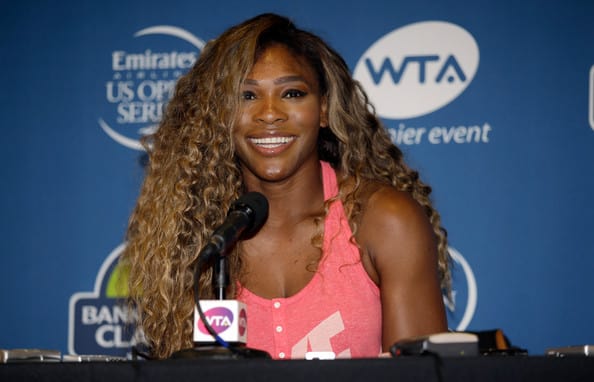 Richard again moved the family from Compton to West Palm Beach, Florida, when Serena was 9, so that she could attend the Rick Macci Tennis Academy. A year later, her father pulled her out of all national tennis tournaments to allow her to focus on her school work and protect her from the racial bias that was common during tournaments.

Serena made her professional debut at the age of 14 in September 1995 at the Bell Challenge. At the time, she won just two games as she dropped out of the qualifiers to Annie Miller. Three years later, she had her first Grand Slam win when she defeated Martina Hingis at the US Open.

World ? No 1 Serena Williams has a School named after her in Matooni, Kenya. She flew in to unveil it in person

As the year progresses, watch for Serena to beat the aforementioned Court’s record in Grand Slams.