Kenyan beauty queen Mary Esther Were was jeered during the Miss Universe 2017 competition in Manila, Philippines, Sunday, after saying that the newly elected U.S. President Donald Trump was not the first choice for the majority of voters.

Responding to a question about Mr. Trump’s first week in office, the 27-year-old marketing administrator said the majority of Americans preferred the Democrat presidential candidate Hilary Clinton to the displeasure of the audience present at the beauty pageant.

“Donald Trump, having been elected as the President of the United States, may not have been the choice of many people living in the United States because of the divided support system for the outgoing President Barack Obama,” Were said.

The crowd jeered at her even more when the Kenyan beauty queen said that President Trump has unified the country.

Perhaps this was not an intelligent answer, considering that thousands of people in America and abroad are currently protesting against Trump’s recent ban on Muslims entering the United States for the next 90 days.

Miss Kenya’s bizarre speech caused a storm on social media, with some people expressing their displeasure with her response:

Miss.Kenya Donald Trump did not unite our nation he has divided our nation

Others could not understand why Miss Kenya was asked about Donald Trump when everyone else was asked a question about their home country:

#MissUniverse shouldn’t involve politics in their questions, asking Miss. Kenya about Trump’s presidency was totally out of order. 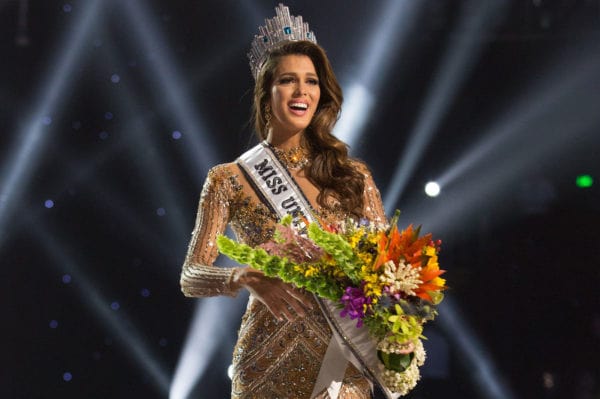 Dressed in a gold-sequined gown, 24-year-old Iris Mittenaere trounced 12 other finalists to emerge the winner of this year’s Miss Universe title.

Accepting the crown, the dental surgery student said she will use her title to champion dental and oral care around the world.

“I was very surprised I won. I feel blessed. Miss Universe was a dream. Every girl wants to be Miss Universe. The stage is amazing, everything is amazing,” Mittenaere said.

The first and second runners-up were Raquel Pelisseier of Haiti and Andrea Tovar of Colombia. Other finalists came from Indonesia, Mexico, Peru, Panama, Philippines, Canada, Brazil, Thailand, Sierra Leone, and the United States. 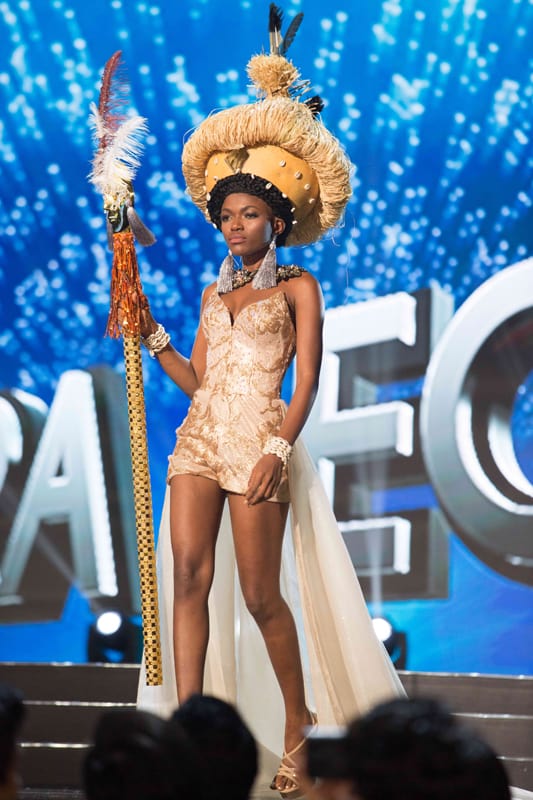 This Miss Universe was the first time Sierra Leone entered the beauty pageant. The West African country, which has been ravaged by many years of civil war and Ebola, was represented by Hawa Kamara who was crowned Miss West Africa in 2013.