Olive Morris was born on June 23, 1952, in Jamaica where she lived for nine years with her maternal grandmother. In 1961, her parents, Dorris and Vincent Nathaniel Morris decided to move Olive and her other siblings to join them in the South of London, Brixton where they had relocated in search of better jobs.

At the time, blacks from all over the diaspora had developed a liken for Britain because it provided a safer environment where stable incomes could be acquired despite the strong presence of all sorts of racial tensions.

Olive grew up and saw for herself in the day to day struggles and difficulties of the blacks in Britain. During her early education, she developed an interest in civil rights but later grew more interest in black women’s experiences and struggles which had been sidelined by a male-dominated civil rights movement. While developing her knowledge and interest in women’s issues, Olive found it necessary that the voice of the less privileged people like the squatters be heard.

Olive Morris dropped out of high school to focus on joining the civil rights movements and starting the fight for equality for women. She joined Britain’s Black Panther Movement as a youth member. 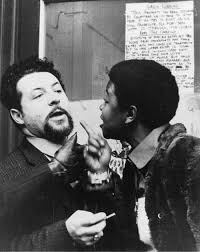 In 1969, she was one of the few blacks who confidently rose up to intervene in the case of a Nigerian diplomat who was arrested for parking wrongly. During the protest, Olive was assaulted and racially abused by the police because she was a woman. Together with six other colleagues, Olive was arrested and charged with assault on the police, possession of dangerous weapons and for threatening behaviour. They were given a three month suspended sentence for three years and ten pounds fine. 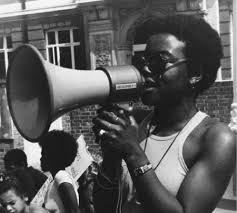 Through her hard work and dedication to women empowerment and the equal treatment of blacks, Olive was offered a Manchester University education despite not having any qualification. While studying in Manchester, she helped found the Black Women’s Mutual Aid as well as the Manchester Black Women’s cooperation. All these groups helped Black women gain access to better opportunities in education and trade and helped empower women to speak up against ill-treatment and harassment.

In 1978 together with fellow activist Stella Dadzie, Olive also founded the Organisation of Women of African and Asian Descent which became a widespread and well-structured organisation in London that held meetings and conferences for young black women to be empowered and educated about the need to help correct specific wrongs in the society.

Just in her early 20s, Olive gained popularity in all of Europe for standing out in a male-dominated movement and for highlighting women’s issues. She travelled extensively in Europe giving talks on feminism, black empowerment and racism.

She also attempted to visit Eldridge Cleaver, the US Black Panther who was in exile in Algeria but she got stranded in Morroco. 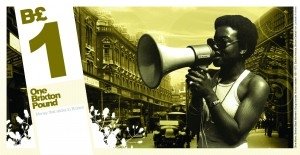 Unfortunately, Olive died at the tender age of 27 on July 12, 1979, after battling with blood cancer.

The memory of Olive Morris got missing in Black History until October 2008 when a Remembering Olive campaign began. Her image also appears on the Brixton pound, and many schools in black communities across Britain have taken it upon themselves to keep her legacy by adding her story to history lessons in schools.