Activists at the University of Pretoria, a multi-campus public research university in Pretoria, South Africa are full of smiles following a decision by the University to ban two of its residences – Sonop and De Goede Hoop – from taking part in any of the university’s traditional events over its lack of transformation.

Sonop, which is a privately owned residence has been described on the university’s official site as “one of the University’s most respected residences with an impressive tradition of nearly a hundred years.” Only six out of 160 Sonop residents were black, University spokesperson Rikus Delport told local media IOL News describing it as worrying.

According to him, there have recently been challenges with regard to the transformation requirements set by the university for privately-owned student housing establishments and they continue to admit only white students.

“The university is sympathetic to the challenges facing Sonop in this regard, particularly given the high cost of operating student housing without any form of subsidisation,” he said.

He said discussions were ongoing between the University and Sonop to arrive at an amicable solution.

He further emphasized that the decision to ban Sonop residence was not solely taken by the DA-led SRC, but other stakeholders including the department of student affairs. 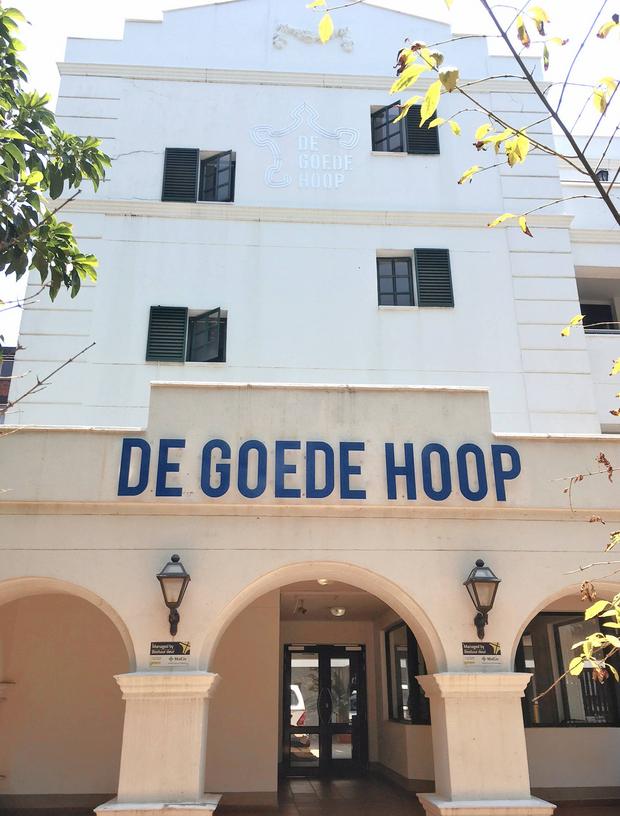 For De Goede Hoop hostel which is mainly made up of whites and Christians, a complaint was lodged last March by community activist Yusuf Abramjee against it. Abramjee had asked for the residence to be investigated for being exclusively for Afrikaans and Christian students. He had argued that the residence was unconstitutional and “is apartheid in disguise”.

When the Commission for the Promotion and Protection of the Rights of Cultural, Religious and Linguistic Communities, or CRL Rights Commission visited the residence, it found that only white students were admitted.

Students were also made to write an Afrikaans essay to motivate their application. The commission has since asked that the writing of an Afrikaans essay be scrapped. It also urged the admission committee to be representative of all the demographics in society.

South Africa’s Minister of Arts and Culture Nathi Mthethwa called on the hostels to immediately discontinue their racist policy and accommodate black students.

“We’re encouraged by the SRC at the University of Pretoria’s decision to terminate its social relationship with Sonop residence in PTA & we call on the owners to immediately discontinue their racist policies of refusing to accommodate black students. This is totally unacceptable,” he tweeted.

We’re encouraged by the SRC at the University of Pretoria’s decision to terminate its social relationship with Sonop residence in PTA & we call on the owners to immediately discontinue their racist policies of refusing to accommodate black students. This is totally unacceptable. pic.twitter.com/ZKfHz3QUf8