The African market is booming with technologies from Asia, Europe and America which are flooding the continent. Meanwhile, the few indigenous brands are drowning in competition as there is a massive shortage of African talents to build world-class products.

The divide is what inspired the founding of engineering company Andela, which is building a network of African technology leaders and software developers to help companies and the continent as a whole to build better products and overcome the tech talent shortage respectively.

Co-founded in 2014 by Nigerian entrepreneur Iyinoluwa Aboyeji, Christina Sass, Ian Carnevale, and Jeremy Johnson, Andela raised $81 million from the Chan Zuckerberg Initiative, Omidyar Network, Salesforce Ventures, and Google Ventures among others to lay the foundation of the now most sought-after tech company.

Andela has opened technology hubs in Lagos, Nairobi, Kampala and recently in Kigali which is their new Pan-African technology hub to be launched in December 2018. With over a thousand African developers working from the various hubs, Andela hopes to grow a million more home-grown software engineers in the next ten years.

The facilitator of this ambitious dream is 32-year-old Nigerian, Seni Sulyman, who is Andela’s Vice President of Global Operations. He is an engineer and Harvard-trained business executive who decided to return home to Nigeria after studying in the United States. 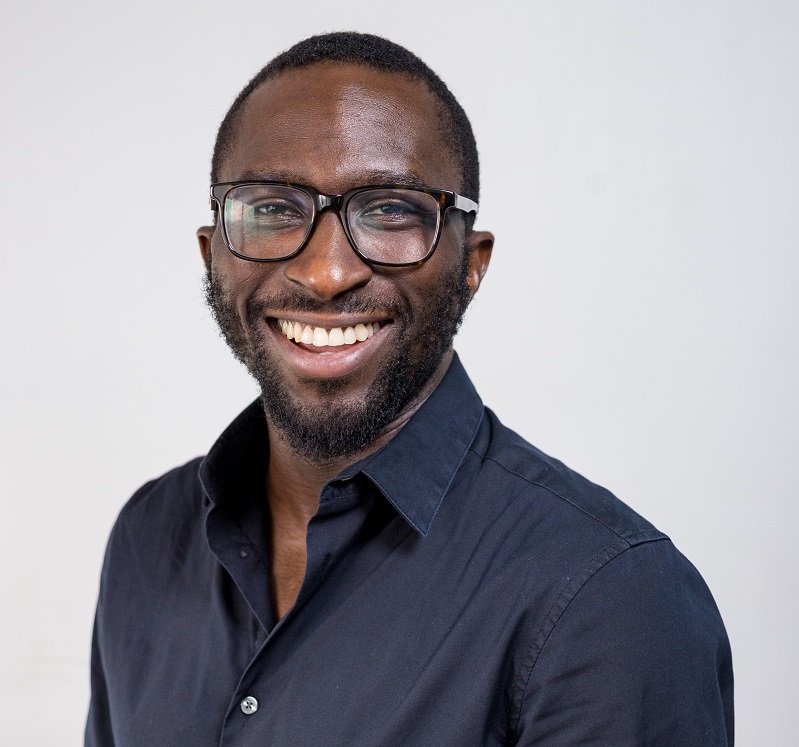 Face2Face Africa had a chat with him for an insight into his life and that of Andela. Seni tells us that his tech journey started at the university where he started buying and selling phones on eBay, not only for the money, but to “open them up and see what was in them before selling.”

“I really thought technology will change the world and I wanted to be part of that. So my very initial career dream was to go work at Motorola and build devices of the future. I used to actually design on paper, I used to design different phones and what they could do in ten, twenty years,” he recalls including how his parents got a cell phone in 1999 when he was leaving Nigeria for the first time to the U.S. when he was only 13 years old.

Technology also introduced the electrical engineering graduate of the Northwestern University to business as he wanted to develop a business sense coupled with his passion for technology to build a tech company in the future.

“Obviously, I wasn’t that good of an engineer so I went into business, into consulting to learn about organisations, about businesses and ultimately my dream was I wanted to learn about how companies work and if I can apply that with my passion for technology maybe I can go build a technology company one day,” he explains.

He was further influenced by his mentors to go to Harvard University for a Master of Business Administration (MBA) degree to perfect his managerial skills after working with some business consulting firms and technology company Hewlett Packard (HP) where he climbed up the ladder to a manager position.

Sulyman made a big move to Nigeria after his studies in 2014 despite juicy offers from Facebook, Google and other companies.

“After Harvard, I basically decided I’m going to come back to Africa. I felt like I contributed enough to the best of the time and the things that are making me passionate and the things that I am excited about I felt were in this part of the world … So I declined all the offers and I bought a one-way ticket and flew back to Lagos,” he says.

Sulyman, like every diaspora returnee, said he thought about moving back to the U.S. in the midst of Nigeria’s economic collapse and high cost of living, but he kept going to achieve his goals. His other secret was his fiancee, he happily chipped in.

“I really was thinking: does it make sense, is it worth it? But I just kept pushing myself … I just kept going and asking everyone I knew what opportunities were available. I had this hope that if I just tell the world what I want to do and I keep saying the same thing every single day, eventually it will find me. That’s what I did and that’s what kept me going, and eventually, that actually happened…

“I guess a little secret … The other part I didn’t tell you about is that I met someone amazing in the country and that’s what kept me around here a little longer than I would have stayed,” he says with a heavy laughter.

On a relaxing beach, next to a calming bonfire in Zanzibar, my best friend agreed to spend the rest of her life putting up with me. A lifetime of adventures and laughter awaits us. I’m blessed. Happy birthday fiancée ? pic.twitter.com/14IdxcSQ1r

Seni Sulyman got a job with a small airline company in Lagos where he discovered the serious African problem of lack of local technology and engineering talents. A career-development magazine and mentorship programme he set up to bridge the gap didn’t work. This is where he got connected to Andela.

“At that point in time, someone reached out to me and said ‘this company is looking to hire a head of operations and I think you are the best person for this role. Can you talk to us about this?’ So that’s how I began to get involved with Andela,” he says.

Seni Sulyman added that Andela is fortunate to be in business at this time because there is a lot of funded companies and capital out there that can’t find technology talent. And Andela is doing well in bridging that gap and will not face problems due to the market potential.

On Africa’s technology growth potential of catching up with the rest of the world, Sulyman says, “It will take us probably 10 years to get there … Africa has already experienced a digital transformation if you like it or not. The question is, will we be the ones driving the change or just recipients of change?

“We are trying to not wait and we don’t want to wait for the world to tell us how we are going to adopt technology. We want to have the people that are here that can actually push us forward. Because technology is going to move and the world is going to move, why don’t we have our own people responsible for creating that future that we are all going to have to live with anyway,” he adds and mentions Rwanda as one of the few countries that are heavily investing in technology.

Seni Sulyman hopes to create Africa’s greatest leaders who will come out of the continent, and to measure his success, he says it will be determined by how much value he’s created through the people he mentors.

“Ten to 20 years from now, go around the continent and ask young people to name the leaders they admire the most. And if they name several people I have had impact on, then I will know I’ve had an impact on the continent,” he concludes.

Sulyman had an advice for those who want to return to Africa and start a life like he did:

Some people just don’t want to go through the hustle and there is no easy way to do this. If you are willing and you want to just come back with the belief that everything is working perfectly well, there is no way it is going to work out. I have had some terrible days and nobody will even know where I have come from when they see me in this position and why am I here? But you just have to do it.

Listen to the full interview in the podcast below.