Samuel Zemedkun is an Ethiopian software engineer at Uber whose well-paid and deserving job includes building machine learning systems for the ride-hailing company. Working in Florida for the company’s Marketplace Forecasting team, he has helped in producing machine learning systems including one that allows Uber drivers to use their location to know if they are in a busy area or not just by glancing at the driver app.

Before landing his lucrative work with Uber, Samuel Zemedkun never imagined he would be able to make it past high school back home in Ethiopia. His inspiring story from a fabric weaver in Ethiopia to a Software Engineer for Uber in the USA resounds the fact that day in and out, people are still able to overcome several obstacles no matter how small or huge they may seem and have the last laugh.

Samuel was born to a big family that survives on a traditional fabric weaving business. As the firstborn child of his father and the only boy among 6 children, it was an automatic expectation that Samuel takes over from his dad to continue the family legacy and help provide for the family at the early age of 12. 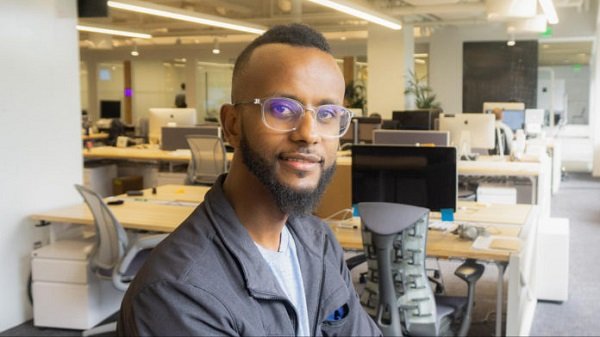 When Samuel turned 12, his uncle advised that he left school to start his own weaving station to support the family, but his father noticed a great difference and intelligence in his son and instead, broke the family tradition and supported Samuel to continue his schooling.

Samuel’s father struggled to provide for the family of eight while he stayed in school and that inspired the young boy to study hard and be top of his class at all cost.

Unfortunately, Samuel’s father was unable to continue supporting him by the time he was 15 years old and in the 7th grade. Samuel had no option than to start the family business. However, his school teachers came to his rescue when they arranged that he got paid for teaching eight students every day after school. The money he made saw him through to the 10th grade and also supported the family.

Samuel won a scholarship to finish high school in Hong Kong at Li Po Chun United World College where he developed a love for science and maths. Right after high school, Samuel received a scholarship from Colorado College to study Physics and Mathematics for his undergraduate degree.

While studying for his undergraduate degree, Samuel worked 20 hours a day as a tutor and Librarian to support his family back home. He continued his PhD program at the Universtiy of Colorado.

In 2015, Samuel started driving an Uber during the weekends to make more money to help him attend a data science program. A week after the program, he got a job with a small ad tech company until he was snatched by Uber to work as a software engineer.

In his own words in an article he wrote, Samuel had this to say:

“Now, as an Uber rider, when I get matched with a driver who is going to school, I make sure to share my story in the hopes that it may be a source of inspiration for them.”

Samuel Zemedkun has been working with Uber since late 2017 and has already established himself as one of the company’s greatest assets. He got married while studying for his PhD to his wife Tsion who has been very supportive.

Samuel’s success story is as a result of his hard work and resilience and needs to be shared over and over to inspire the millions of Africans trying to make something out of nothing.