After more than three decades of insurgency between Ethiopia and the Ogaden National Liberation Front (ONLF) rebels from its Somali Region, the two on Sunday signed a peace deal agreeing to end all hostilities and pursue their political obligations through peaceful means.

The ONLF, formed in 1984, had been fighting for the rights of ethnic Somalis living in eastern Ethiopia to self-determination, as well as a bid for secession.

The peace deal was signed in the Eritrean capital Asmara by Ethiopia’s Foreign Minister, Workneh Gebeyehu and the vice-president of the Somali regional state, Mustafa Omer.

“The Ethiopian government and ONLF delegations held productive discussions and reached a historic deal that allows the ONLF to undertake a peaceful political struggle in Ethiopia,” the foreign ministry said.

Ethiopian President Abiy Ahmed, since assuming office in April, promised to deal with ethnic conflicts in the country that have displaced over 2 million people since last year. He has also made attempts to reconcile with several rebel groups in the country.

In July, his administration removed the ONLF from a terror list which prompted the group to declare an indefinite unilateral ceasefire in August. 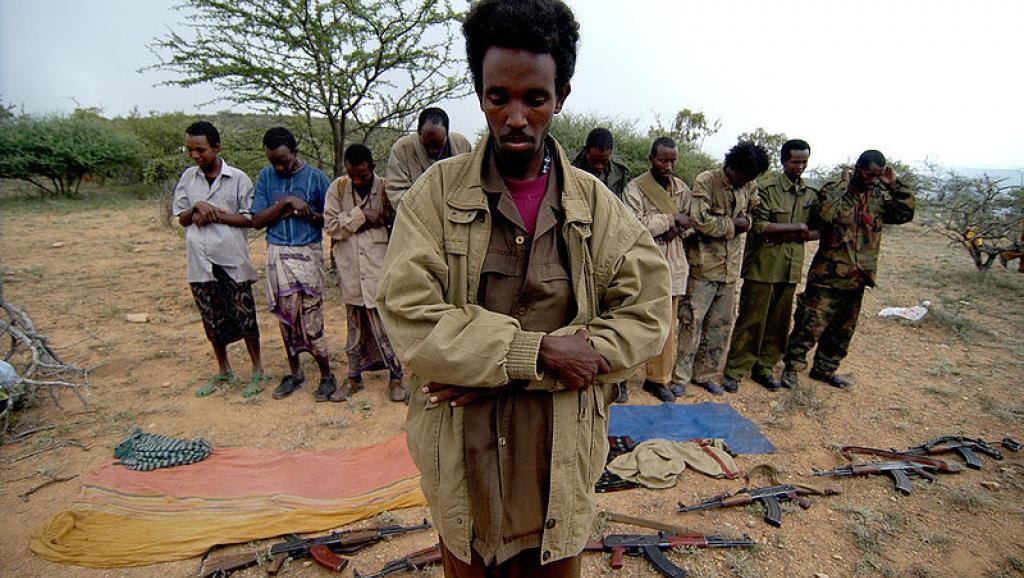 But what is the genesis of the conflict between Ethiopia and the ONLF?

In 1977, Ethiopia and Somalia got engaged in a territorial conflict over the Ogaden region that is claimed and situated between the two countries.

This territorial dispute got international attention as Ethiopia had the backing of the Soviet Union while Somalia was supported by the United States.

The Border conflict and internal unrest in the Ogaden resumed after Somalia became independent in 1960 led by the Western Somalia Liberation Front of the area who were resisting Ethiopian rule.

Ethiopian leader, Emperor Haile Selassie was overthrown in September 1974 by the military council known as the Derg and out of the political confusion that ensued arose many separatist groups who were opposed to the Derg. The Western Somali Liberation Front (WSLF) was one of those groups. Made up of Somalis living in the Ogaden region of Ethiopia, this group demanded the annexation of the area they controlled to Somalia.

The Derg, by 1977, had gained total control of almost all of Ethiopia, as it suppressed many separatist groups, particularly the WSLF and its supporters. Ethiopia, had, around this time been declared a Marxist state and had been allied with the Soviet Union.

The WSLF, meanwhile, in their fight gained support in terms of weapons and other supplies from the Somali government while the Soviets also supplied their new ally Ethiopia with massive support to the extent of bringing in 15,000 Cuban troops as well as “volunteers” from other communist nations such as Yemen and North Korea when the territorial conflict began. The Somalis, in response, also requested support from the United States, which they received.

When the conflict began in July 1977, the Somali National Army of about 35,000 alongside fifteen thousand WSLF militiamen outnumbered the Ethiopian military but because Ethiopia had superior artillery and air force due to the Soviet support they received, they defeated the Somali Army and the WSLF allies and drove them out.

At the start of the conflict, Ethiopia controlled 10 per cent of the Ogaden region but by March 1978, it had captured almost all of the Ogaden, pushing the Somalis out of the area.

Accounts state that by the early 1980s, the number of refugees in Somalia from the Ogaden exceeded 1,500,000, most of them women and children.

Since the 1980s, the region has continued to experience periodic unrest, including tensions after the disputed 2005 general elections and the civil unrest in Somalia and Ethiopia’s intervention there in 2006.

Thus, the Ethiopian government has had military presence in the region that is said to contain four trillion cubic feet of gas and oil deposits.

The Ogaden National Liberation Front (ONLF) which was formed in 1984, has been one of the groups spearheading these periodic insurgencies.

Its massive attack was in April 2007 when its fighters killed about 74 people in an attack on a Chinese-run oil facility. This compelled the Ethiopian government to further crack down on the activities of the ONLF rebels that have claimed lives and caused other human rights abuses.

Following the group’s indefinite unilateral ceasefire in August after their removal from the terror list and Sunday’s peace agreement, the two sides have now agreed to end all hostilities and form a joint committee to discuss the root causes of the conflict.