Between the late 1950s to 1980s many black people moved to Europe from the Caribbean and the USA with the belief that the continent provided more freedom and opportunities for them. The emigration to Europe started a little after World War 1 when enslaved blacks who served in the armies automatically gained freedom if they made it out alive.

With their new-found freedom, they moved to Europe to work at the ports or gain an education to start prestigious careers, an opportunity they were denied in the Caribbean and the USA.

The height of the black European migration was after the Harlem Renaissance, the birth of the African-American popular culture as a global phenomenon in Harlem, New York. Popularly known as the Black Cultural Mecca, it was famous for its great jazz clubs, African-American arts, culture, and heritage.

At the peak of the Harlem Renaissance, African Americans supported each other to travel to Europe to further their studies and widen their reach. While abroad, they realized that Europe had better living condition as compared to America.

Even though the Harlem Renaissance was short-lived, ending in the late 1930s, it uplifted the African-American race providing a voice that caught the attention of the world, paving the way for many politicians and civil rights activists, in the 1940s and onwards, who preferred to live in Europe after a while.

With all this, one might think that blacks in Europe were free from racism and segregation but that was definitely not the case.

Many blacks in Britain suffered severe racism, segregation and harassment from white youth, leading to many riots such as the Nottinghill Riots. This segregation also saw many of them create their own spaces.

One of the most popular being the Mangrove restaurant. 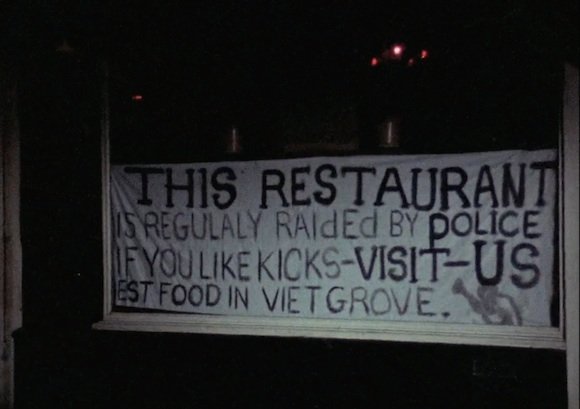 In 1968, Trinidadian civil rights activist  Frank Gilbert Crichlow established the Mangrove Restaurant, 15 years after arriving in England as one of the first post-war immigrants from the Caribbean.  He then moved to Notting Hill to join a well-established black community and set up the El Rio Cafe in 1959, a popular restaurant which closed down after the Profumo scandal.

Shortly after, he set up the Mangrove Restaurant to serve as a meeting place for blacks, calling it the university for hustlers. In the years to follow he would be known as the father of black radicalism in London and Europe.

Thanks to the fame of El Rio, Mangrove Restaurant established itself rapidly and soon started what can be called the Mangrove movement, very similar to the Harlem Renaissance.

Blacks in the arts met regularly at the restaurant to share their talent and talk about ways to overcome the constant harassment and segregation they suffered under the white Briitish. They invited several blacks who had migrated to Europe to visit and soon Mangrove Restaurant hosted several big names in the black entertainment industry such as Diana Riss, Jimmy Hendrix, Bob Marley and Nina Simone to mention a few.

The popularity and constant patronage of Mangrove Restaurant raised the eyebrows of the British police, leading to constant raids during peak hours in the hopes of finding illegal weapons and drugs. They were never successful at finding what they wanted.

Between 1969 and 1970, the restaurant was raided nine times, making several black people rise up to protest against the treatment meted out to them by the white police.

Later in 1970, Chrichlow and several other blacks patrons of the Mangrove Restaurant embarked on a peaceful demonstration, marching to the police station to find justice for the several unlawful raids. They were arrested and spent spent 55 days in jail. Released in  1971, they came to be known as the Mangrove 9. 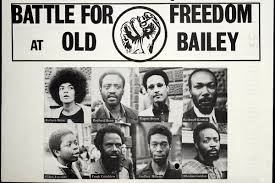 After being released, Chrichlow established the Mangrove Community Association, serving as a grounds for radicalism and civil right activism in UK slowly spreading out through Europe. They soon gained the support of the Black Panther Party in the UK and the USA and worked hard at ending racism and harassment.

This increased the number of police raids on Mangrove Restaurant but did not reduce its patronage in any way. In 1979, Chrichlow was charged and arrested for drug possession but was later released after they found no evidence to throw him in jail and bring to an end what he had started.

The Mangrove Restaurant became the meeting place to plan the Notting Hill Carnival, which had started in 1959. It was also the venue of many other activists’ meetings. 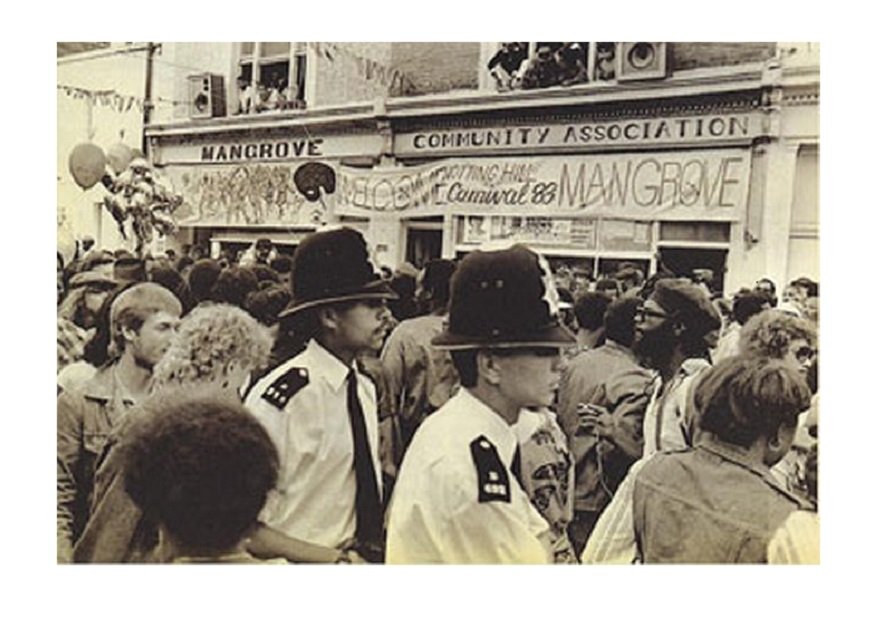 In 1988, the restaurant was raided by 48 police officers and Chrichlow was arrested and charged with supplying drugs to patrons. he was charged and prohibited from getting close to the restaurant for a whole year.

His absence led to the slow collapse of the Mangrove restaurant and movement. Chrichlow had lost a lot of money fighting the law to allow him into his own property and he did not have enough money to restore his restaurant.

Despite closing down, the restaurant had helped improve the black entertainment industry and created a black activist movement that fought for the basic rights of blacks in the UK.