In 1963, a Tanzanian secondary school student, Erasto Mpemba, entered scientific history when he sparked a scientific mystery and controversy that remains to this day.

The phenomenon Mpemba found is now known as the Mpemba Effect and is the very counterintuitive idea that, under certain circumstances, a quantity of very hot liquid can freeze faster than an equal quantity of cold liquid. 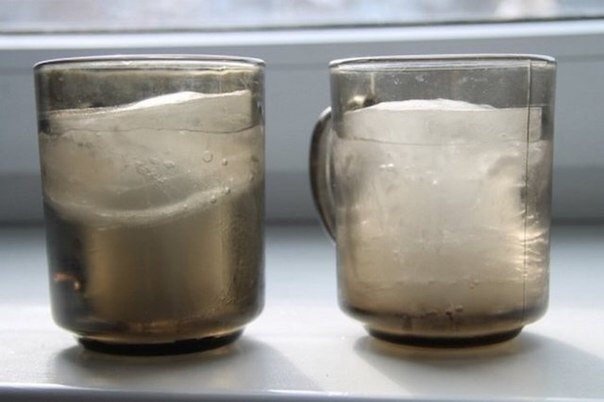 Mpemba made the accidental discovery when he was making ice cream one day in high school. He mixed boiled milk with sugar just like the rest of the boys at his school did, but instead of waiting until the milk cooled; he decided to put his hot milk in the fridge so that he wouldn’t lose the last available space.

When he checked later he realized that his mixture had frozen ahead of those that other boys had put in the fridge before.

Mpemba asked his physics teacher why hot water freezes faster than cold water but the teacher assured him that was impossible.

Mpemba did not give up on the matter; he encountered an ice-cream seller while on holiday in Tanga who also told him that using hot water was a common practice among the ice-cream makers. But before that, he had once sneaked into a school lab to carry out an experiment with beakers of warm and cold water and again found the same result.

The teacher’s answer to Mpemba did not mark the end of his curiosity on the matter, and a few years later, on a higher level of education in another school, he posed the same question to another teacher who, after Mpemba’s persistence replied: “Well, all I can say is that that is Mpemba’s physics and not the universal physics.” The phrase was later adopted by his classmates to mock his questions and thoughts in class.

When Dr Denis Osborne, a physics professor from University of Dar-es-salaam visited his school, Mpemba had the usual question in mind but this time modified it and asked: “If you take two similar containers with equal volumes of water, one at 35 °C and the other at 100°C, and put them into a refrigerator, the one that started at 100 °C freezes first. Why? “

Dr Osborne was sceptical at first but did not despise the question and promised to research it upon his arrival back in Dar-es-salaam, and when he found the result the professor was so intrigued that he began to work with Mpemba to solve the conundrum and published their joint paper with the title “Cool?”   in   the   journal ‘Physics Education’ in 1969. The effect became known as The Mpemba Effect.

Since then, many scientists have attempted to find an explanation, but there have been failures in reaching a consensus.

In 2012, the Royal Society of Chemistry held a competition calling for papers offering explanations to the Mpemba effect. More than 22,000 people entered and Erasto Mpemba himself announced Nikola Bregovic from Department of Chemistry of the University of Zagreb in Croatia the winner.

Nikola had not solved the problem but he had approached it cleverly and carefully and was appreciated and recognized for his efforts.

Mpemba brought the phenomenon to the attention of modern science although scientists say it was first observed by Aristotle who observed in 350 BC that: “The fact that the water has previously been warmed contributes to its freezing quickly: for so it cools sooner. Hence many people, when they want to cool water quickly, begin by putting it in the sun.”

Other ancient scientists who had discussed it earlier are Francis Bacon and René Descartes. But while it’s been observed and discussed by renowned thinkers for years, nobody has ever worked out why hot water freezes more quickly than cold.

Mpemba Effect still to this day remains one of the biggest scientific mysteries. It has also become a subject of interesting experiments carried out by many YouTubers in the West.