Sitting less than an hour away from Dakar, the capital of Senegal in West Africa is Lake Retba, a coral pink lake that is nestled between white sand dunes and the Atlantic Ocean.

The lake was then the finishing point of the off-road car race, the Dakar Rally but it has since become a source of livelihood for thousands of people from Senegal and West Africa who come there to harvest salt. 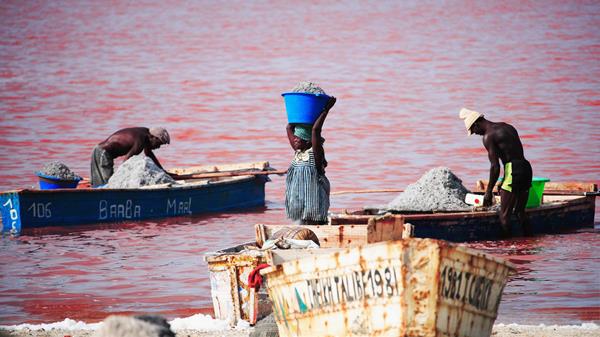 Locals harvest salt from the lake

According to locals, the salt content of the three square kilometre lake can be compared to that of the Dead Sea and even exceeds during the dry season.

The water turns colour in the sun due to a salt-loving micro-algae which produces a red coloured pigment. 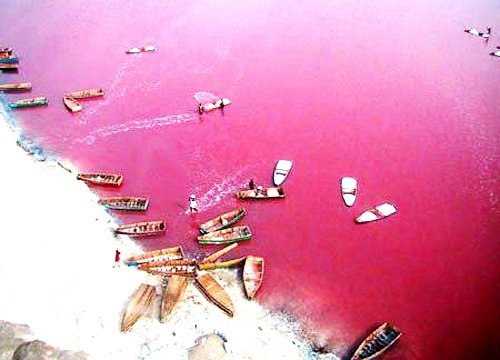 Men were hitherto fishing in the lake but by the 1970s, locals started to collect and sell salt for income following a period of economic hardships and drought, according to a report by news site CNN. 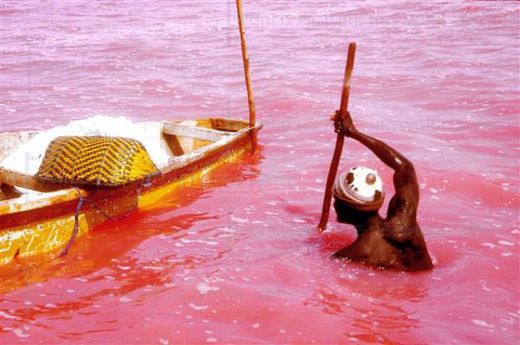 Locals depend on the lake for salt — DOGO News

Locals have since been transporting, drying and trading salt from the lake, otherwise known as Lac Rose, with over 70% of it being exported around West Africa, particularly to the Ivory Coast. 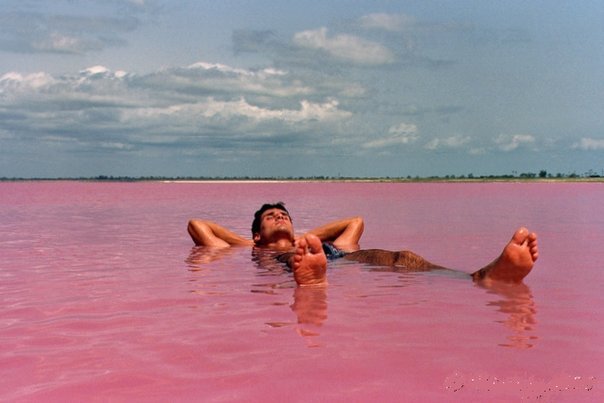 The lake is one of Senegal’s most popular tourist destinations

The unique lake, which is one of Senegal’s most popular tourist destinations, is said to be intensely pink during the dry season (November through June), and less during the rainy season (July through October).