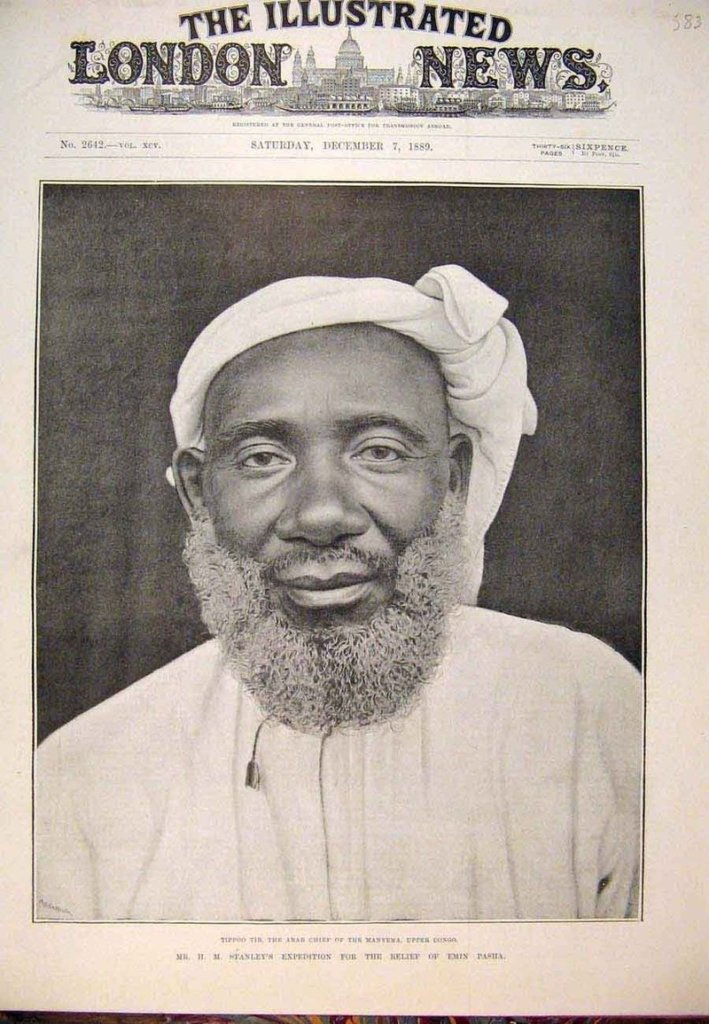 Tippu Tip on the front page of a British newspaper

He was a Swahili-Zanzibari slave trader, businessman and governor who worked for many sultans of Zanzibar. Tippu Tip traded in slaves for Zanzibar’s clove plantations.

He led many trading expeditions into Central Africa by constructing profitable trading posts that reached deep into the region. By 1895, he had acquired “seven ‘shambas’ [plantations] and 10,000 slaves.

He met and helped several famous western explorers of the African continent, including David Livingstone and Henry Morton Stanley. He claimed the Eastern Congo for himself and for the Sultan of Zanzibar; and was later made governor of the Stanley Falls District in the Congo Free State.