On January 16, 1970, three inmates in California’s Soledad Prison, Fleeta Drumago, George Jackson and John Clutchette, were charged with the murder of a white prison guard, John Vincent Mills and became known as the Soledad Brothers. Prior to their joint charges, the Soledad brothers had spent time in prison on separate charges of burglary and had not received a hearing. 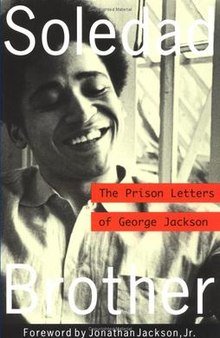 While in prison, the three inmates led by George Jackson were famous for their boldness in writing about the harsh treatment of black inmates in the Prisons. Their letters, constant talks with civil rights activists and family who visited them brought to light the extent of racism, segregation and ill-treatment that African-Americans suffered even in the prisons.

On January 13, 1970, fourteen black prisoners including the Soledad Brothers, two white inmates and nine other blacks were allowed out into the yard of the prison for recreational purposes after several months of not seeing daylight with strict monitoring under white officer and an expert gunman, Officer John V. Mills.

The killing of the 3 black inmates led to a hunger strike by black prisoners. The protest was done in the hopes of getting Officer Miller arrested for his crime and the case investigated. Before this killing, many black prisoners had lost their lives unfairly in the prisons. 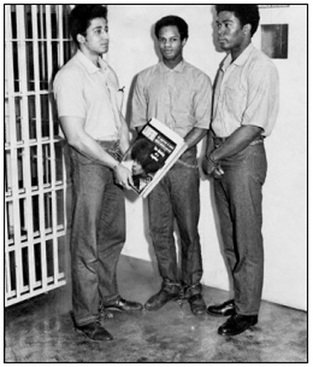 During the investigation of the case, no black inmate was allowed to testify and on 16 January 1970, Officer Miller was exonerated by the Monterey County grand jury after the deaths were ruled out as “justifiable homicide”. Officer Miller was found dead in the prison just 30 minutes after the final ruling was announced on the radio to the hearing of the housemates.

Even though innocent, the Soledad Brothers were indicted for first-degree murder of Officer Miller.

Within the Black Panther Party and other civil rights societies, the indication of the Soledad Brothers was a means of getting rid of the three men who were not afraid to voice out problems of white privileges in the prisons, especially George Jackson who was a known activist. 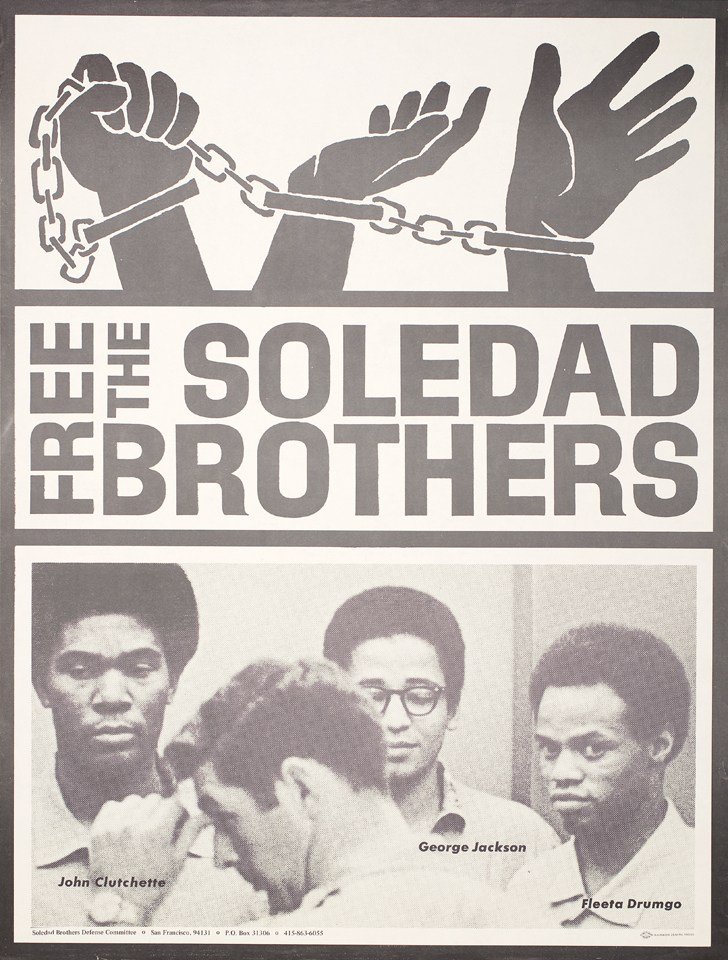 Civil rights activists worked hard to see to it that justice prevailed and the Soledad Brothers were freed. Funds were raised to ensure that they had the best lawyers and that their case was not left to die with time like many others in the previous year.

In August 1970, 17-year-old  Jonathan Jackson and brother of George Jackson was killed after taking Judge Harold Haley, Gary Thomas and three other jurors hostage demanding the release of the Soledad Brothers. The act of bravery made the case of the Soledad brothers stir up a fight for justice in the African American community. 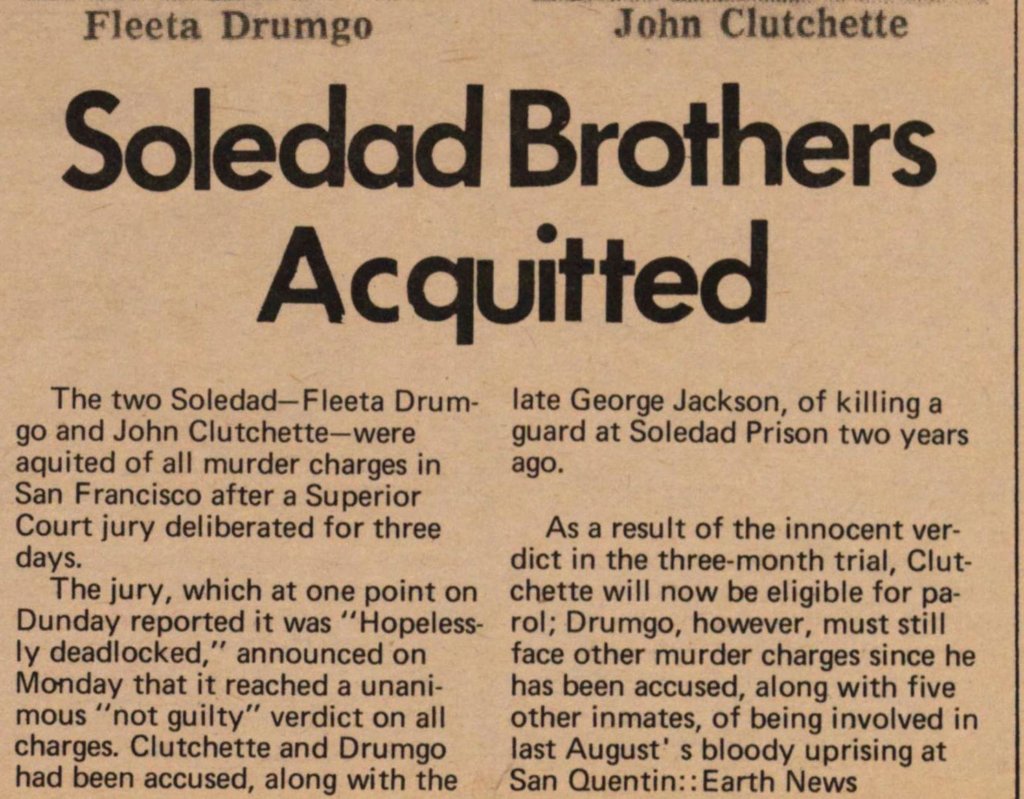 After years of protests from the Black Panther party and other activists, on March 27, 1972, the San Francisco jury dropped all charges against the Soledad Brothers because the state had failed to prove the case. The charges were dropped a few months after a guard killed George Jackson in an open fire shooting after claims that he had started a riot that was to lead to an escape.

The case of the Soledad Brothers remains one of the most talked about cases in civil rights history.