On this day in 1975, the southern African nation of Mozambique gained independence after a brutal 9-year war with their then colonial master Portugal.

The seeds for the independence war were planted as a result of anti-colonial rhetoric and communist ideals beginning to take hold in many countries in Africa. In the case of Mozambique, the ethnic Portuguese who lived in the nation appeared to benefit from policies geared toward them while natives were often seen as an after-thought. Considering how colonization trended toward placing natives across the continent in the lower rungs, those claims were likely true.

An uprising began to form among the indigenous peoples of the nation, with freedom fighter leaders saying that the country discriminated against them. Because of the disparity between the Portuguese and natives in the country, a swiftly growing rift came to a head in the late 1950s and early 1960s as it became clear White Portuguese Mozambicans and the Black Mozambican community were not on the same level.

The Front for the Liberation of Mozambique (FRELIMO) was a group of guerrilla fighters based in Tanzania who began plotting to overtake the Portuguese in the nation in September of 1964. Portugal was embroiled in other territorial clashes with Angola and Portuguese Guinea, which was known as the Portuguese Colonial War (1961-1974).

The Portuguese military attempted to stamp out efforts in the territories it occupied and even found some success, but the African guerrilla forces proved to be a relentless foe.

The Mozambican War for Independence was fortified by the support of the Soviet Union, which helped many of the anti-colonization efforts across Africa at the time. The Russians supplied FRELIMO forces with weapons, as did China.

Still, FRELIMO fighters were deeply outnumbered by the Portuguese military, with just 7,000 compared to as many as 24,000 fighters.

FRELIMO’s military commander, Filipe Samuel Magaia, had his fighters trained by the Algerian military. On the opposite end, General António Augusto dos Santos forged a quiet alliance with Rhodesia to support the Portuguese cause. 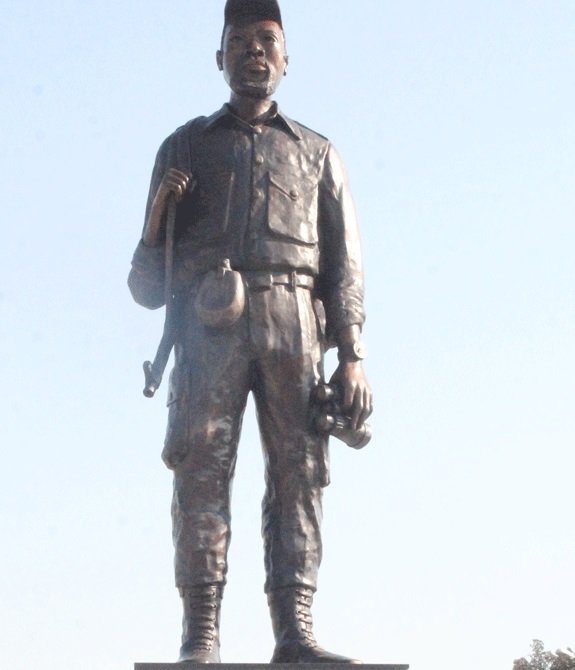 Eduardo Mondlane, the president of FRELIMO, was assassinated on February 3, 1969, with some speculating that Portuguese secret police forged the plot to take momentum away from rebel fighters.

One account says that a parcel was delivered to his headquarters in Dar es Salaam and exploded when he opened the package. Another account claims a bomb went off under his chair inside his personal office space. 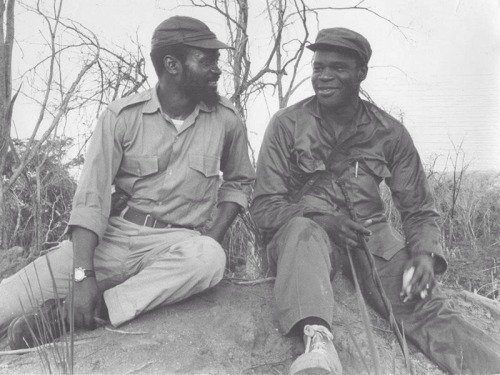 Either way, the killing sparked a power struggle for the leadership of FRELIMO, with it becoming known that Mondlane’s own compatriots conspired with the Portuguese to kill him.

FRELIMO began to attack civilian interests in the later years of the conflict, employing landmines, which disrupted the Portuguese efforts. Under Mondlane’s rule, FRELIMO fighters were ordered to show mercy to Portuguese Mozambicans but that was done away with in 1973 when hardliner Samora Machel took over. So intense was the fighting between the forces, Portuguese officials attempted to lure indigenous Mozambicans away from its civilian bases with the promises of “resettlement villages” and the like.

FRELIMO’s guerilla tactics began to wear down the Portuguese police and military, with panic among White Mozambicans at a fever pitch. The colonial wars zapped 44 per cent of Portugal’s budget and the unrest in the European camp to an end with the “Carnation Revolution” coup in April 1974. With the ousting of leader Marcelo Caetano in Lisbon, many Portuguese Mozambicans left Africa to return to their original nation.

General António de Spínola, the new head of government in Portugal, called for a ceasefire and negotiations between the country and FRELIMO officials helped with the signing of the Lusaka Accord on September 7, 1974.

In the accord, all power was handed over to FRELIMO without elections, and the country’s formal independence began on June 25, 1975, which was the 13th anniversary of the founding of FRELIMO.