Henry Brown was an African-American slave on a Virginia plantation in 1815. After his wife and children were sold to a plantation in North Carolina, Brown became more determined to escape the oppression of slavery.

He made one of the innovative and daring escapes in history when he decided to ship himself to freedom in a wooden box.

Being an active member of a local church and a choir member, Brown sought the services of a church colleague, James Caesar Anthony Smith, and a white storekeeper, Samuel Smith, to help him to escape.

Brown’s plan was to have himself shipped as cargo from Virginia to Philadelphia, where slavery had been abolished.

He contacted a carpenter to construct the box, which was 3 feet long, 2 feet wide, 2.5 feet deep, and lined with a coarse woollen cloth. The box had three small holes to help Brown breathe.  Brown would stay in the one position throughout the journey, unable to shift or move around.

On Friday, March 23, 1849, Brown began that dangerous journey. He climbed into the box, carrying with him some water and a few crackers.

His acquaintances nailed the box and labelled it “dry goods” and indicated ‘this side up’ to ensure Brown is in the upright position.

After 27 hours, the box arrived at the headquarters of the Philadelphia Anti-Slavery Society after a harrowing experience. 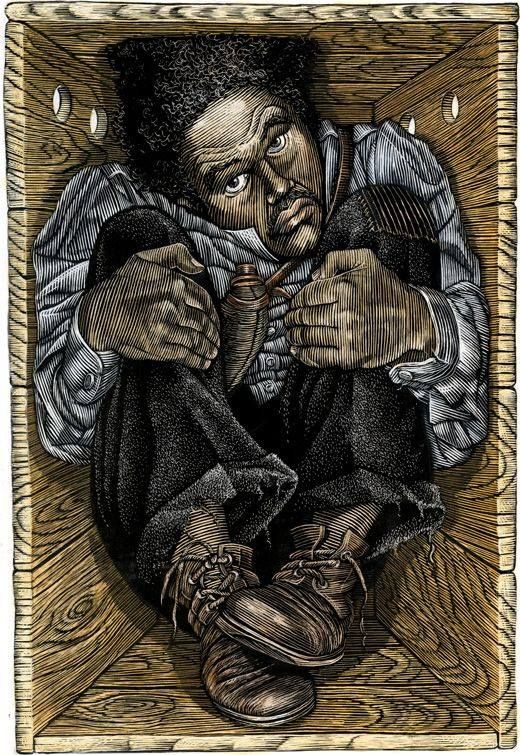 Henry Brown in his box

As Brown later described, several times during the trip he was left in an upside-down position. At a point, he felt he was going to die.

“I felt my eyes swelling as if they would burst from their sockets, and the veins on my temples were dreadfully distended with the pressure of blood upon my head. In this position, I attempted to lift my hand to my face but I had no power to move it; I felt a cold sweat coming over me which seemed to be a warning that death was about to terminate my earthly miseries,” he said.

Luckily, two people in search of a place to sit turned the box in the upright position, and Brown was spared.

When the box was finally opened at the Philadelphia Anti-Slavery Society headquarters, he came out exhausted but still managed to recite a psalm.

Following the dangers of his escape, some abolitionist leaders, including Frederick Douglass argued that it should be kept away from the public but Brown went ahead to publicize his ordeal. 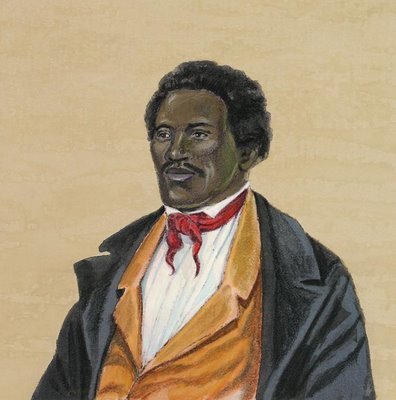 Brown soon became a noted abolitionist speaker, advocating strongly against slavery in America. He also turned his experience into an anti-slavery stage show.

In 1849, he produced a panorama about his experience as a slave. It was called Henry “Box” Brown’s Mirror of Slavery.

He also published, with Charles Stearns, his autobiography called Narrative of Henry Box Brown, Who Escaped from Slavery, Enclosed in a Box 3 Feet Long and 2 Wide. This became one of the best-known slave narratives in American history.

Despite these achievements, Brown was still legally a slave. After the Fugitive Slave Act was passed in August 1850, it was not safe anymore for Brown to be in a country where he could be put back into slavery. 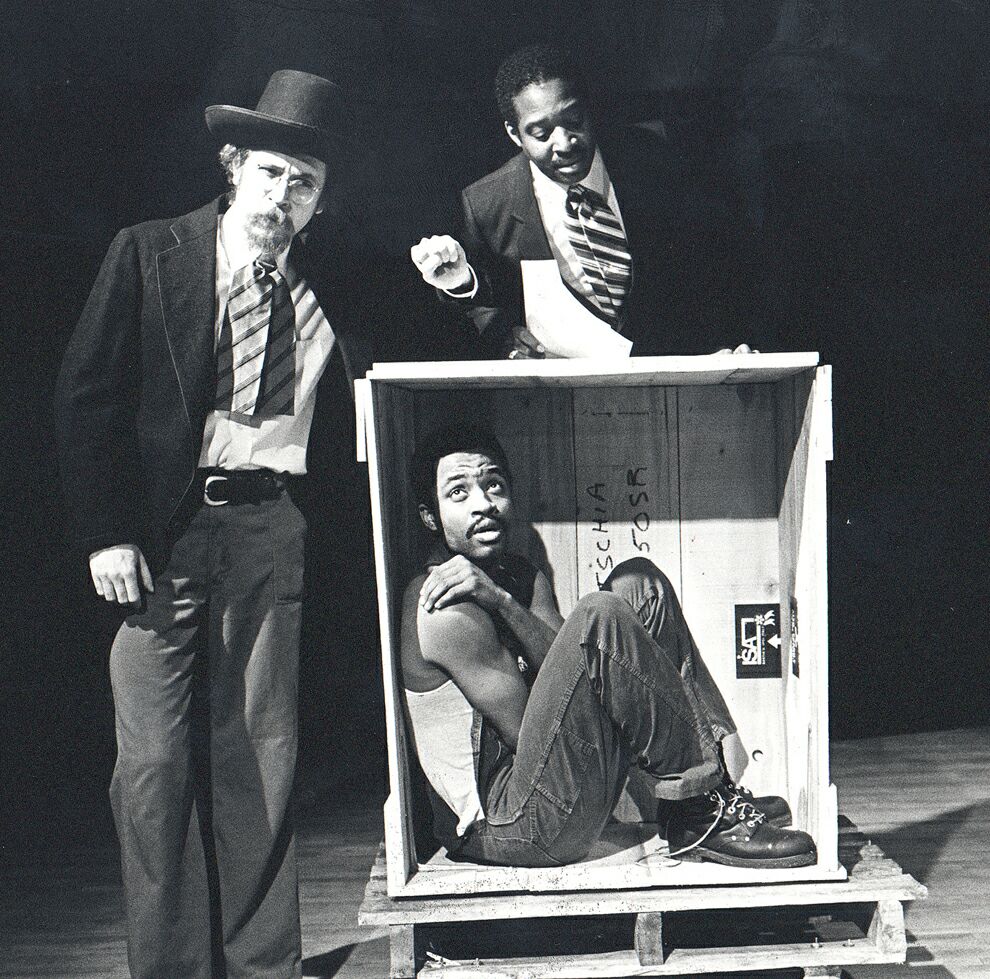 Brown developed his experience into an anti-slavery stage show — Heniford.Net

He, therefore, sailed for England, stayed there and travelled throughout the United Kingdom presenting his panorama. He also remarried.

In 1875, he returned to the United States with his wife and daughter. Brown made a living as a magician.

His last performance took place in Ontario, Canada, on February 26, 1889.

Meanwhile, the two Smiths who had helped Brown to escape, Samuel and James, attempted to ship more enslaved people from Virginia to Philadelphia but they were caught and put on trial.

James was acquitted but Samuel was convicted and served about ten years in prison.