The World Health Organisation (WHO) has released a list of the world’s most polluted cities based on the amount of particulate matter under 2.5 micrograms found in every cubic meter of air.

Data was collected from 4,300 cities between 2010 and 2016 and India is home to six of ten cities in the world with the worst air pollution, according to the global health body.

Egyptian capital, Cairo, is the only African country among the 10 most polluted cities in the world which include Delhi (India), Al Jubail (Saudi Arabia) and Novi Sad (Serbia).

Also, no African country made it on the list of the ten least polluted cities which was led by Bredkalen (Sweden), followed by Muonio (Finland) and Dias D’Avila (Brazil).

The assessment is based on satellite data and modeling overlaid on the database of cities, which is self-selecting as it is based on voluntary reporting, says WHO.

Nine out of 10 people on the planet breathe polluted air, and it kills 7 million people each year, almost all of them in poor countries in Asia and Africa. About a quarter of deaths from heart disease, stroke and lung cancer can be attributed to air pollution, WHO added.

Here is a map showing the level of air pollution in the listed countries. 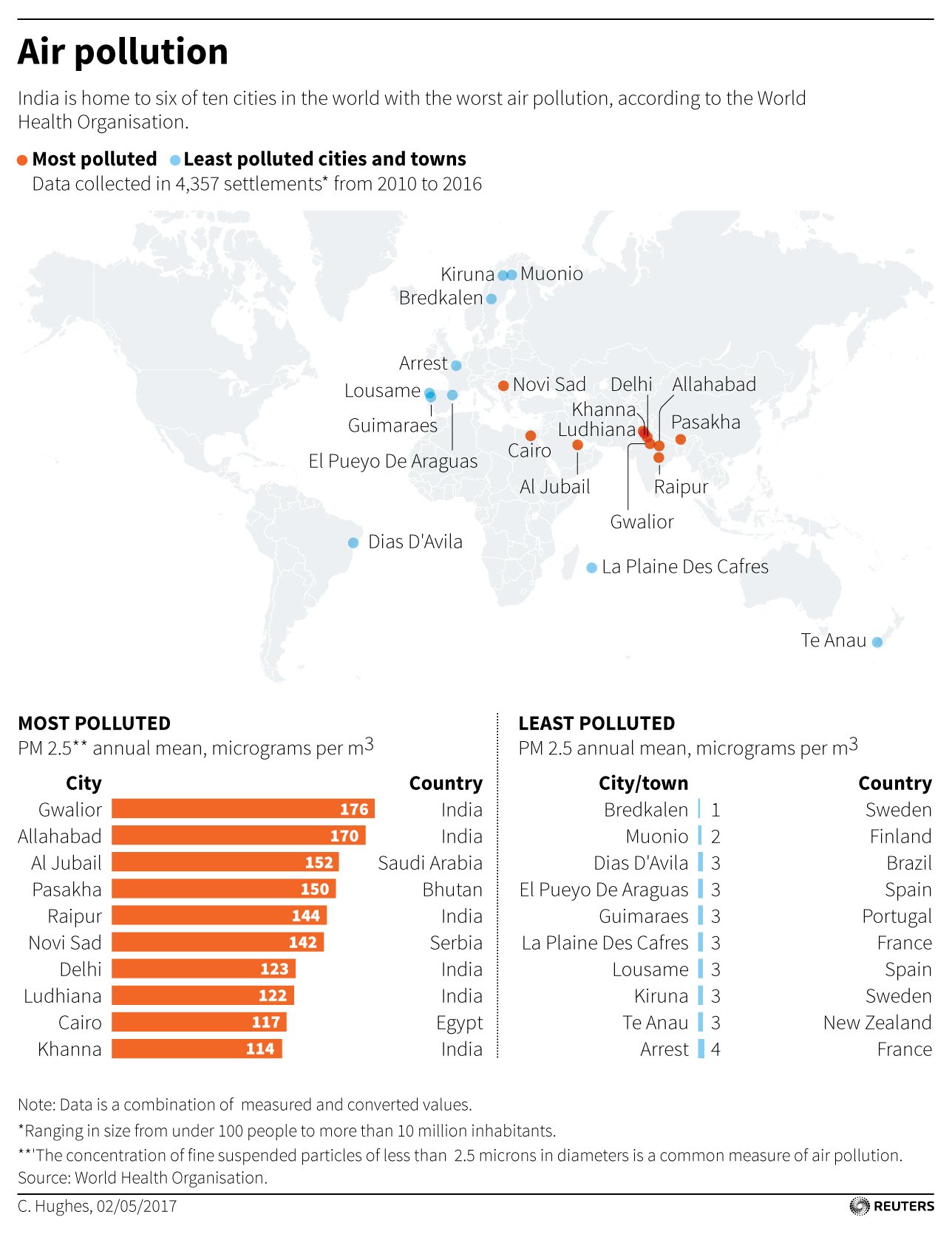