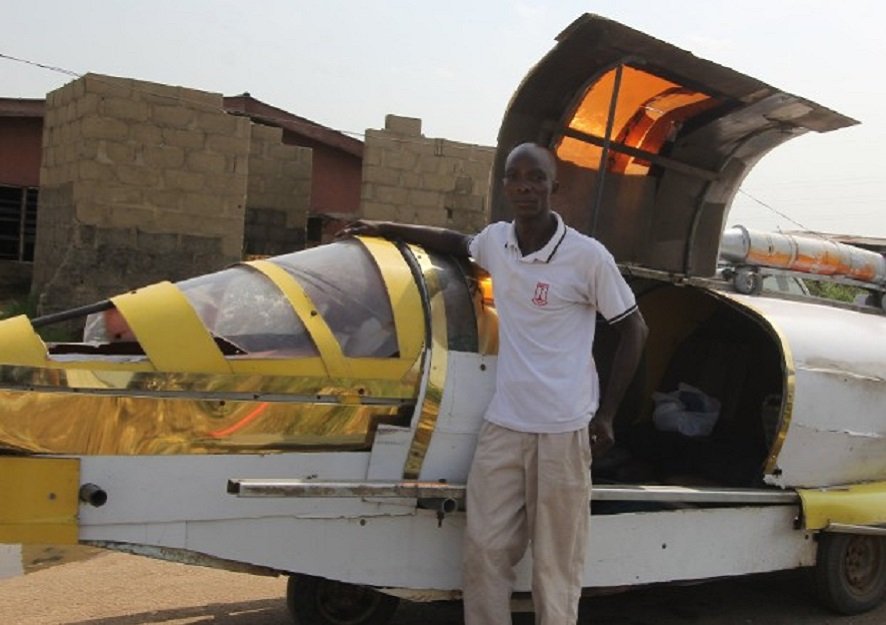 Last year, if you happened to be in Lagos, a city in Nigeria, you would have seen this unconventional aero-amphibious jet car roaming the streets occasionally.

Made by a 46-year-old self-taught inventor, Kehinde Durojaiye, the vehicle is essentially designed to operate on land, water, and in the air.

From his little shop at a dump site next to a lagoon in Lagos, Durojaiye, otherwise known as ‘Kenny jet,’ has made four prototype cars as at last August.

He claimed that the car could move 120 kilometres per hour on land and at least six knots on the sea.

Durojaiye’s jet car is made with everyday discarded materials like wood, plastic and styrofoam. He continues to refine prototypes of his car, hoping to make it fly in the near future.