Visitors say Sossusvlei is probably Namibia’s most spectacular and best-known attraction. It is located in the southern part of the Namib Desert in the Namib-Naukluft National Park – the largest conservation area in Africa.

Sossusvlei is a large, white, salt and clay pan surrounded by high sand dunes of vivid pink-to-orange color. The oldest dunes have an intense reddish color. 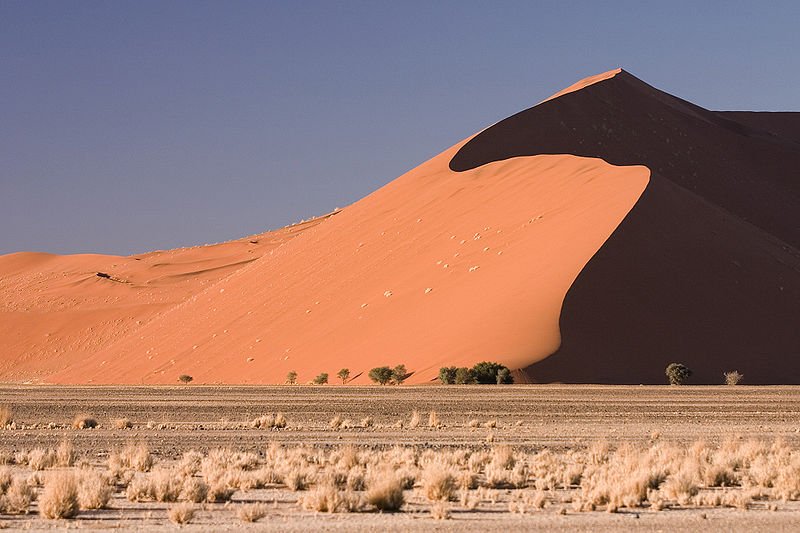 The pan remains bone-dry most years due to the dry conditions of the Namib Desert. Sossusvlei, which means “dead-end marsh”, is the place where the dunes come together preventing the Tsauchab River from flowing further, some 60km east of the Atlantic Ocean. 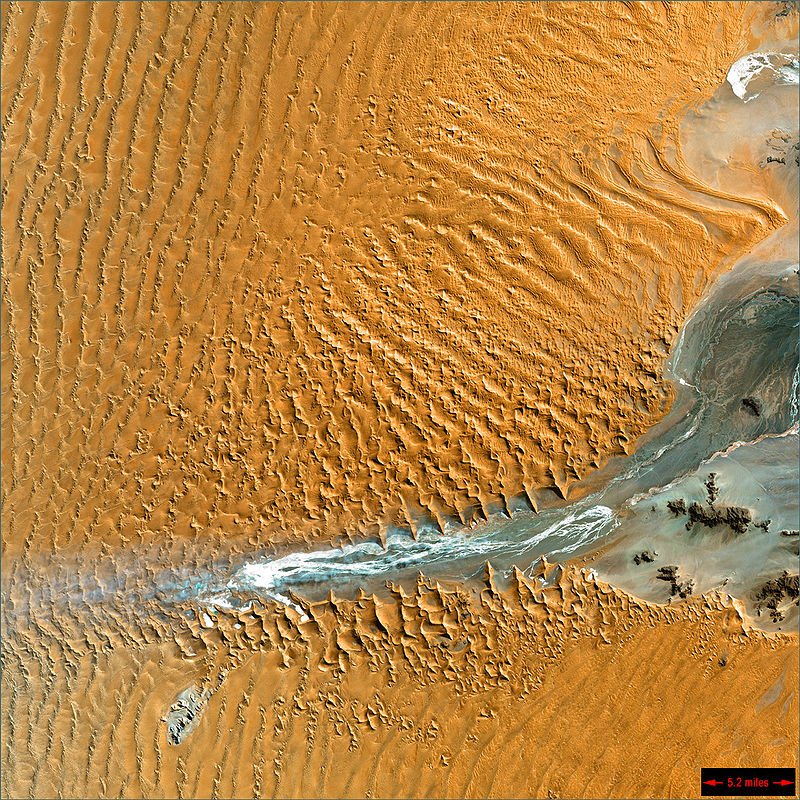 During an exceptional rainy season, the Tsauchab River fills the pan, drawing visitors from all over the world to witness this spectacular site.  When the pan fills it can hold water for as long as a year, and the glassy “lake”, that appears afterwards holds reflections of the surrounding dunes. 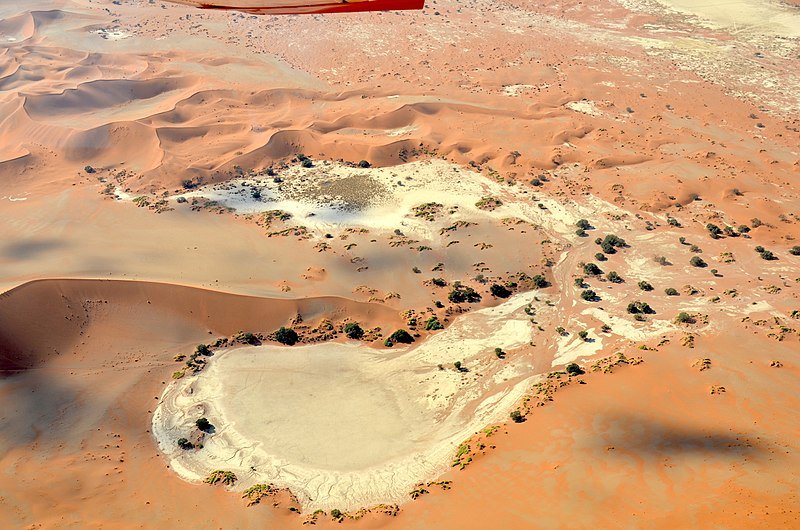 Despite the harsh desert conditions in the area, a wide variety of plants and animals have adapted and thrived. 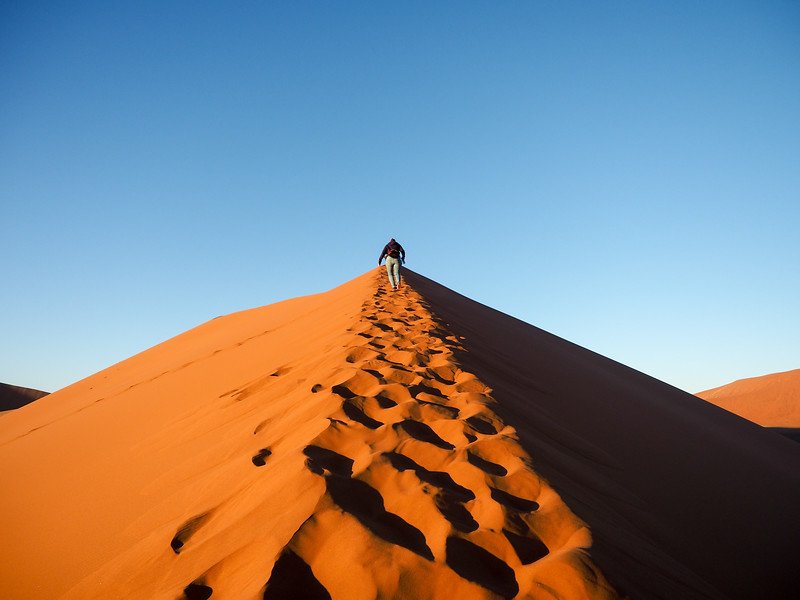 The dunes in Sossusvlei are some of the highest in the world, many reaching almost 400 meters. The highest is nicknamed Big Daddy, and is about 325 meters high.