Until recent times, blood in urine, which is a common sign that schistosomiasis, a chronic disease caused by parasites, has taken place, was seen as something else by some folks in Egypt.

Especially among the uneducated, they believed it was a form of menstruation, according to accounts.

Schistosomiasis, also known as Bilharzia, has been described informally as the leading cause of menstruation in boys.

Discovered by Theodor Bilharz, a German pathologist while working at Kasr El-Eini Hospital in Cairo, the disease is caused by the parasite Schistosoma haematobium, with one of its symptoms being traces of blood in urine and stool.

In the time before treatments were widely available, this was so common that people in Egypt expected adolescent boys to go through that stage of what is described as “male menarche” (during adolescence, it was normal for them to urinate blood).

Schistosomiasis is spread through freshwater that contains schistosomes. In some tropical areas where people work in wet places such as rice fields, most boys pick up the disease and start bleeding around puberty when they start working in such fields.

For the uneducated, this seemed like the male equivalent of female menstruation.

Schistosomiasis has been infecting humans for at least 4000 years and had its own specific hieroglyph in ancient Egypt.

According to accounts, Egyptian pharaohs in 1950 BC wrote of urinary bladder disturbances that probably were schistosomiasis haematobium.

The hieroglyph used to denote the disease was a dripping penis. From around 1200 BC, Schistosome eggs have been found in mummies.

Till now, infections continue to be a significant public health concern in much of Africa and the Middle East, according to the World Health Organisation. 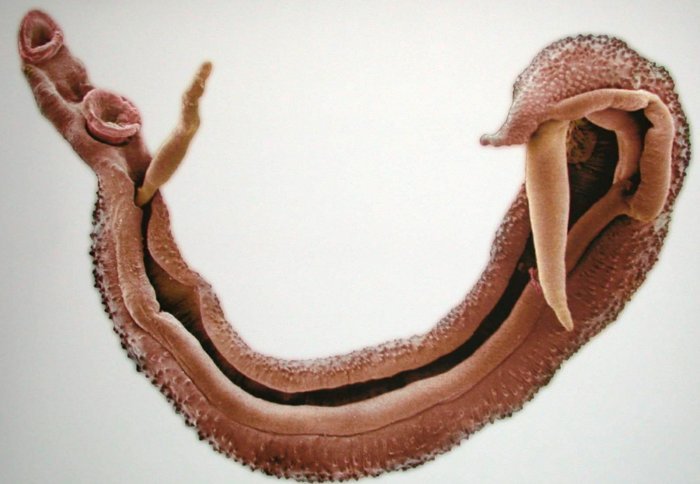 Estimates by the WHO show that at least 206.4 million people required preventive treatment for schistosomiasis in 2016, out of which more than 89 million people were reported to have been treated.

Much focus on reducing the disease is through periodic, large-scale population treatment with praziquantel.

A more comprehensive approach including potable water, adequate sanitation, and snail control would also reduce transmission, according to the WHO.

In their paper for the journal Human Ecology Review in 2002 called The Paleoepidemiology of Schistosomiasis, Helmut Kloos and Rosalie David stated how humans have contributed to this situation, particularly, in Egypt: