It was October 7, 1952, at 12:48 pm when the most senior Kenyan administrator in Kiambu District was shot.

Chief Kungu Waruhiu had just arrived at the Seventh Day Adventist mission 7 miles outside of Nairobi when a series of shots smashed into his car, killing the Kikuyu leader instantly.

The killers were believed to be from the Mau Mau, a secret society that was bent on driving out the white men from the British colony of Kenya.

The group had already been accused of arson and other killings, hence their alleged assassination of Chief Waruhiu, one of the most loyal servants of the British, shocked the colonial administration to the extent that it had to call a state of emergency that lasted almost eight years.

The colonial government also ordered immediate arrest and detention of more than a hundred African political leaders accused of being Mau Mau sympathies, including supporters of the Kenya African Union (KAU) and its Party Chairman Jomo Kenyatta, who later would become Kenya’s first Prime Minister and President.

Chief Waruhiu’s murder made international news hours after it happened. It was covered by numerous papers and discussed at Westminster. 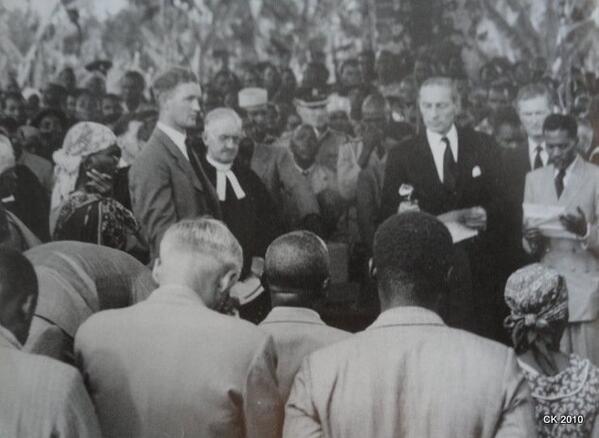 Funeral of the late chief — owaahh.com

At his funeral, the colonial governor Sir Evelyn Baring called him “a great man, a great African and a great citizen of Kenya, who met his death in the service of his own people and his Government.”

His death, the legal battle that ensued, and other related events, would come to change the course of Kenyan history.

Why was the assassination of the chief one of the most important murder of the early 1950s?

Chief Waruhiu, who served the colonial government for thirty years, lived from 1890 to 1952.

Starting out as a teacher at the Kambui mission and rising to the enviable position of Senior Chief, Waruhiu was in his biography, described as an “extremely rare and prototype chief that was hard to come by in the colonial days, but also one of the most loyal and distinguished participants in the colonial administration.” 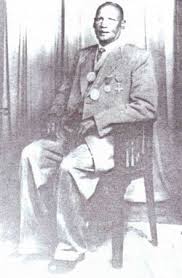 For a man who believed that Africans were not yet ready for self-government and that they could not attain it through violence, he was seen by others as a traitor who was assassinated because he sold his country to the British colonizers.

The things Waruhiu did in his early career determined the course of his life, and ultimately, his death.

He had then been targeted and had survived several assassinations and arson attempts, one of which killed one of his sons.

After an August 1952 arson attack, followed by a mysterious letter from the Mau Mau, Waruhiu sought additional protection from his bosses, who, according to accounts, set him up with a .38 Smith & Wesson pistol, ammunition, and rudimentary training. But those could not save his life on that fateful day.

About three days after his death, a man called Waweru Kamundia arrived at a police station to inquire about a car, the same one that was used by the shooter (the getaway car).

Born in Othaya, Nyeri, Waweru was employed to operate the car as a taxi. He was arrested and within a few months, charged with murder as the getaway driver.

On October 11, detectives picked up one Gathuku Migwi from Uthiru, who “stocked clothes and other wares in his shop.”

A day after his arrest and placement on suicide watch, Gathuku Migwi confessed to killing Chief Waruhiu. Waweru Kamundia also confessed to driving him and two other men there.

The funeral of the late chief and the suspects arrested — owaahh.com

Waweru, in his first confession, said that he had been hired to drive to the scene but he was threatened when he realized he was a getaway driver.

According to Gathuku, he had been hired for the job by Mbiyu Koinange, the son of the former Senior Chief Koinange Mbiyu, and had been given a gun and 30 shillings.

The Koinange Clan, which was one of the richest families in Kiambu, was believed to be financiers of Mau Mau, according to Intelligence reports.

It is said that Chief Koinange did not only provide money and logistics but also allowed the group to use his home as an operating base.

With Gathuku’s confession, it became obvious that the Mau Mau and Koinanges were connected to the murder of Waruhiu.

But there has, since now, not been any concrete evidence that they did. Koinange who would in 1964, become Kiambu’s first senator was, meanwhile, acquitted.

Historical accounts state that the white settler community gained a lot from Waruhiu’s assassination as it paved the way for something they had been demanding for a long time – a declaration of a state of emergency and the arrest and detention of African leaders. 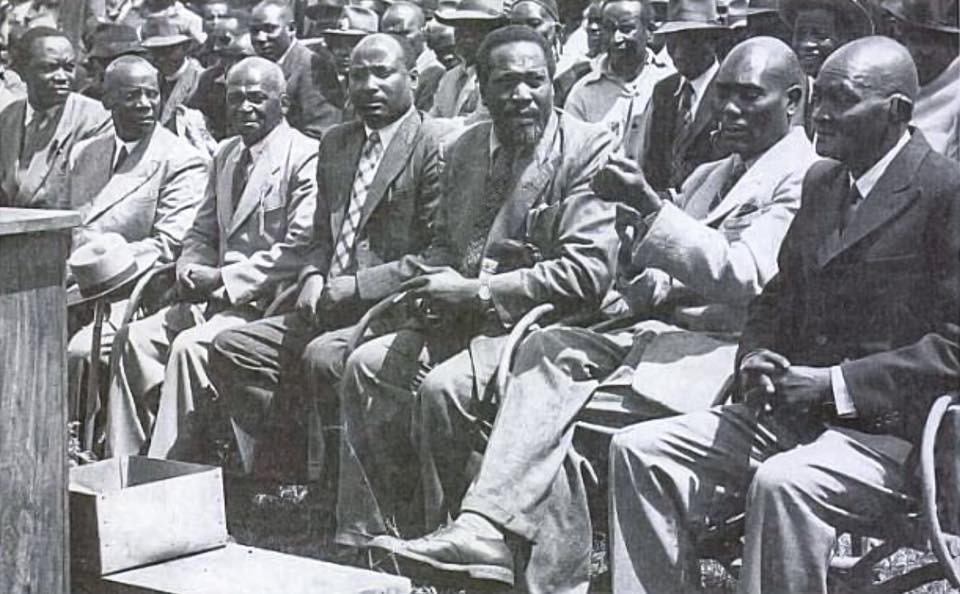 In the book, Controversial chiefs in colonial Kenya: the untold story of Senior Chief Waruhiu Wa Kung’u, it was argued that some leaders of the white settlers, who were working closely with government officials, could have been behind the chief’s murder.

As events unfolded in the courtroom, it became obvious, according to the writer, that the police, the prosecution, and the court were bent on making the murder charges against the accused suspects “stick despite the discrepancies and contradictions in the evidence against them.”

Other historical accounts backed this claim, arguing that the prosecution failed to prove beyond any reasonable doubts that Waweru and Gathuku killed Waruhiu.

They recorded that the two had been beaten to the edge of death and threatened to confess, so they had to do so, to save their lives.

In effect, the mystery of who killed Chief Waruhiu and those behind his murder still remains unresolved to many people till now.