The word Moor conjures up many thoughts. Due to required Shakespearean reading in school, we may have heard this word used to describe blacks.  But as more facts emerge, we are gradually learning just how powerful the black presence was in olden times. 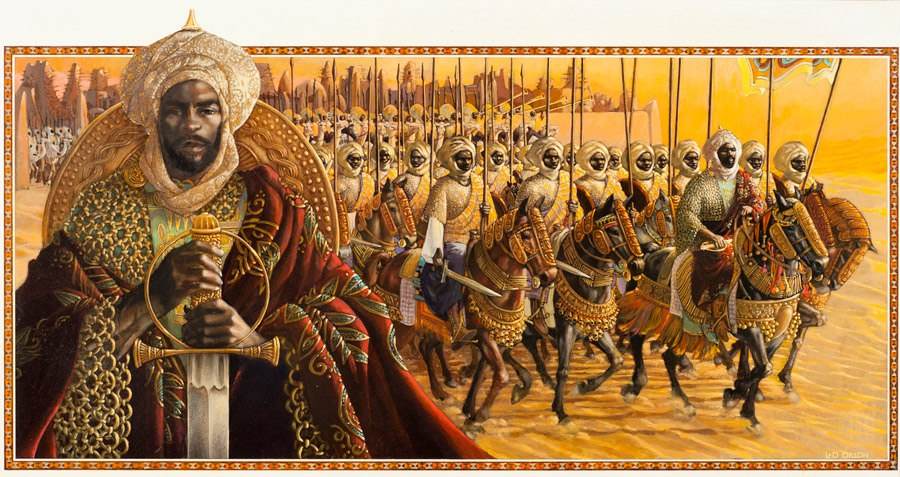 The Oxford English Dictionary describes a Moor as, “A member of a north-western African Muslim people of mixed Berber and Arab descent. In the 8th century, they conquered the Iberian Peninsula, but were finally driven out of their last stronghold in Granada at the end of the 15th century.”

The Dutch language used the word Moor and Moorian to describe blacks.

Today, the word Moryan among the Lorma community in Liberia is still used today.

African moors, who conquered Spain and ruled it for 700 years, were responsible for bringing Europe out of the dark ages. The Great Mosque of Córdoba from their era is still one of the architectural wonders of the world in spite of later Spanish disfigurements. pic.twitter.com/vJs5QK2GdZ

From 711 AD up until 1492 AD, Muslim African Moors overcame and ruled Spain. The Great Mosque of Córdoba,  considered one of the world’s architectural phenomena, is an evidence of this conquest. It still stands today although in a ravaged state. 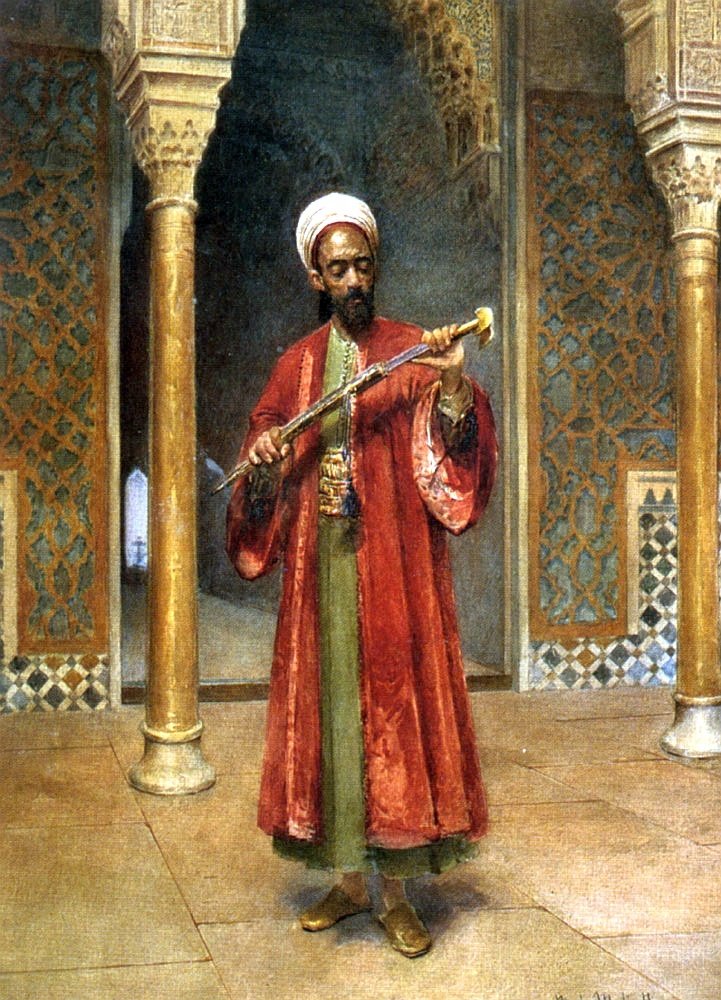 Depiction of a Moor…The Palace Guard by Maria Martinetti

The Moors were forced to migrate from Morocco to the Iberian Peninsula due to the Arab invasions.  It was then that they were able to take power and rule for the period of time they did as documented by Runoko Rashidi and published by Atlanta Black Star.

In July 710, Tarif and an army of 400 Berbers defeated the opposition in Iberia. Tarif, the port city of Spain, is named after him.

A more substantial takedown occurred in 711 when Tarik ibn Ziyad along with 10,000 men conquered Toledo. Upon landing at Djabal Tarik (“Tarik’s Mountain”), or Gibraltar Ziyad encouraged and led his men to war. They descended upon Toledo and in one month, the Europeans were expelled from the Peninsula.

At the end of his career, Zayid was said to have spent his last days spreading the teachings of Islam in the distant East. 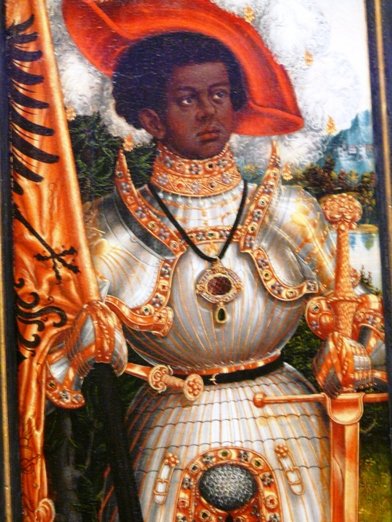 St. Maurice as a Knight in Shining Armor…Runoko Rashidi

According to the records of Bishop Euchenus of Lyons, who lived more than 1500 years ago, the Black Saint Maurice also referred to as the Knight of the Holy Lance was the patron saint of the Holy Roman Germanic Empire and the commander of  Christian troops stationed in Africa.

The Roman Emperor of Maximian ordered St. Maurice and his army to dispel a Christian uprising in Gaul, but he defied the order, preferring not to persecute the Christians or force them to worship the Roman gods.  In 280 or 300, St. Maurice and his men were executed in Switzerland near Aganaum (which later became Saint Maurice-en-Valais).

The teaching of St. Maurice spread in Switzerland, northern Italy, Burgundy, and along the Rhine, with a number of cities naming churches after him.

Roman Emperor Otto I revered St. Maurice so much that he chose the saint as the title patron in 962.  In 1184 in Halle, Germany a monastery and school was founded and dedicated to St. Maurice. In 1240, a replica of St. Maurice was erected in the cathedral of Magdeburg – the first Gothic building in Germany.

Other influences of St. Maurice can be seen in the Baltic States, The House of the Black Heads of Riga, the Mortizburg Castle in Germany, in the Metropolitan Museum of Art in a painting by Lucas Granach, and finally in the Gemaldegalerie in Berlin. 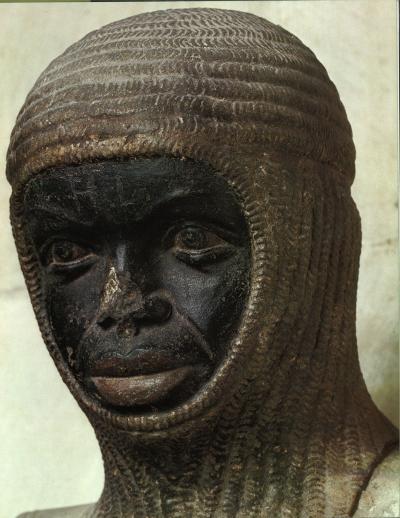 Sir Morien was said to have lived during the time of King Arthur’s reign and was even a member of the king’s round-table.

Of his features, Sir Morien was described, “He was all black, even as I tell ye: his head, his body, and his hands were all black, saving only his teeth. His shield and his armour were even those of a Moor, and black as a raven.”

The end of the dynasty

The remaining population of the Moors remained in 1492 in Al-Andalus.  King Ferdinand and Queen Isabella sent Spanish troops to remove the Moors out of Spain.  In 1496 a decree was formulated by King Manuel of Portugal directing the Moors to stay out of the portion of the Peninsula they inhabited. In 1609, the remaining Moors were banished by the order of the Spanish king, Phillip III. A mass exodus of Moors occurred between 1492 to 1610.

Of the latter, Queen Elizabeth lamented in 1596, “There are of late divers blakamores brought into this realm, of which kinde of people there are already too manie.”