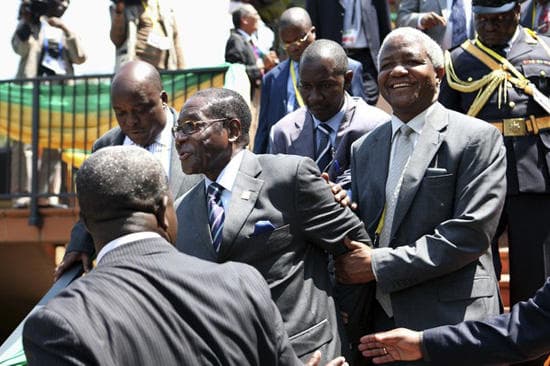 Controversial source, Wikileaks, reported Zimbabwe’s President Robert Mugabe has cancer last Friday. The claim was made public after a 2008 conversation between Reserve Bank of Zimbabwe governor Gideon Gono and former US ambassador James McGee was leaked via a US Diplomatic cable.

News of the 87-year-old Mugabe’s alleged ailing health has quickly spread across Africa as media outlets around the world scramble to confirm the news. According to the cable written by the US embassy in the country’s capital, Harare, Governor Gono told McGee that President Mugabe has prostate cancer. The cancer has spread to various organs throughout his body, and doctors have advised him to step down from power after predicting the cancer will lead to death within three to five years.

In a statement given to Zimbabwe’s privately owned newspaper, Daily News, Gono dismissed the claim calling it "fiction" and further saying he does not possess the "power to shorten or elongate people's lives.” According to BBC World, Mugabe dismissed rumors that he was dying of cancer and suffered a stroke in a September 2010 interview with Reuters news agency. Though the truth has remained hidden, many sources have circulated reports that the president is battling advanced cancer.

Despite rumors, Mugabe—who has held power for 31 years—and his political party Zanu-PF continue to prepare for the country’s upcoming elections. Zanu-PF and Prime Minister Morgan Tsvangirai's Movement for Democratic Change (MDC) party have not yet agreed on an election date, but President Mugabe has said it will take place before March 2012.