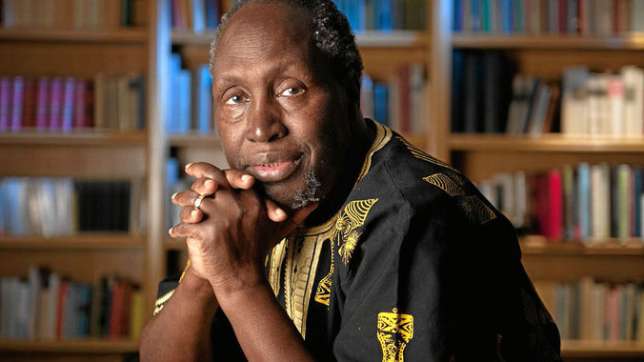 Ngũgĩ wa Thiong’o is a Kenyan writer popular for his books Weep Not Child and Decolonising the Mind. The writer, who now writes in his language, Gikuyu, is a global award-winning writer whose works focus on Africa and its interaction with its society before, during and after colonisation. Aside from these, Ngugi is also known to speak against Kenyan governmental decisions which he believes do not benefit the people. In December 1977, Ngũgĩ wa Thiong’o was arrested on orders of the then vice president Daniel Arap Moi who felt heavily insulted by the blunt political messages to the Kenyan government in his play Ngaahika Ndeenda (I Will Marry When I Want). Ngugi was sentenced to a year in prison without any trial or court appearance and was under strict observation. While in prison, he wrote his book Detained, A Writers Prison Diary which gave details on his time in prison. He also wrote his first novel in Gikuyu Caitaani mũtharaba-Inĩ (Devil on the Cross) all on a prison toilet paper. Ngugi was released a year after his arrest but had to leave with his family on exile for another 22 years.