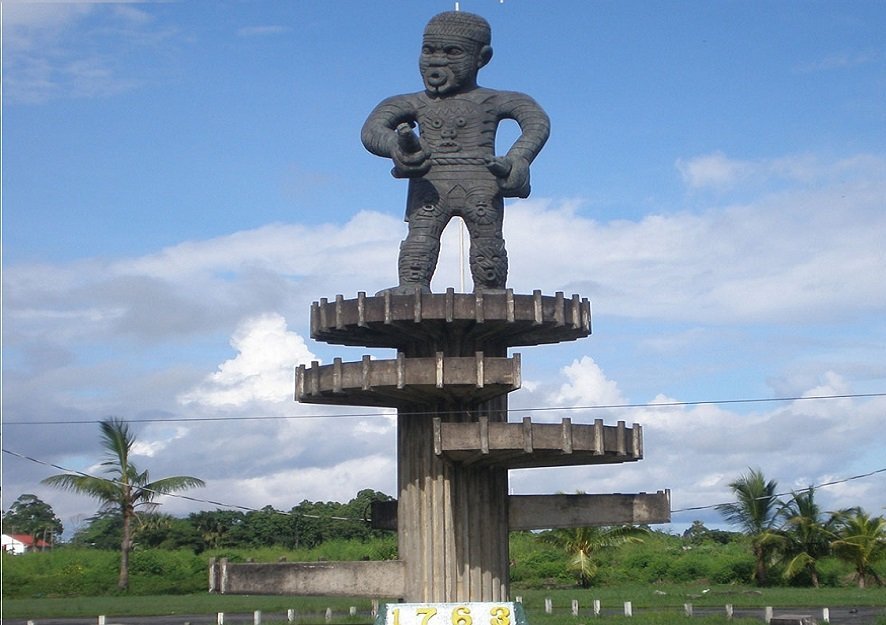 Even though not particularly in the Caribbean, Guyana is a small country in South America that is closely linked to Anglo-Caribbean countries and community through history, culture and most importantly its people. The country also suffered colonisation and the serious slave trade. Cuffy, also referred to as Coffy, Kofi or Koffi Badu was an Akan slave from Ghana who was transported to the Dutch colony of Berbice which is present-day Guyana. He lived as a slave in a plantation in Lilienburg on Canje river and after a few years of slavery, he led a slave uprising of over 2,500 slaves. In February 1763, Cuffy and his followers seized artillery and gunpowder and proceeded to take over the plantations in his community and those within close vicinity.  Though Cuffy and his supporters agreed to cease their operation, they killed many and captured the wife of the Bearestyn Plantation owner with Cuffy keeping her as his wife. The revolt lasted for a while until a civil war ensued between Akara and Cuffy in which Akara won and Cuffy committed suicide in May 1763. Akara was a follower of Cuffy who took orders from him but decided to take actions into his own hands attacking and killing Dutch colonisers. To date, the anniversary of the rebellion on February 23 is celebrated in Guyana as Republic Day.