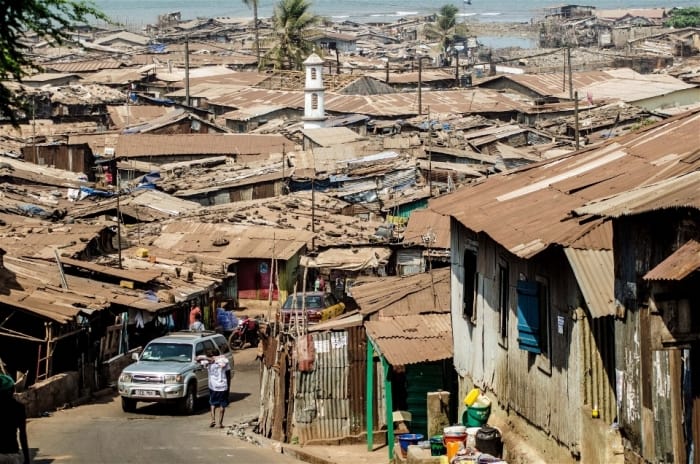 Kroo Bay is a slum settlement located on the coastline of Liberia’s capital, Freetown. In Kroo Bay, clean water is scarce and diseases caused by poor hygiene are widespread. This former fishing settlement is one of the poorest areas in Sierra Leone. In 2009, census figures put the population at just under 11,000 settlers, with the majority of the slum’s inhabitants living in ramshackle houses that are constructed from discarded metal, tin, and sticks.