Since its unveiling in 1983, an eight-foot bust of MLK that does not look like the civil rights hero has been sitting in Buffalo’s Martin Luther King Jr. Park creating a sense of unease among those who revere the black icon.

Thanks to a community activist in Western New York, Samuel Herbert, the city dwellers have found their voice to remove the bust designed by famed sculptor John Woodrow Wilson. 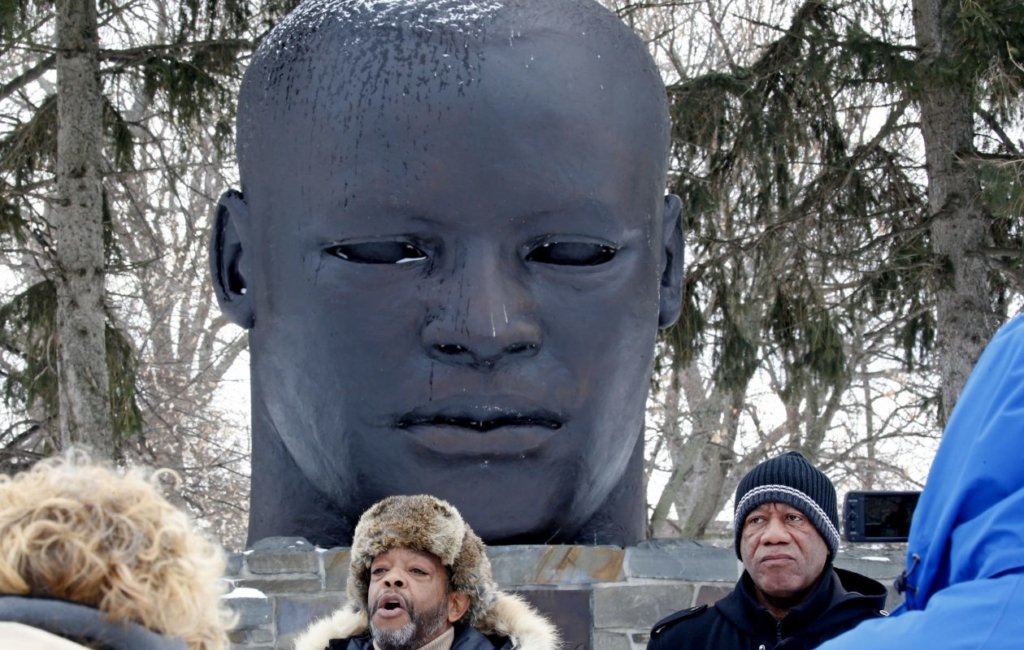 “We have allowed this distorted image to sit here for 35 years … Our beef has never been with the sculptor, but the committee that approved this shameful image of a great American. Enough of the symbolism, we want realism,” Herbert told local media.

As the chairman of the Coalition To Save MLK Park, he is garnering 10,000 signatures in person and on Change.org to start fundraising for a replacement statue by 2020.

According to a report by the Associated Press, the sculptor said the bust was supposed to be MLK’s representation and not his likeness. This assertion was supported by some art enthusiasts including the executive director of Hallwalls Contemporary Arts Center, Edmund Cardoni, who said:

“It wasn’t like he attempted to create a likeness and then failed at that. He knew he was making a lightly abstracted work that would convey the dignity, strength and power of Martin Luther King, and the whole civil rights movement. I loved it from the start. I still love it,” he told the Buffalo News earlier this year.

There are so many MLK statues and busts across the United States and unlike the one in Buffalo, they look like him.

The petition to get a replacement of the bust started on Dr. King National Holiday, January 15, 2018. The petitioners want to replace it with an enlarge life-size identical replica of Rev. Dr. Martin Luther King Jr.

“Our very legitimate criticism of the distorted image on exhibit arises out of the fact that it not only fails to exhibit any of the physical features of The Reverend, but it also suggests an insulting stereotype,” they stated.

Samuel Herbert vows to go to court for the removal of the bust if necessary.