African-Americans suffer from more lifestyle diseases than other races in the United States due to unhealthy eating habits and lack of exercise. Diabetes, hypertension, stroke, obesity and many other lifestyle diseases are much more prevalent in the 21st century.

In an effort to control the grim situation, two African-American women, Michelle D. Hare and Jackqulyn Snowden-Brown, established the M.A.J.E.S.T.I.C. fitness company in 2005 to encourage black people to love themselves by eating well, exercising regularly and honouring their bodies. 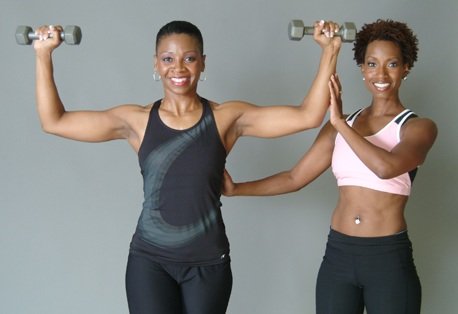 The dance and exercise enthusiasts use, among others, African dances and their over 50 years of combined experience in the fitness and dance industries to help schools, community organizations, churches, businesses, and individuals to attain good health.

In an interview with Michelle D. Hare, one-half of M.A.J.E.S.T.I.C. (Michelle and Jackqulyn Energizing Souls Together In Christ), she took Face2Face Africa through her African dance journey and how it all started when she was just eight years old.

“It started when I went to summer camp at an organisation called the African-American Cultural Centre. We had to do everything. We had to take ceramics classes, African history, theatre, African dance, African drumming etc. Starting at that young age is when I started developing my love of dance, in particular, African dance.

“So, I eventually joined an African company and all of the materials that we learned were from West Africa, particularly Senegal. We also had masters classes from the African Ballet of Senegal,” says Michelle, who just moved to Atlanta to start new dance classes after years of success in Rochester, New York, where her business partner is currently teaching classes at a local recreational centre.

Since 2005, they’ve been teaching dance classes and the most interesting genre is the African dance which is the most popular and intriguing. 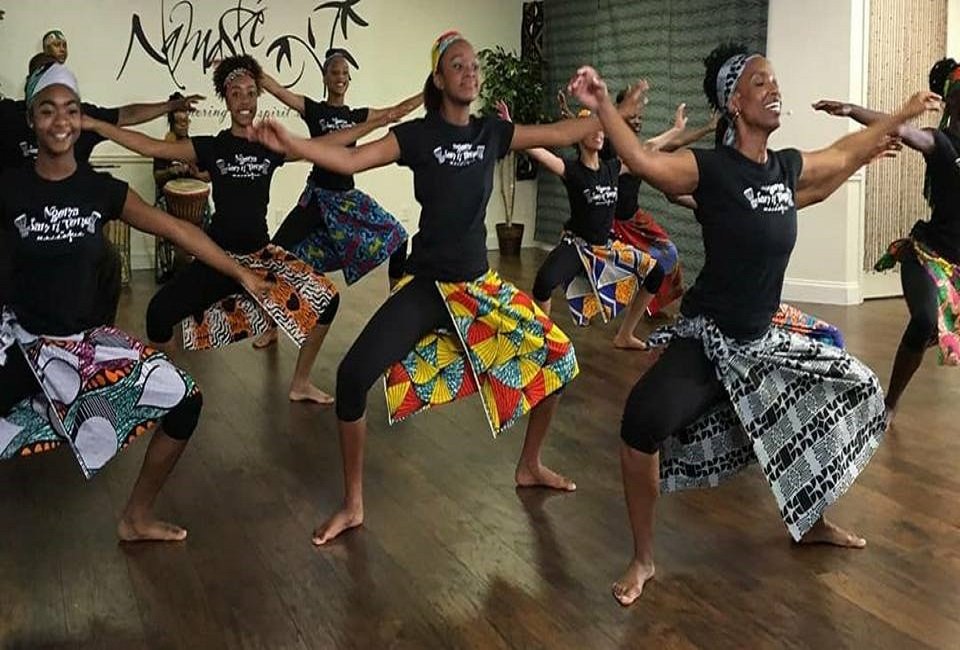 “The dance is just another way to exercise. We teach line dancing, soul line dances, cardio kickboxing and silver sneakers classes for a slightly less modern population. So we teach a lot of genres but the African dance is what’s so exciting and people seem to enjoy taking those African dance classes,” says Michelle, who had nursed a longtime dream of creating an African dance fitness video.

I’ve been talking to my partner about creating African dance videos for quite a while … After Black Panther and Wakanda Forever, that gave me more permission to go for it and go do it because we saw how black America was really taking in the culture, our African culture and the pride itself … It’s not only just the cultural piece that you are getting, it’s the exercise that’s so important as well.

She indeed released an African themed fitness video, thanks to Black Panther, and it is called Ngoma Jam ‘n Tone. Ngoma means dancing and music in Swahili and “that is exactly what you get with the video. There is live African drumming in both the cardio and strength training portions of the video,” Michelle explains.

She couldn’t hide her love for Africa where she visited Ghana in 2015 with her father and explored the rich history and culture.

“I went to Ghana three years ago and travelled with my father … It was quite an experience. It was empowering, inspirational. I didn’t really know what to expect and I saw a little bit of everything … It was such an amazing experience and I can’t wait to go back,” says Michelle who is planning on taking more trips to learn dance styles from East Africa, Southern Africa and Northern Africa.

M.A.J.E.S.T.I.C. was born out of a passion for fitness and a healthy community which Michelle believes was an inspiration especially when many black Americans were suffering from heart diseases, stroke and diabetes. 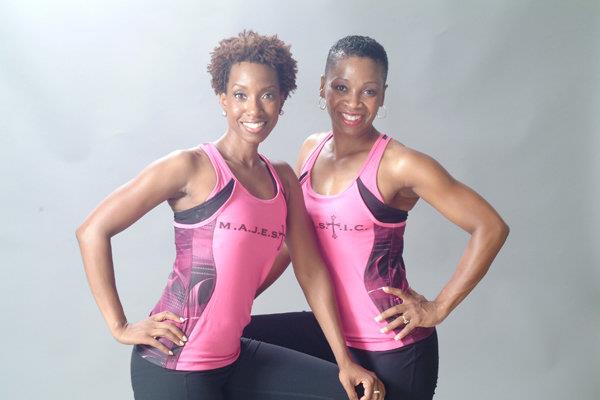 “We [Michelle and Jackqulyn] met at work, we had full-time jobs and we both had a passion for fitness … We decided to start a business and in doing so, I also realized how many black Americans suffer from metabolic syndrome, increased blood pressure, high blood sugar and excess fat around the midsection, abnormal cholesterol and all those conditions,” she said.

Michelle added that learning that some of her relatives had a history of diabetes and heart diseases inspired her to “use our fitness business to play a part to educate people to have a healthy lifestyle … Even though there is access to information, we still find that there are a great number of people who still lack knowledge about proper ways to eat and fill their bodies and proper ways to exercise.”

As a fully insured and certified Minority/Women-Owned Business Enterprise with clearance by the New York State Department of Education, M.A.J.E.S.T.I.C. takes its clients through national group exercises, personal training, CPR, and first-aid certifications.

Michelle D. Hare, who is gorgeously 43 years old, describes herself as a continued learner and plans to get a doctorate degree in public health and to use that to be a strong practitioner and advocate of health promotion throughout the world.

The A-student had ended her dream of becoming a medical doctor and sports physician while in college by changing her major. She graduated with an undergraduate degree in urban policy studies and masters in public affairs. The sciences, however, caught up with her after all.

Your passion is always your passion, what you love never leaves your heart. And some 15 or so years later, I went back to school and got a degree in nutrition and exercise sciences … I really like to understand the physiology of the body, the anatomy of the body in a different way. So all the classes that I run from, the organic chemistry, the biochemistry … I had to take them in this programme and I am proud to say I graduated with a 3.94.

Michelle D. Hare believes that you have to stick to what you love or else your passion will keep knocking at your door until you surrender to it. 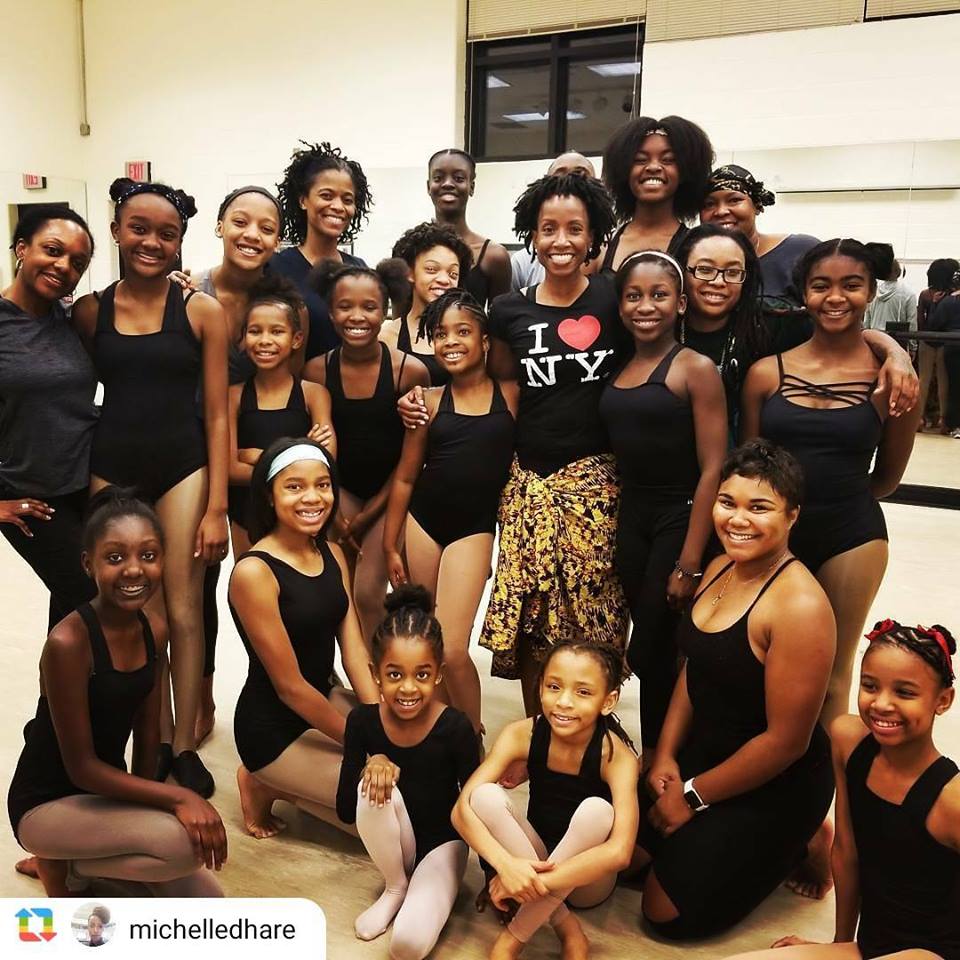