South Africa, said to be Israel’s harshest critic outside the Islamic world due to apartheid, has brought back smiles to the face of a Palestinian teenager who was shot by Israeli soldiers during a night raid in his village.

The 15-year-old, Muhammed Tamimi was shot in the head at close range with rubber-coated, metal bullet in his village of Nabi Saleh in the Israeli-occupied West Bank in December last year.

According to Afro-Palestine Newswire service, the incident caused the removal of a large part of the teenager’s skull and this affected the movement of his eye and mouth.

Thanks to a surgery performed by South African doctors in Johannesburg on Sunday, a large part of his eye and mouth has now been reconstructed, bringing back joy into the life of Tamimi. 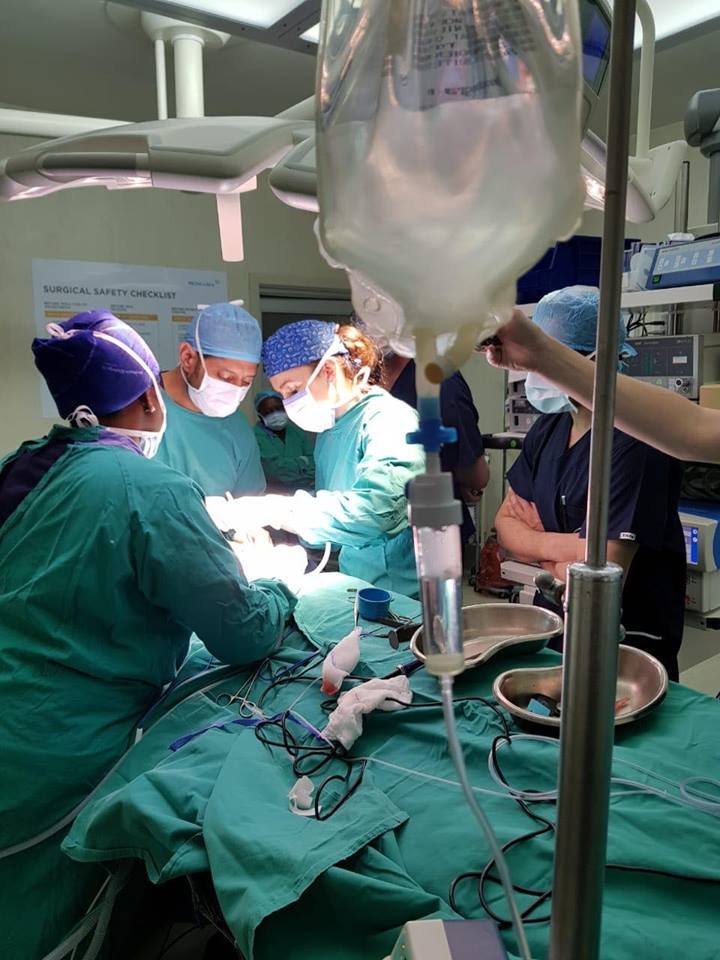 Award-winning South African surgeon, Ridwaan Mia who led the five-and-a-half-hour operation said the procedure went well and is elated with the progress that the boy is making, adding that he is confident that Tamimi will regain full use of his left eye.

Tamimi had posted his predicament on Facebook, asking for help to have reconstructive surgery till Durban-based NGO, Shamsaan came to his rescue.

On Monday, Mandla Mandela, grandson of Nelson Mandela visited Tamimi at the hospital and expressed appreciation to all those involved in Tamimi’s operation.

“They are proud examples of South Africans who give real expression to Madiba’s spirit of sacrifice and caring for one’s fellow man especially the most vulnerable amongst us,” he said, adding that he will take an excited Tamimi to see Madiba’s statue at the Union Buildings in Pretoria once he recovers.

One may be wondering why South Africa has shown so much interest in the fate of the Palestinian teenager.

Following the overthrow of the apartheid regime in South Africa, the government did a U-turn on Israel after what was once a warm relationship.

Israel was one of the few countries to maintain strong ties with South Africa during a comprehensive international campaign to isolate it in order to end apartheid in the 1980s and 1990s.

Though Israel continued to denounce apartheid in the 1960s, it privately began to cultivate relations with South Africa in secret.

“At various times during the 1950s and 1960s it was in the interest of either Israel or South Africa to keep the relationship quiet: in an attempt to offset the hostility of its Middle East neighbours, Israel was striving to develop friendly relations with the emerging nations of Africa, while South Africa was trying to build economic ties with Arab states. However, as hopes of normalizing their foreign policies grew dim, the two states were drawn increasingly closer. Arms sales were a prominent aspect of the relationship, and the two countries began sharing military and intelligence information after Israel’s 1967 war. This help later proved valuable to South Africa in its attacks on its neighbours,” an article on palestine-studies.org stated.

The pro-Palestinian Boycott Divestment Sanctions movement meant to pressure Israel is modelled on the anti-apartheid campaign, the Times of Israel adds.

After apartheid, the relationship between Israel and South Africa has been strained, with the governing African National Congress largely sympathetic to the Palestinian cause in the wake of their conflict with Israel.

The ANC had voted to urge the government to immediately downgrade Pretoria’s embassy in Israel, with a South African official recently accusing Israel of being the world’s only apartheid state due to its policies towards the Palestinians and other non-Jews. 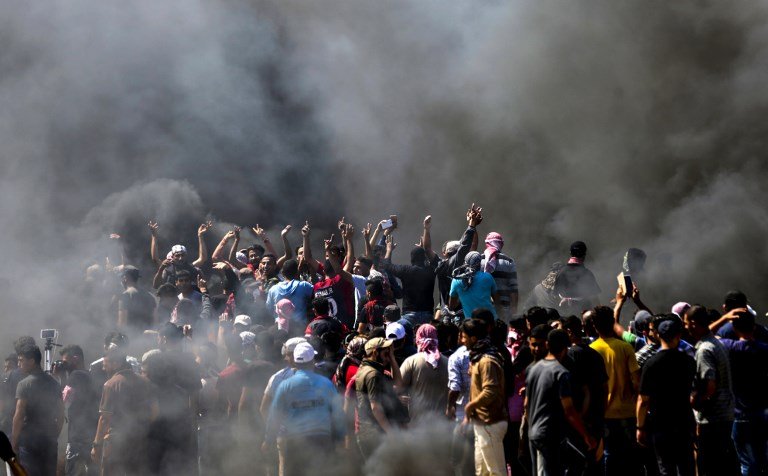 Over 150 Palestinians have been killed and more than 2,000 wounded by Israeli troops since the 2014 Gaza war — Times Of Israel

Despite the danger of losing aid and trade, the South African government, early this year, recalled its ambassador to Israel “until further notice,” in protest of the deaths of at least 55 Palestinians in violent clashes with Israeli troops on the Gaza border.

“The government had to weigh up our values of human rights, of freedom, democracy and self-determination against a valuable trade regime, as well as aid packages from the US. And I think we made a correct decision by choosing on the basis of our values. Hopefully, the spirit of that decision will become infectious, leading other countries to stand by their principles,” Ebrahim Rasool, formerly an anti-Apartheid activist, turned politician said in an interview this May.

The South African government had before this discouraged travel to Israel in solidarity with Palestine.

“The people of Palestine continue to suffer in their rightful quest for self-determination … We reiterate that we firmly discourage travel to Israel for causes not related to fostering peace in the region,” then-president, Jacob Zuma said in 2017 during the 105th-anniversary celebration of the African National Congress in Soweto.

He added that the party will support the December 2016 UN resolution against Israel and called on the Palestinian people to unite and achieve their goal.

Over 150 Palestinians have been killed and more than 2,000 wounded by Israeli troops since the 2014 Gaza war. Palestinians have been protesting but this escalated, leading to more deaths on the day the U.S. opened its embassy in Jerusalem, a move the Palestinian people described as clear U.S. backing for Israeli rule over the whole city, whose eastern part they claim.

As the Palestinian struggle for freedom and human rights captures international attention, more and more countries have come under pressure to declare their stance on the Israeli occupation and South Africa has never shied away from stating their position.

Coming out of apartheid, they have an empathy with the problems being encountered by the Palestinians and are probably being moved by the words of their former leader, Nelson Mandela who once said that “…our freedom is incomplete without the freedom of the Palestinians.”