Tired of the fighting, many war weary youth in South Sudan are calling for peace and unity within their country by using the power of street art.

A group of young South Sudanese have recently come together to form the Ana Taban Peace Movement whose core aim is to promote peace among all South Sudanese and end the fighting that has gripped the country with striking murals in various locations around the capital of Juba.

The Ana Taban Peace campaign was launched by about 20 South Sudanese in early September, bringing together talented performers from diverse genres of street art including musicians, actors, playwrights, and painters who are using their art to call for an end to the three year civil war that has rocked the world’s newest country.

In the local language, Ana Taban literally translates to “I am tired,” with Ayak Choul, one of the organizers of the movement, saying, “We are using art as a conversation starter then we will move on to workshops and group discussions.”

The Ana Taban Movement, which also includes sculptors and poets, has equally harnessed the power of social media by establishing an online presence using the hashtag #AnaTaban.

In commemoration of Wednesday’s UN International Day of Peace, the group unveiled a series of new paintings meant to remind the people and leadership of the country of the need for peace and unity.

The paintings also underscored the power and potential of working together as one united country without needing to withdraw into ethnic or tribal groups that often only serve to promote the self-interest of a privileged few.

See the art below: 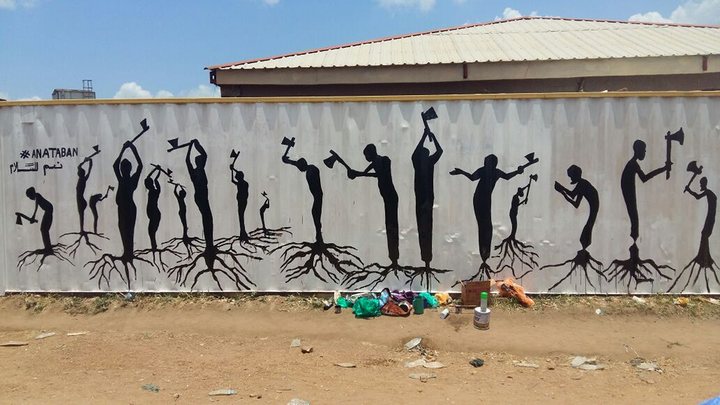 The Ana Taban street art exhibited a number of poignant paintings, including that of a dressmaker busy stitching flags of the country together, the potential of the country’s people in their professional endeavours, and a group of people bent over and hacking away at their own roots.

South Sudan became the world’s newest country in 2011, when it finally split away from Sudan after years of a bitter civil war. However, the joy and pride the citizens of the now independent South Sudan had in their country was cut short in December 2013, when fighting broke out between forces loyal to President Salva Kiir and his then-Vice President Riek Machar. 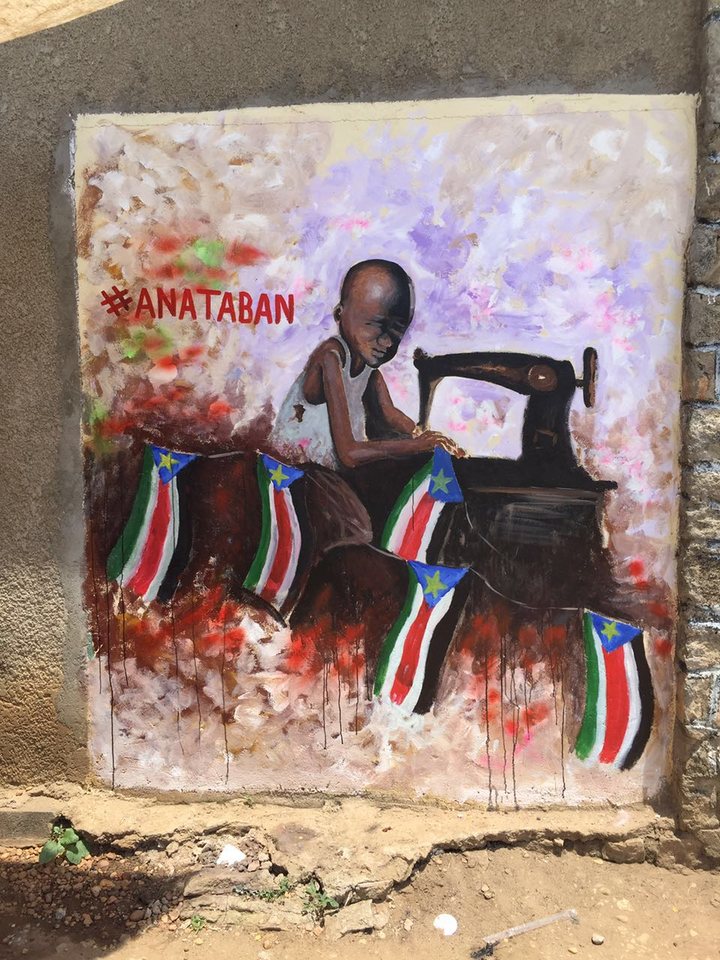 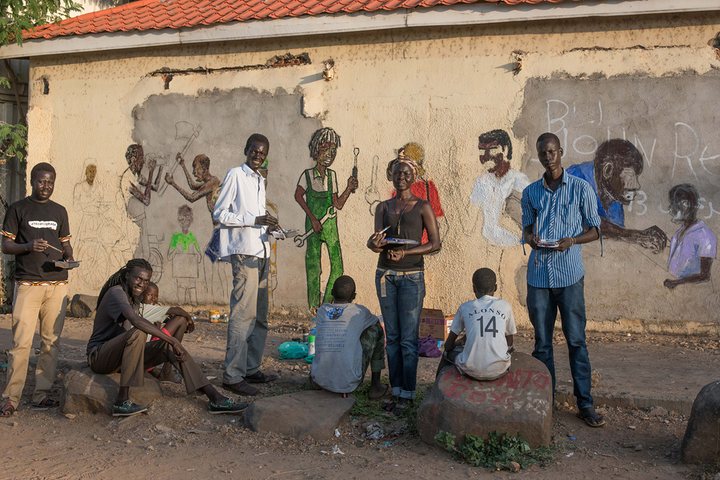 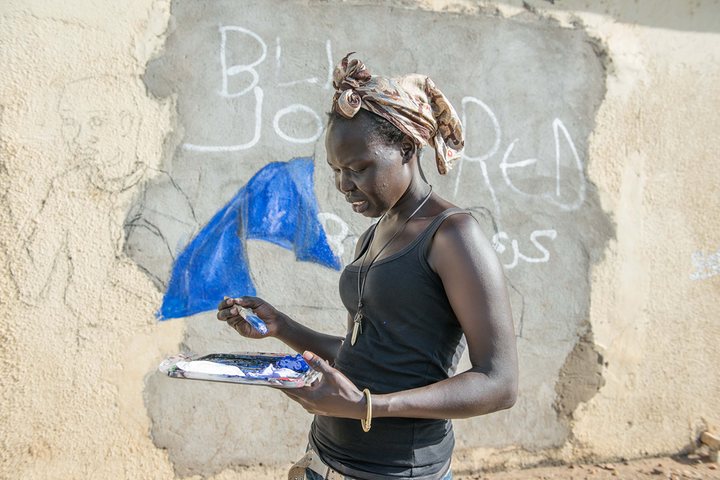