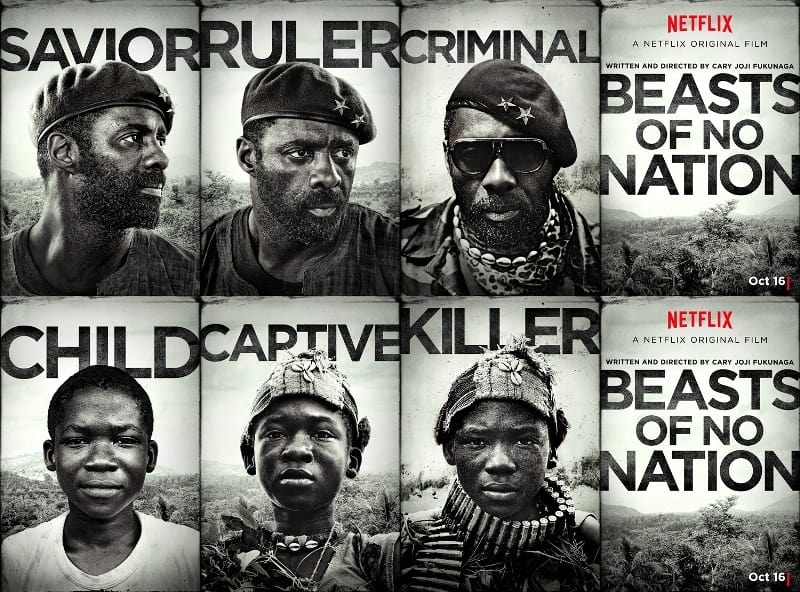 Recently, I watched the recent Netflix release of “Beasts of No Nation” an African civil war film, based on the novel by Uzodinma Iweala, starring Idris Elba and Abraham Attah. I thought the movie was perfectly done and accurately — though not exhaustively — portrayed the horrors of warfare and the plight of child soldiers.

The movie was reminiscent of another movie entitled “Johnny Mad Dog,” which depicted the life of child soldiers during the Liberian Civil War. As a woman of Liberian heritage, these movies really struck a cord on my heart strings. By the grace of God, I was not born in to the reality of civil war, but the stories of family members played in my mind as I watched both movies.

Unfortunately, children are used as disposable soldiers because they are easily manipulated and intimidated. According to nongovernmental human rights organization Human Rights Watch, many children, as young as 8 years old, serve as soldiers around the world (Bleasdale, 2013). Many children are forced, many are coerced, and many others join “armies” because they are desperate to survive (Hogsholt, 2010).

A child who has lost his entire family and sense of security is a prime target for rebels, warlords, terrorists and the like, “Young and immature, they are often easily exploited.” (Hogsholt, 2010).

For a child soldier it is as much of a psychological war as it is a physical one.

Watch the “Beasts of No Nation” trailer here:

Some people have expressed disappointment with “Beasts of No Nation,” because they believe that it perpetuates the stereotype of Africa being a land of war and child soldiers. However, I think if one knew the history of the Liberian (or even Sierra Leonean) War, you would have easily recognized that the movie was NOT a blanket and general depiction of all of Africa.

I understand the frustration of those who may not have made the connections; moreover, I must admit that I am not familiar with the original story line of the novel. Despite whether one liked or disliked the movie, though, it still held a mirror up to  one of the many faces of Africa.

So I ask, what can we learn from the not-so-beautiful events of Africa’s modern history? And how can we move forward to address the effects of war, poverty, child soldiers, political unrest, corruption, and much more?

We can continue to simply be angry with colonialism and its consequences and attempt to sweep these harsh realities under the rug or we can find solutions to the issues we as Africans face.

As Africans we know that our continent has so much to offer. Perhaps this movie serves to remind us that there are Africans who have survived unthinkable circumstances and that we should strive to create societies in which all of us can live peaceably, especially our children.

What did you learn from the movie?

RELATED: IDRIS ELBA TO FILM ‘BEASTS OF NO NATION’ IN GHANA