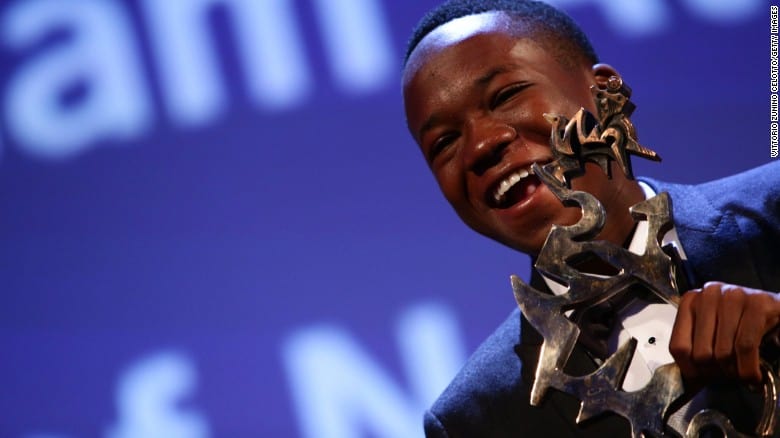 Attah, who has no prior acting experience, was haphazardly scouted for “Beasts” in Accra while skipping out on school. “We were playing football on our school field when a White man came and said, ‘We need some boys for a movie.’ We went to a TV station in Ghana for an audition and…I was cast.”

Formerly a street vendor, Attah, who acts beside award-winning actor Idris Elba (pictured), quickly adapted to his new role as an actor.

“Beasts” director Cary Fukunaga, who is known for his work for his Emmy-award-winning work in “Sin Nombre” and “True Detective,” says of Attah, “[He had] zero film experience, little education…but he became a somewhat professional actor, which was astounding to watch.” 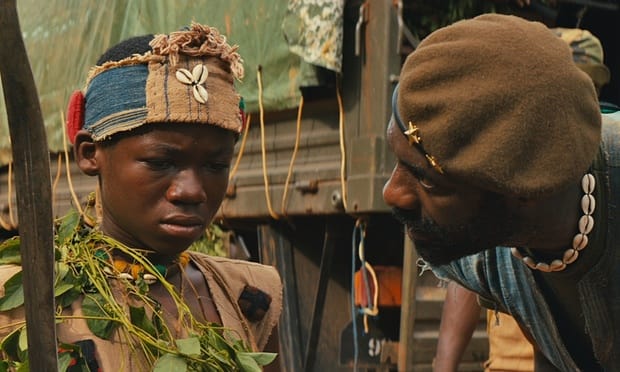 In “Beasts,” Attah plays the character of 9-year-old “Agu” who is forced to run away from home due to a civil war.

“Agu” gets caught up in a factional rebel unit and is transformed into a child soldier whose group is led by a nefarious warlord (Elba).

Watch the “Beasts of No Nation” trailer here:

“Beasts” is based off of Nigerian author Uzodinma Iweala‘s 2005 eponymous novel and is one of the first film offerings of Netflix, an on-demand streaming media company.

The film will become available on Netflix and in select movie theaters on October 16th.