The Belanda Hitam, meaning Black Dutchmen in Indonesian, was a group of Ashanti and other Akan soldiers recruited to fight in the Royal Netherlands East Indies Army (KNIL) during the colonial period. 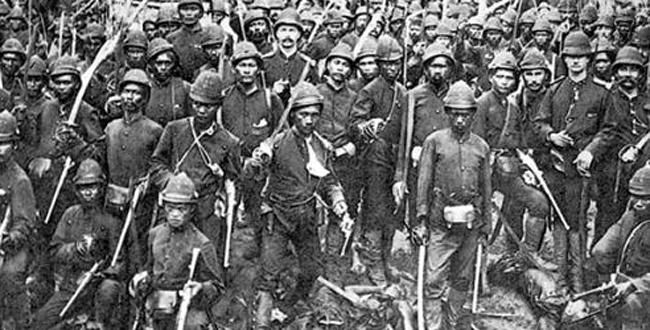 From 1831 to 1872, 3,000 soldiers were recruited from the Dutch Gold Coast, in what is known as modern-day Ghana. Extra soldiers were needed as a result of the Dutch’s large number of casualties due to previous battles. The Dutch also wanted to ensure forces were loyal and soldiers would be resistant to tropical illnesses.

Initially, Afro-Europeans were enlisted in Elmina, southern Ghana.  They were sent to Sumatra.  Though their appearance and physique were impressive, they proved less resistant to sicknesses. The Dutch government then started recruiting the Ashanti people.

In 1836 Major General Jan Verveer began negotiations with the king of the Ashanti, King Kwaku Dua.  After lengthy talks, the King agreed to a recruiting branch office being built in Kumasi. On November 1, 1836, General Verveer departed with 900 people carrying gifts and supplies to Kumasi.  Jacob Huydecoper, a Dutch official from Elmina of Afro-Dutch descent, oversaw the operation of the branch office. 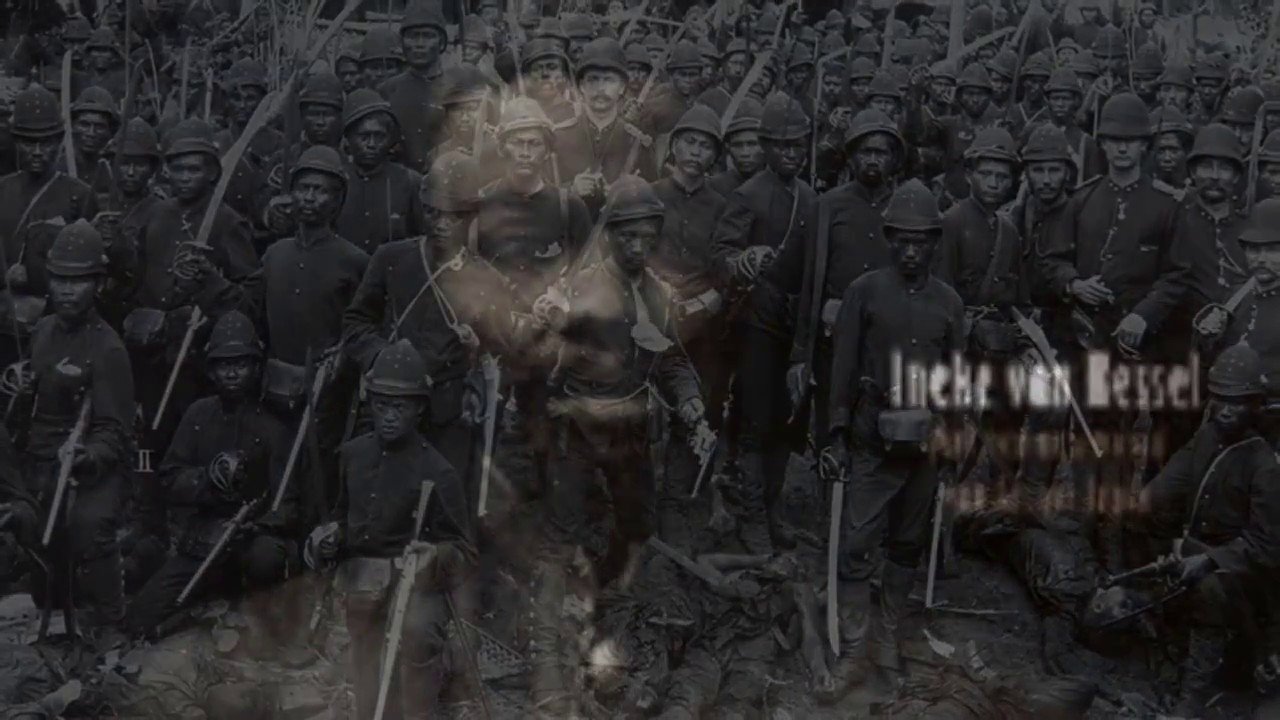 King Kwaku Dua sent two princes – Kwasi Boachi and Kwame Poku Boachi for training in the Netherlands. Their accounts are documented in The Two Hearts of Kwasi Boachi.

Since slavery was abolished, the King supplied the Dutch with soldiers who were slaves and prisoners of war from surrounding regions.  Though they were entitled to pay, the British ceased this agreement in 1842.  In 1855 recruitment resumed on a voluntary basis.

The Treaty of Sumatra in 1871  ceased the enlistment of African troops for the Royal Netherlands East Indies Army. The British also took control of the Netherland’s belongings on the Gold Coast. 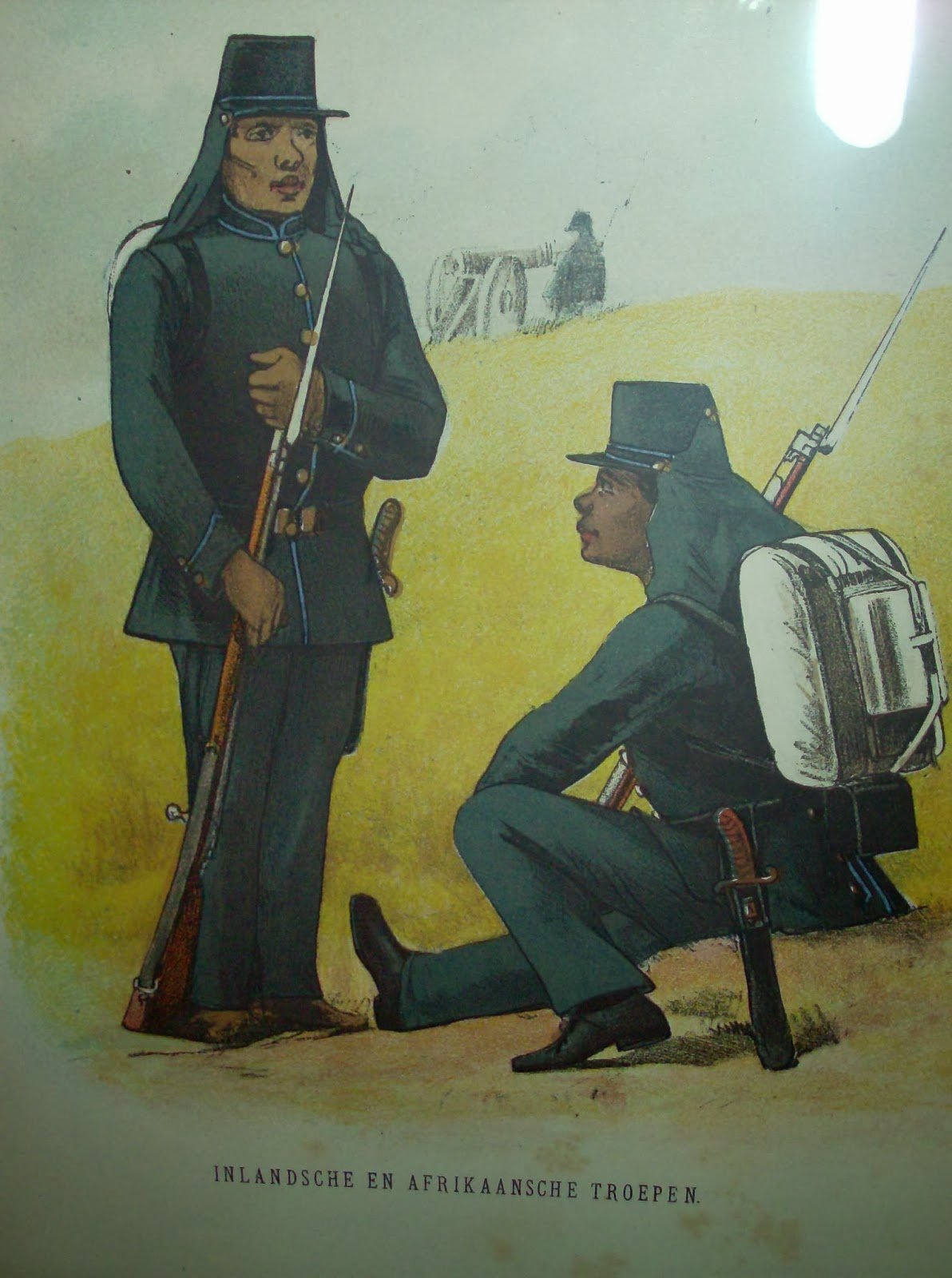 On April 20, 1872, the last batch of African soldiers departed for Java, an island in Indonesia. Between 1876 and 1879, thirty black American troops were recruited for KNIL.

In 1890 an attempt to rally Liberian soldiers for war failed. 189 Liberian soldiers returned to Liberia in 1892 amidst claims of unfulfilled promises from the Dutch. Despite no recruitment measures, the KNIL still had African troops serving within their ranks.  This was due to the descendants of African and Indo-African soldiers initially placed in the KNIL army during the 1830s.

The Elmina Java Museum, established in 2013, is dedicated to the legacy of the Belanda Hitam.

The museum is funded by the Edward A. Ulzen Foundation. Manus Ulzen, a descendant of Edward Ulzen fought in the KNIL as well.