It is a hundred years since the brutal murder of 21-year-old Mary Turner, a young pregnant black mother of two who was lynched on May 19, 1918, by a white mob only a day after the lynching of her husband, Hazel Turner.

Turner was killed by a river between Lowndes and Brooks counties in Georgia for protesting against the lynching of her husband who was killed during a raid by the white mob following the murder of a white plantation owner in Brooks County by one of his black workers.

This began the peak of lynchings and racially motivated violence by whites against black people in the American South. Thousands of black people including women were lynched.

Smith is known for beating his workers including Mary Turner whose husband was convicted by an all-white jury and sentenced to a chain gang for threatening his wife’s abuser.

One of Smith’s workers, Sidney Johnson, who was a convict offered by the state to Smith for a fee to work on his farm, shot him and his wife through a window in their house after enduring series of violent abuses.

Johnson killed Smith and wounded his wife before fleeing the scene. While he hid in Valdosta, Georgia, a large manhunt in Brooks County killed at least 13 black people in two weeks.

Among them was Mary Turner’s husband who was picked up for his previous encounter with Smith. Hazel Turner was locked up in a jail cell and later released to the mob during a transfer to another prison. He was lynched near the Okapiloo River in Brooks County and his body was left hanging from a tree over the weekend.

Eight months pregnant Mary Turner was upset and threatened to have the mob arrested. The mob then turned on Mary who had fled after hearing of her protest against her husband’s death.

Mary Turner was captured by the mob which was made up of hundreds of white people and they took her to a river bank in the Brooks County.

Mary Turner was tied and hung upside down by the ankles, her clothes soaked with gasoline, and burned from her body. Her belly was slit open with a knife like those used in splitting hogs. Her unborn babe fell to the ground and gave two feeble cries. Its head was crushed by a member of the mob with his heel, and the crowd shot hundreds of bullets into Turner’s body. – Recounts NAACP investigator Walter F. White.

Mary Turner was later cut down and buried with her child near the tree she was hung from. A whiskey bottle was used to mark her grave.

Those who were lynched in the area included Will Head, Will Thompson, Julius Jones, Eugene Rice and Chime Riley.

Sidney Johnson, the wanted black man who killed Smith, was killed in a shootout with police after reaching Valdosta in Georgia. A mob appeared at the scene upon hearing of his arrival and mutilated his body, dragged it behind a car in a procession. They hanged his body from a tree and burned it.

The lynchings gained national attention and were highlights of the NAACP’s campaigns for Congress to pass legislation against lynching.

Walter F. White, who was also the NAACP assistant secretary, got names of two instigators and 15 participants of the lynching from the Georgia governor Hugh Dorsey. No one was ever charged with the killing of Mary Turner.

In 2008, the Mary Turner Project was formed to educate students and communities about the May 1918 lynchings and racial injustice. In 2010, a Mary Turner and the Lynching Rampage memorial was placed near the lynching site in Lowndes County. 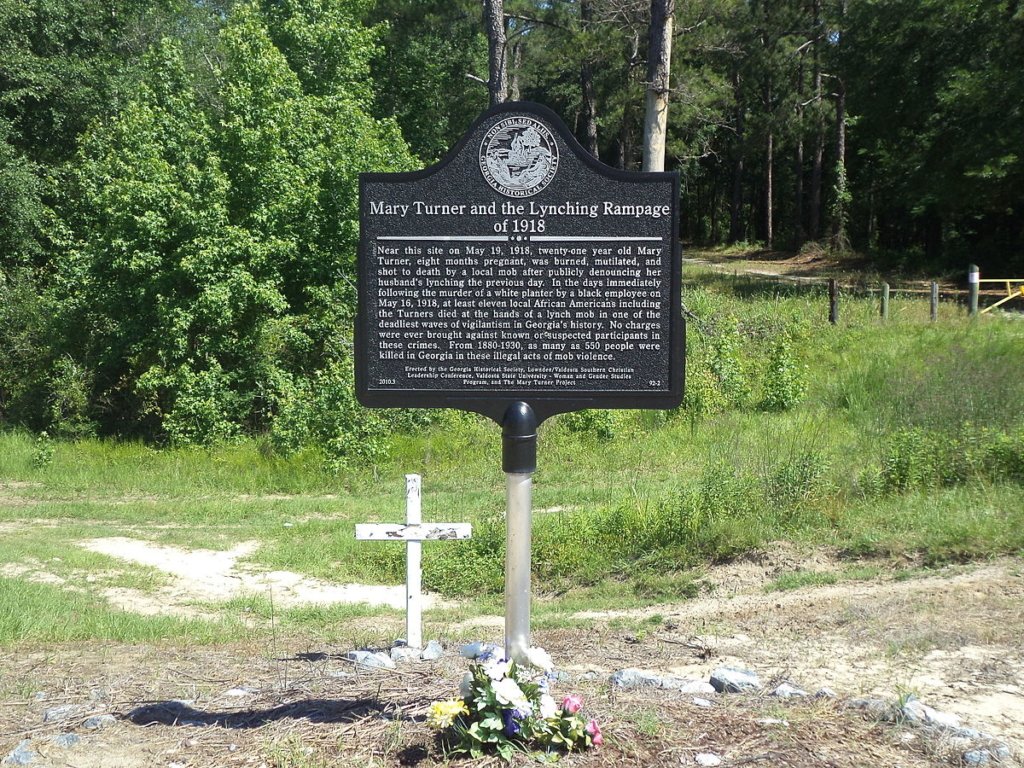 On May 19, 2018, a group of relatives and descendants of Turner joined dozens of people in Georgia to honour her life through songs and praises.