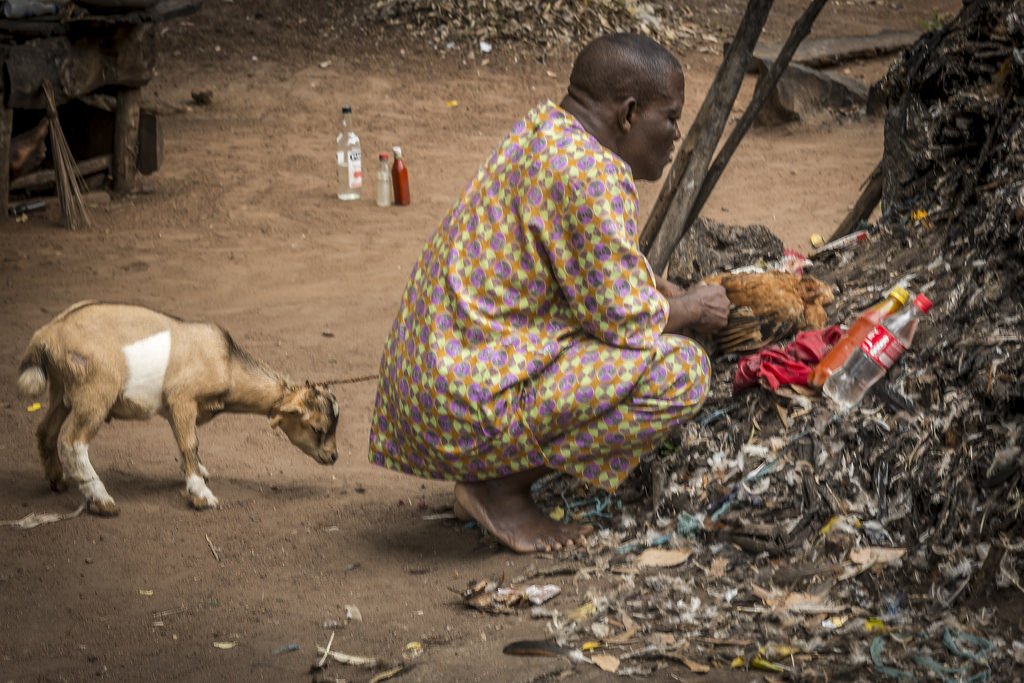 Considered one of the most powerful shrines, the Dankoli Sacrifice Shrine is the place where ceremonies are performed in exchange for favorable outcomes from the Gods.

The shrine boasts a mound of blood, feathers and guts that visitors must spit libations made of locally produced gin named Akbateshie.

Visitors who wish to proceed in ceremonial activities may be asked to offer blessings to the Gods in the form of libations or peg a nail into a shrine.