The Nigerian government has been heavily criticized by the world’s second richest man, Bill Gates for failing to improve the basic infrastructural elements needed to enhance the lives of people in the country.

According to Gates, who is the co-chairman of the Bill and Melinda Gates Foundation, the execution process of the Economic and Recovery Growth plan launched by President Muhammadu Buhari in 2017 to restore the country’s economy does not reflect the needs of the people.

He was speaking at the expanded national economic council presided over by Vice President Yemi Osinbajo on Thursday.

“Nigeria is one of the most dangerous places in the world to give birth with the fourth worst maternal mortality rate in the world ahead of only Sierra Leone, Central African Republic and Chad. One in three Nigerian children is chronically malnourished.

“The Nigerian government’s economic recovery and growth plan identify investing in our people as one of three strategic objectives. But the execution priorities don’t fully reflect people’s needs, prioritizing physical capital over human capital,” he was quoted by local media, The Cable. 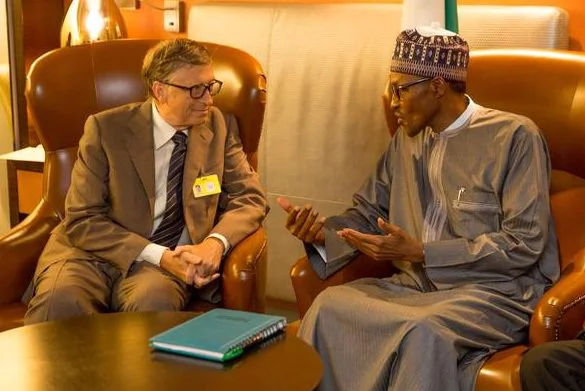 The Nigerian government has since assured that it would deal with the challenges mentioned.

“One of the primary planks of our economic recovery and growth plan is ‘investing in people’; and it is for this reason that we are expanding the reach and quality of our healthcare through the National Health Insurance Scheme and working to guarantee basic education for all persons whilst also upgrading and modernising the quality of secondary and post-secondary education. We are engaged fully as a government in particular and as governments in the various states to ensure that we are able to address some of these concerns,” the vice president, Yemi Osinbajo was quoted by local media Daily Post.

The shots fired by @BillGates at @AsoRock today were timely and well said. This government has spent three years blaming the previous administration and not enough time preparing its own economic plans and implementing them. It took a foreigner to say this truth to power. Kudos!

It is true that Nigeria, under Buhari, is the worst place in the world to be born. But only if you‘re human. If you are a cow, Nigeria is paradise. Humans can be killed so you can live. Under Buhari, the value of human life has fallen and that of cattle has risen

Nigeria is on a firm pathway to prosperity, but there is a lot more to be done in primary healthcare, nutrition, agriculture and financial inclusion. It is always good to have @BillGates in #Nigeria, where he is working with @GatesAfrica partners on all these issues.

Dear @realDonaldTrump, please put your embassy in Nigeria at alert. @BillGates has just told truth to power and in Nigeria, speaking the truth to Buhari is often considered as ‘hate speech’. I don’t know if you are aware, but the APC has a bill prescribing death for hate speech!

Bill Gates in Nigeria talks about the country’s youth: “More than half of rural Nigerian children can’t adequately read and write.”

“The conclusion is inescapable, Nigeria’s economy tomorrow depends on improving its schools today.”

At State house in Abuja listening to @Billgates share his vision 4 a Nigeria that thrives through prioritizing health & education. Half of Nigeria’s children can’t read & write. The health system is broken. #ImagineNigeria if this was reversed. What does it take ? pic.twitter.com/hC6A4GGtFc